Australia hasn't acknowledged any COVID vaccine other than the AstraZeneca Vaxzevria, Pfizer Comirnaty and Moderna Spikevax, which are currently used in the country.

Australia says it is considering a mechanism to recognise vaccines that are currently used in countries such as India.

"The Australian government is considering mechanisms for recognising vaccines not approved for use in Australia by the Therapeutic Goods Administration," the Department of Health told SBS Hindi in a statement.

"Australian Technical Advisory Group on Immunisation (ATAGI) continues to consider the emerging evidence on COVID-19 vaccination, including vaccines provided outside of Australia and the protections offered."

Australia could roll out digital vaccine passports as early as October before the travel restrictions are lifted. Australia could open its international borders once 80 per cent of the eligible population is vaccinated.
AAP Image/James Ross

According to a four-phase plan announced earlier by Prime Minister Scott Morrison, Australia could allow international travel once 80 per cent of the eligible population is fully vaccinated.

The latest data from the Department of Health shows about 39 per cent of the population over 16 is fully vaccinated, and 64 per cent has received their first dose.

"Decisions around the treatment of persons vaccinated both in Australia and internationally for the purposes of domestic and international movements are still under consideration," it said.

"This includes the potential use of digital vaccine certificates. Any decisions made will be based on the emerging evidence and ensure appropriate privacy and security provisions have been accounted for," it added.

Australia is considering vaccines that could be approved for the purpose of international travel arrangements. 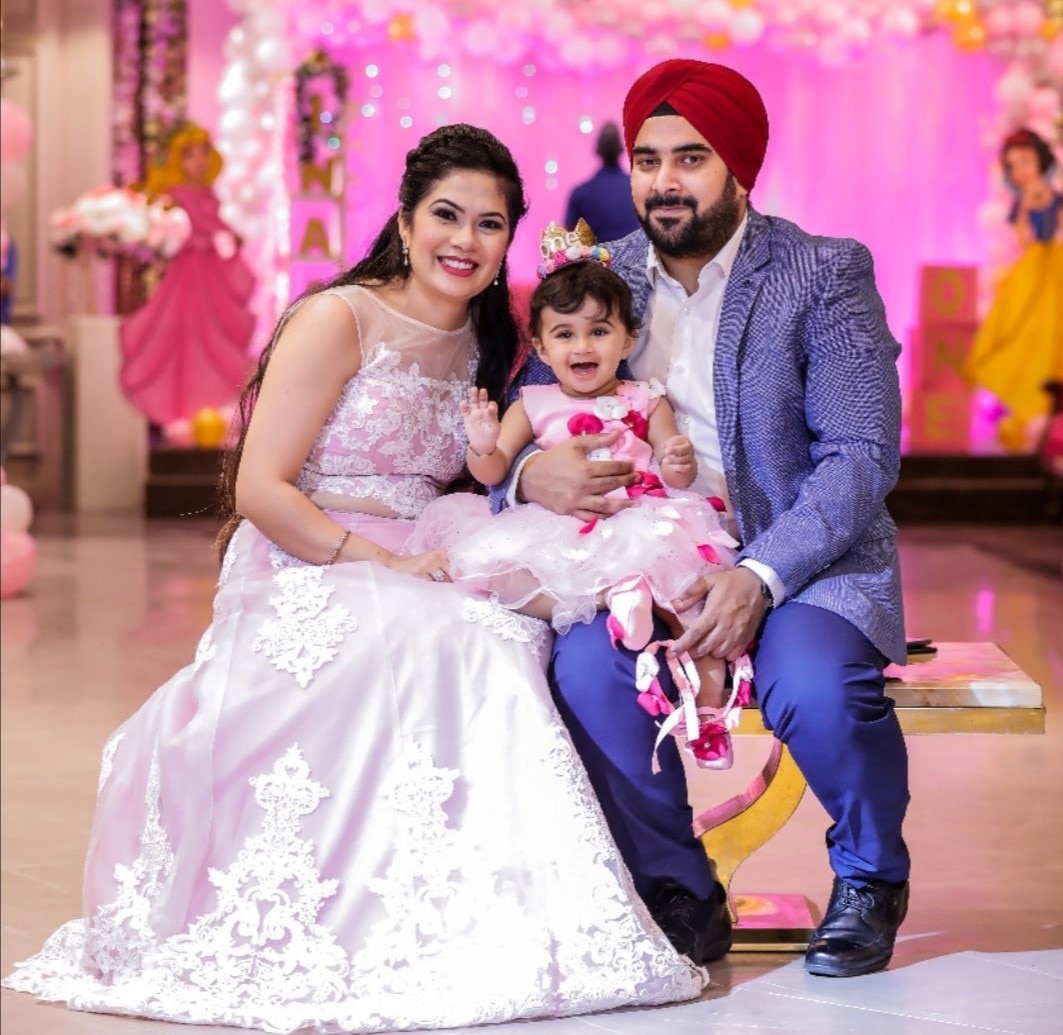 Australia has issued a digital vaccine certificate to Melbourne resident Pritpal Singh (r) and his wife Charu Malla. The couple took Covishield, the Indian-made version of AstraZeneca's Vaxzevria vaccine, before arriving in the country on 1 August.
Supplied by Pritpal Singh 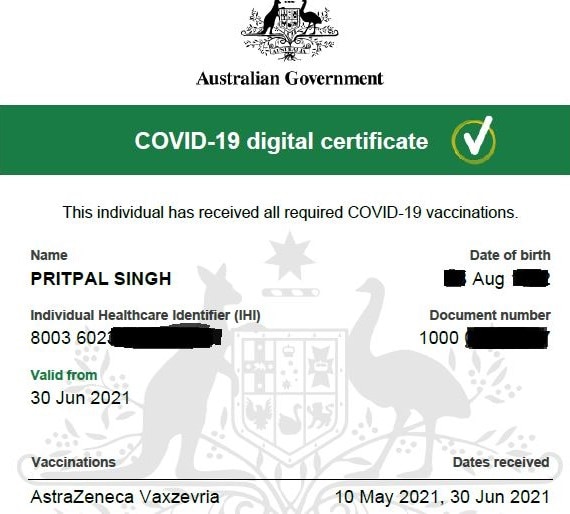 Pritpal Singh says returning residents should approach their GPs if they had taken the Covishield vaccine in India.
Supplied by Pritpal Singh

"If a person has received one of these vaccines overseas this can be reported to the AIR. The person needs to provide documents in English that show what immunisations they've had, and they need to take these to a recognised vaccination provider in Australia," the Department said. 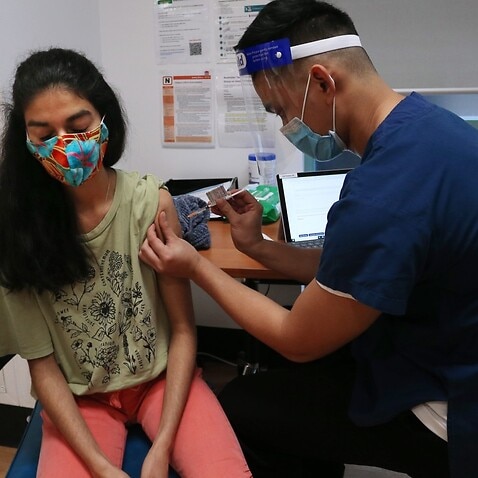 Returning Melbourne resident Pritpal Singh said he and his wife Charu Malla have got their Australian vaccine certificates.

Both received Covishield, the Indian-made version of AstraZeneca's Vaxzevria jab, before arriving in the country on 1 August.

"I approached the medicine manufacturer in India which said AstraZeneca administered all over the world is the same. The Indian and the Australian AstraZeneca are the same.

"I provided all these details to my GP, who then entered our vaccination details under the AstraZeneca head in the AIR. This is how we got our certificates in Australia," Mr Singh added. 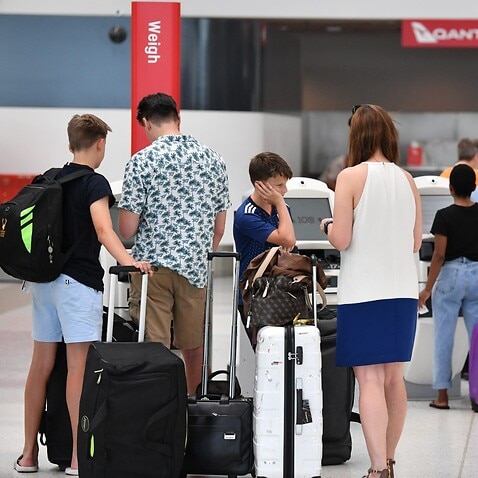 The Department however didn't provide an answer on how people who took a COVID-19 vaccine overseas other than what is approved in Australia could get their details entered into AIR.