Stating that the COVID crisis is now stabilising in India, Indian-Australians wanting to travel to India have lodged an online petition seeking the removal of India from the list of 'high-risk countries.'

Brisbane resident Amit Jaura had submitted multiple requests for an outbound exemption to the Australian Border Force (ABF), only to be rejected each time.

The 37-year-old IT professional is desperate to meet his critically-ill father but feels as if all doors have closed on him.

“It’s been three years since I saw my father who is suffering from a serious heart ailment. I have applied for exemption at least six times but in vain.

“As per the ABF’s criteria on the Department of Home Affairs’ website for those seeking travel to India, visiting a close family member who is critically-ill is on the list. Despite that, my requests have been rejected,” he says.

Mr Jaura is not alone.

There are hundreds of Indian-Australians who have compelling reasons to travel to their home country, but their requests have been declined.

They have now petitioned the Australian government to expand its limited criteria for outbound exemptions, which has fetched over 700 signatures in a day. 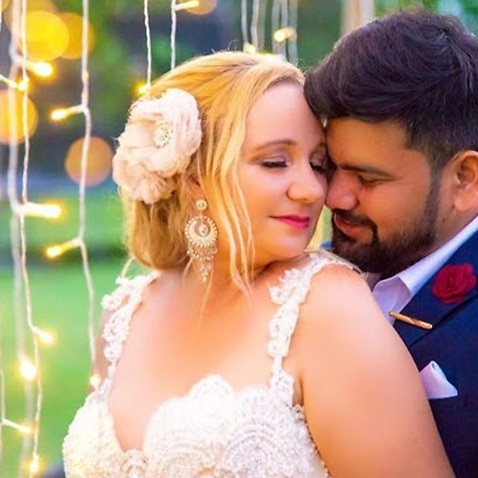 Brisbane-based Amit Jaura has applied for outward exemption six times, only to be rejected each time.
Supplied by Amit Jaura

Currently, individuals seeking an exemption to travel from Australia to India can only be approved in the following limited circumstances: People line up to register themselves to get a dose of Covishield, Serum Institute of India's version of the AstraZeneca COVID-19 vaccine.
AP

The petitioners demand that in the wake of India’s declining COVID cases and deaths and rising vaccination rates, the Morrison government reinstate the original outward exemption criteria for India that was applicable to other countries.

According to data from India’s health ministry, their daily new COVID cases and deaths have continued to decline.

Mr Jaura, a front-runner for this petition, says the Australian government’s strict travel policy for individuals seeking travel to India is “not only discriminatory but also arbitrary.”

“We stood by the government when it imposed a travel ban while the second wave of the coronavirus was at its peak in India. But now, things are stabilising and the situation is relatively under control.

“The government must also consider that, unlike the last two months, the Delta variant of the coronavirus is not only associated with India but is prevalent in many other countries including the UK and the US. No restrictions have been placed on people seeking exemptions to travel to these countries. Then why is India being singled out,” Mr Jaura questions. India was the top country of intended travel destination for Australians from 1 August 2020 to 25 April 2021, as per government data.
Getty

According to recent data received by SBS News from the Department of Home Affairs through a Freedom of Information request, India was the top travel destination for Australian citizens and permanent residents from 1 August 2020 to 25 April.

Figures show that a total of 25,443 requests for outward exemptions were submitted by individuals seeking to travel to India, followed by China (21,547) and the UK (15,703).

But while the approval rate to travel to the UK was 68 per cent, the same for India stood at 46 per cent, showing a difference of 22 per cent. Professor Shamit Saggar, Director of the Public Policy Institute at the University of Western Australia, said Australia should not have acted in this way during India's time of crisis.

“Australian political leaders have been genuinely courting India for many years for trade reasons, for security reasons. And in this crisis, it was really quite regrettable, quite shameful to see Australian leaders turn their back on India,” he told SBS Punjabi.

Calling them “unusual,” Prof Saggar said the recent travel restrictions could have a lasting impact on the Australia-India relationship.

“The problem with the evacuation flights and suspending any plans for them in the recent crisis that we saw in May, gave the appearance of double standards. And that went down very badly.

“It went down badly in India, where people are very sensitive, quite rightly, about relationships and being treated properly. It also went down very badly in Australia’s Indian diaspora, it’s Indian communities, all of whom were surprised to see just how strong that negative reaction was, and how quick it was,” he added.