Members of an Indian Australian family living in Sydney’s lower north shore say they are shocked to find what they say is a racist flyer from their neighbour who seems annoyed with the smell of Indian cooking.

A Sydney-based Indian family has been left reeling after they received what they say is a racist note from one of their neighbours.

The family, who has lived in Sydney for ten years, say they were shocked to see the contents of the hand-written message they claim was left for them by a neighbour.

The note read, “You’ve been here 2 weeks. I’ve been here 8 years. You’re stinking this place out with your Indian s**t cooking every day. It was never like this. You need an extractor or fan in your kitchen and unit OR you will be evicted for non-compliance. Deal with it or move back to S**tsville.” Pavan Banger, who works as a taxi driver, recently moved into a rental property in Sydney’s lower north shore with his family said he was taken aback by the abusive message.

“This is not about the food or the curry smell... there is more to it,” Mr Banger said in an interview with SBS Punjabi. "I've never seen such hatred towards our community".

“You can come to visit us anytime. We’ve a clean house, we don’t smoke, and we’re non-alcoholic. We cook vegetarian food with the exhaust on...what else you want? Our other neighbours never complained except her.

"We're proud of our culture, habits and values. We don’t need her certificate. She doesn’t represent Australia because what she did doesn’t make you an Australian. We are proud of our Indian-Australian connections."

Mr Banger’s post on social media about the incident has sparked debate within the Indian-Australian community.

In response to his post, there have been more than 150 comments on the thread with suggestions on ‘how to deal with the situation. ‘Go back to your own F****g country and bowl there’: Indian-origin cricketers allege racist attack

One comment suggested the family contact their real estate agent, adding: 'It’s clear discrimination for alternative life/food choices. Explain how it wouldn’t be ok to do this to someone roasting a lamb or a chicken because that’s ‘normal’ for Australia. Be very clear that they need to take responsibility and address this."

Another commentator said, “Do not cope with this s**t. Know your rights and fight back through legal ways.”

Pavan Banger has spoken to police about lodging a complaint against the neighbour.

“I am now taking legal advice and will act accordingly. I am also taking suggestions from the Discrimination Board and hopefully, they’ll look into this matter, which is not against one family but our whole community,” he said. 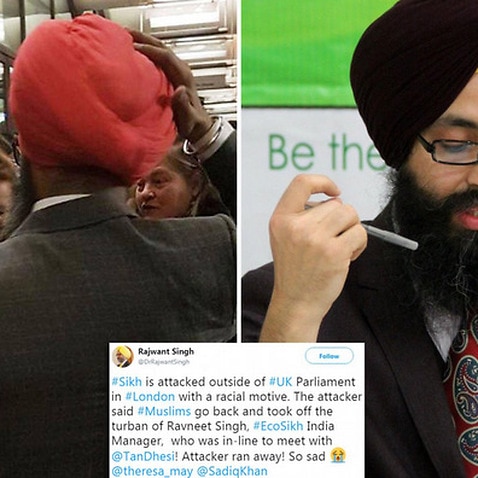