Wollongong photographer Ray Collins has received a prestigious award from the Russian Geographical Society for his life's work of ocean advocacy. And his trip to Moscow helped him learn more about his own Russian roots.

Sitting in his room in a Sydney quarantine hotel, ocean photographer Ray Collins is still processing what happened.

He hadn’t travelled in 18 months because of COVID-19, then suddenly last month got a chance to fly to Russia despite the pandemic and the closed borders of both countries.

“All of a sudden my visa was approved from Russia, because Russia’s closed for non-citizens right now and Australia’s closed for travel too," he said.

“So, I was really fortunate for both sides to agree for me to be able to attend.” 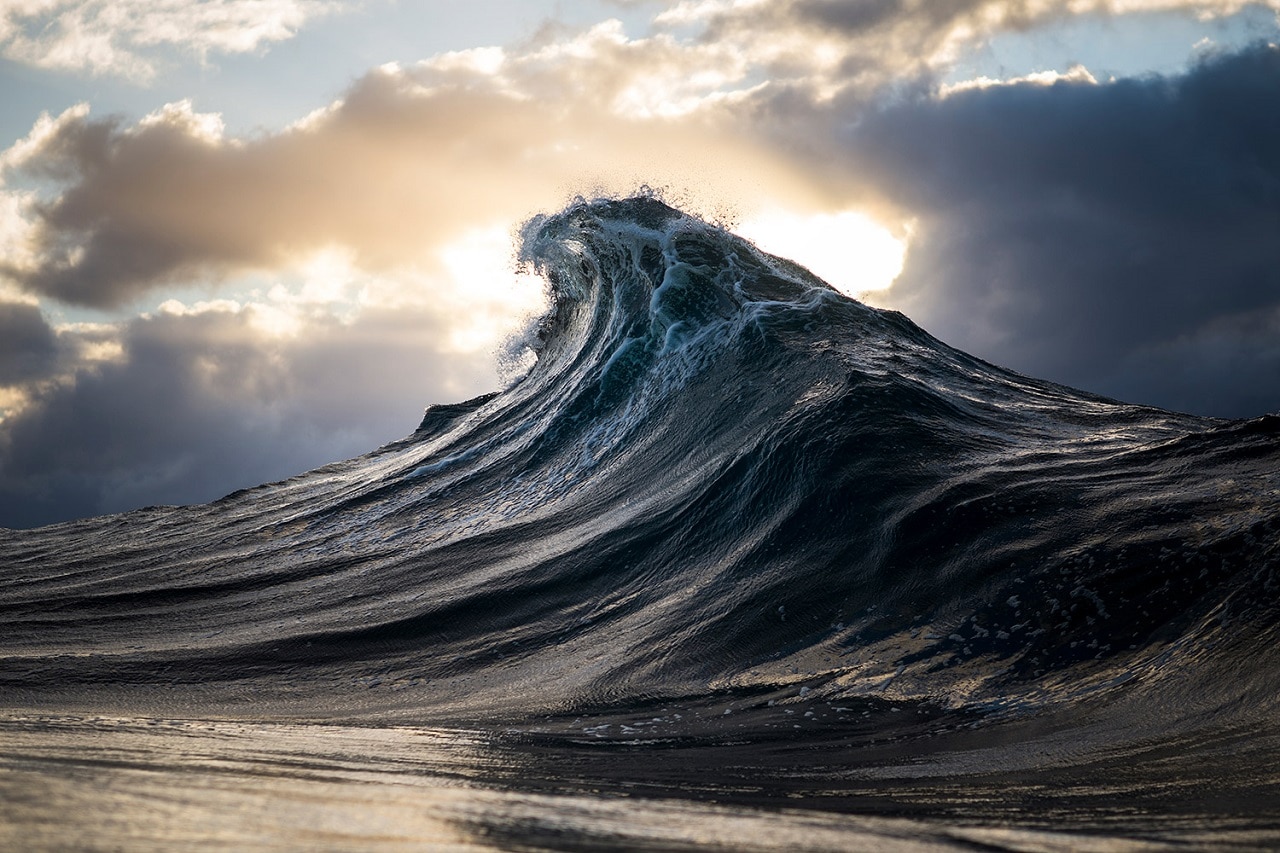 Ray travelled to Moscow to be awarded the Crystal Compass Award which is also called a "Geographical Oscar”, from the Russian Geographical Society, a learned association founded in 1845 to promote exploration and geography.

This award has been around since 2012 recognising the best international projects in geography, ecology, conservation and popularisation of natural, historical, and cultural heritage. 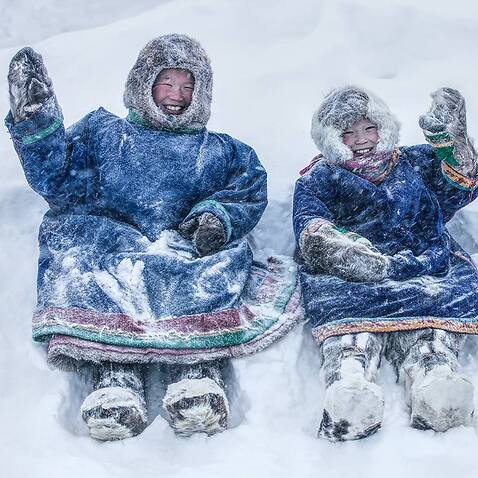 In 2020, over 240 projects from 15 countries applied for the award, but the official ceremony was cancelled due to the pandemic. This year the event was held on May 27 and brought together around 200 people from Russia, the USA, Australia, Sweden, and other countries.

Ray says that when he was asked to apply for the award, he “didn't really give it much thought” and definitely didn’t think about winning. “It was basically 20 photos and an essay about my work in shooting photos of the ocean. And then I was told that I was a finalist… I had no idea that I had won and it was a big surprise.”

From a coal mine to ocean protection

He says that this award encouraged him to continue his passion, which is bringing awareness to the beauty of the ocean.

“The ocean is the most precious thing we have on this planet, 70 per cent of the world is covered by it. It really is the lungs of our world.

"And if we don’t turn our actions around soon, the planet is not going to be inhabitable for us to live on.

“My goal is to bring awareness to how beautiful it is now and get us all to understand how precious it is. I’m glad to play a small part with my work.” 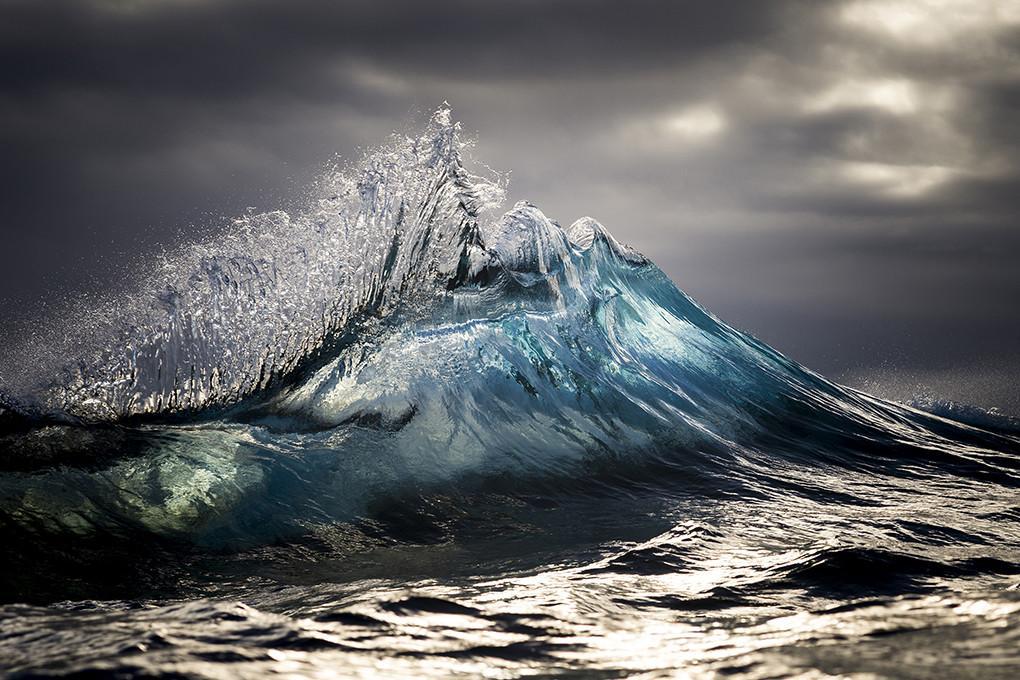 But Ray didn’t always devote himself to environmental advocacy.

On the contrary, he used to work in an industry that is widely blamed for its huge impact on air pollution.

“I used to work in a coal mine actually," he said.

“I worked in a hole one kilometre down into the earth. And one day, in 2007 I had an accident: I trudged in a hole and my knee buckled, I had to have an operation and I couldn’t walk or drive.” 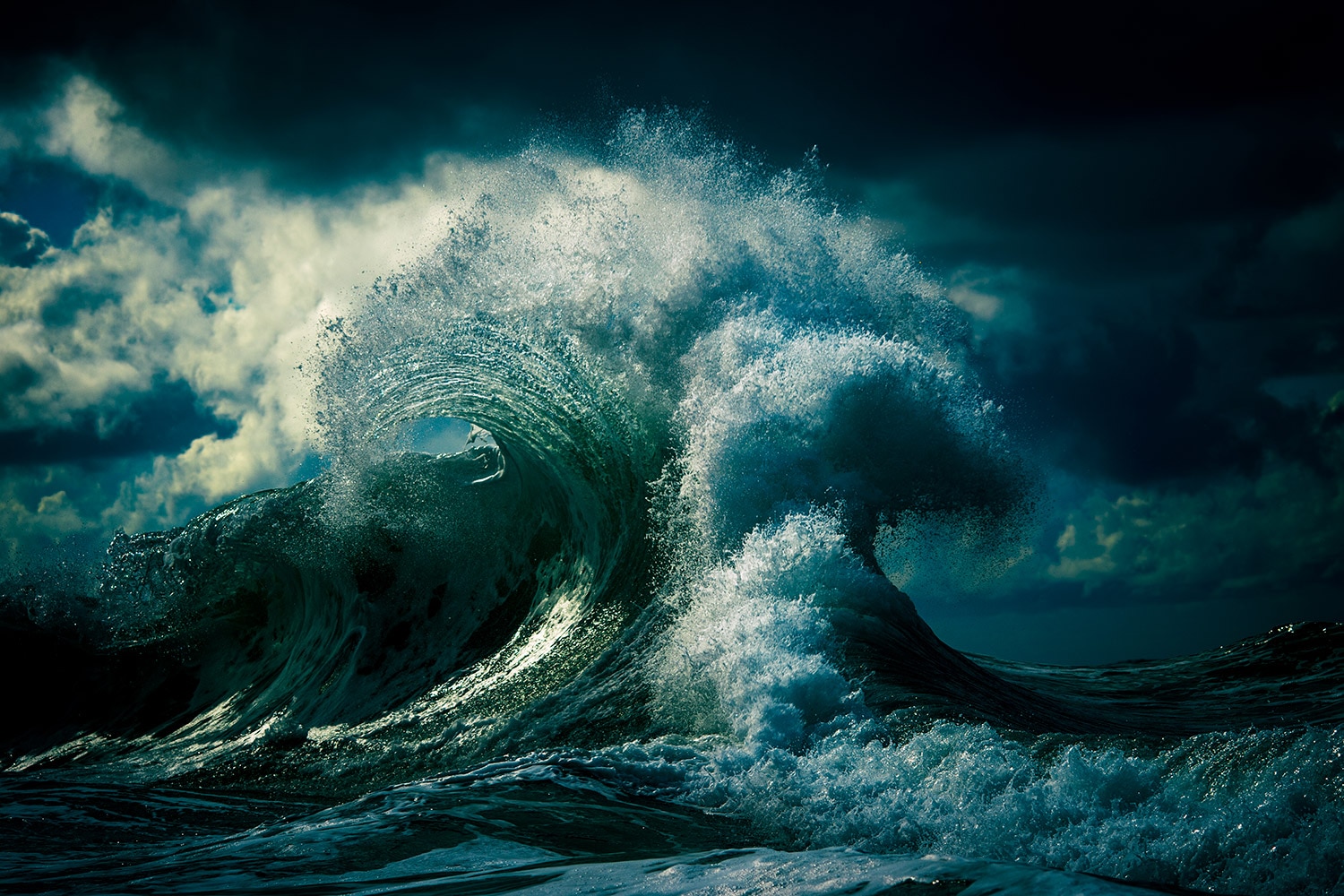 Ray says he needed to find something to fill six months during which he was unable to work due to his injury. He describes that period now as “a blessing in disguise”.

Because that's when he bought his first camera.

“I studied the manual and played around with it, took photos of my dog. Eventually, when I was allowed to swim again and go back into the ocean, that's when I started my photography career."

"I grew up celebrating Russian Easter and eating pancakes"

The trip to the ceremony in Moscow was the first time Ray had visited Russia, a country where his ancestors came from.

“I grew up celebrating Russian Easter and eating pancakes,” he said.

“My grandparents were Russian Orthodox, they fled during the revolution, went from a small village in Russia and moved to Harbin in China, and then emigrated to Australia in 1962.

I have Russian blood, I just don’t understand the language, unfortunately.

He says his whole time in Moscow was “such a cool experience”, although it didn’t start the way he had expected.

“When I got off the plane in Moscow, they put me in a little concrete room and took my passport away. And I was sitting there and going ‘Okay, this is not the start that I thought I would have in Russia, but here I am…'.

“But finally it all went through and my paperwork was approved.” He says he learned a lot about the rich history of Russia, which is closely connected to the history of his ancestors. He visited the Pushkin Museum and the Gulag Museum and even got to sit in Vladimir Putin’s chair.

“He is one of the board members of the Geographical Society, and when I was shown by a guide that it was his table, I just thought ‘Well, I’m probably not going to get the chance to do this ever again so I’d sit in Vladimir’s seat and have a cup of coffee.” 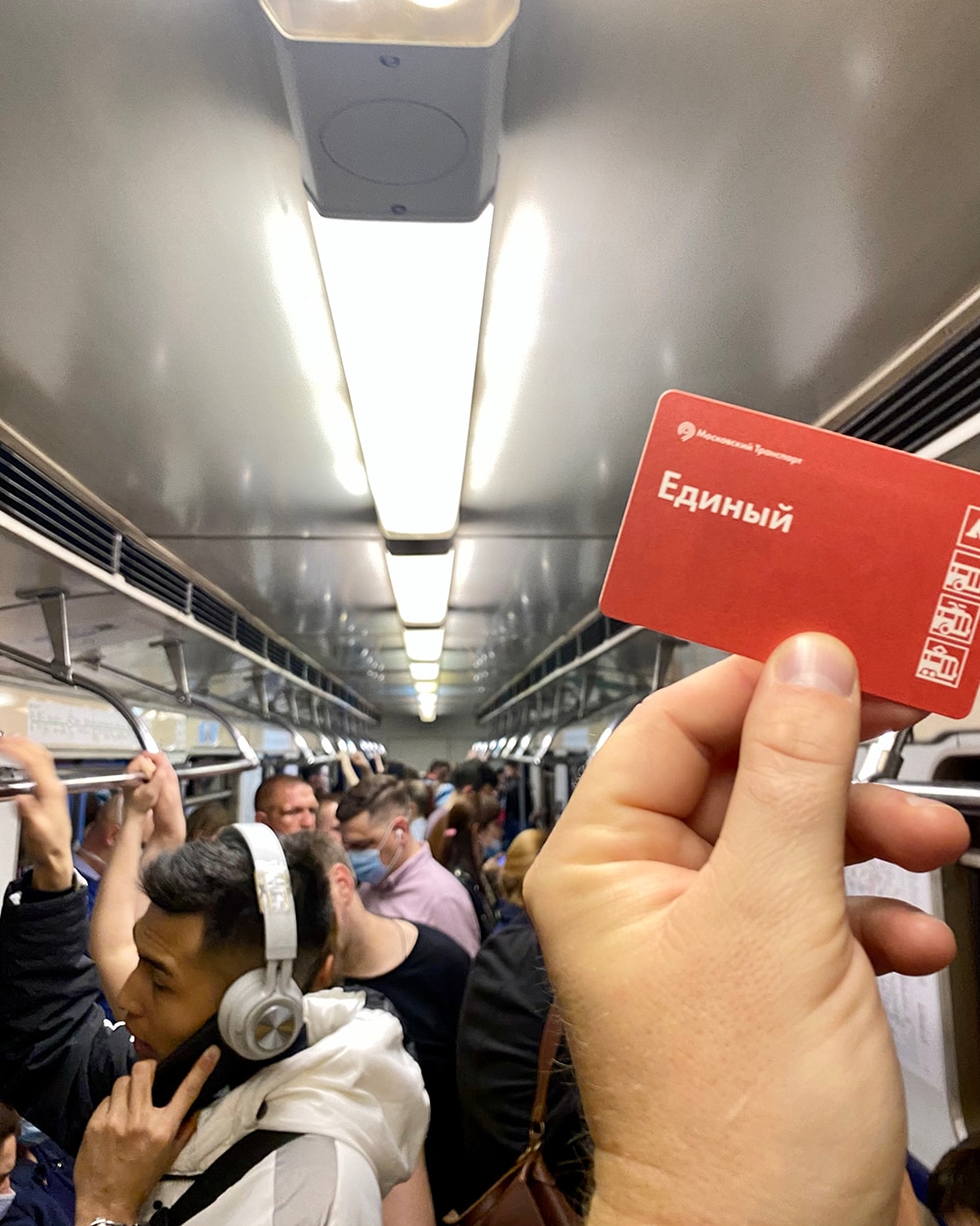 Moscow metro at rush hour (May 2021)
Supplied by Ray Collins

He was very much struck by the carelessness of the Russians in relation to the coronavirus. As he got his first Pfizer shot prior to his trip, he said that he had felt “kind of protected”.

“It’s so different to what we have in Australia! I was shocked because over there thousands of people are diagnosed with it [COVID-19] every day and it didn’t feel like it was an issue.

"I caught the metro and I'd wear a mask when I couldn't socially distance but, from what I've seen, no one seemed to be too bothered.” 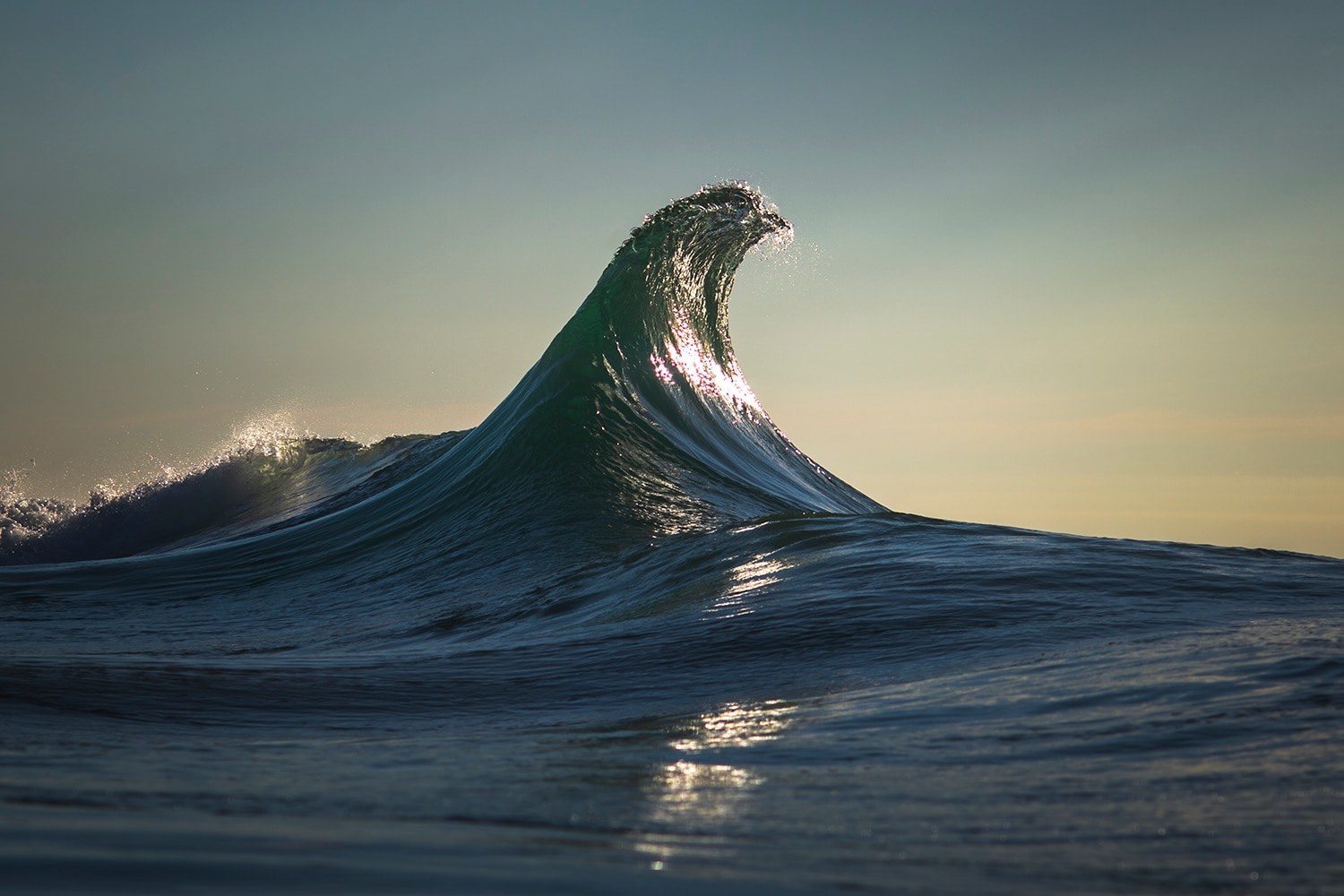 Back in his hotel room, the photographer says he's using his time in quarantine not only to reflect on his trip but also to think about new professional plans.

“It feels that I’m just finding my place in the world”, he says.

“I have to do so much more to show people the beauty and fragility of our ocean.”