It was his deployment to Iraq for the Australian Defence Force in 2016 that sparked Christopher Elwell’s interest in the Arabic language and culture. He’s now imparting his knowledge on to his son.

When Christopher Elwell, 29, joined the Australian Army in 2007 he never thought he’d end up learning Arabic and studying for a bachelor in Islamic studies.

It was a path far removed from his upbringing in Hobart, where he said he wasn’t exposed to different cultures.

“It’s not very multicultural down here. Especially back in the ‘90s.”

Three years into his career with the army, he was sent to Afghanistan, a deployment which lasted for six months.

In 2016, he was deployed again, but this time in the fight against IS in Iraq.

Before he was sent to Iraq, he undertook an Arabic language course that involved spending time in neighbouring Jordan, to acclimatise and familiarise himself with people from the Middle East. 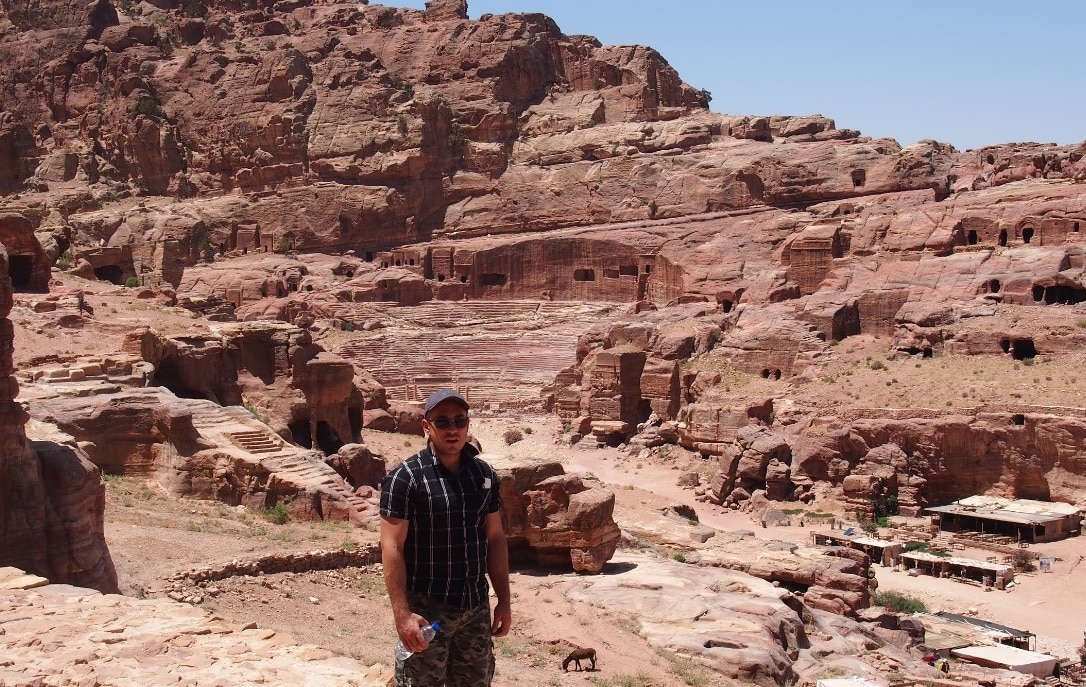 Christopher Elwell during his time in Petra, Jordan.
Supplied

Having previously served in Afghanistan, he didn’t think that Iraq would be much different.

“I was surprised at the difference between the two countries. I thought it was all one place.”

Australian military operations in Iraq commenced in 2014 as part of the international coalition to counter the growth of IS in Iraq and Syria.

During this time, IS controlled more than half of Syria and a third of Iraq – ruling over more than 8 million people.

The brutal fundamentalist organisation had an army of local and international volunteers, access to vast resources including control of Iraq’s second-biggest city, Mosul, and an arsenal of weapons collected from Iraqi and Syrian soldiers.

“It was a bit daunting,” Mr Elwell said. It was his knowledge of the Arabic language in Jordan that provided him with comfort from the very first day.

“Learning the language and spending time in Jordan, helped me overcome any discomfort from travelling over there.” 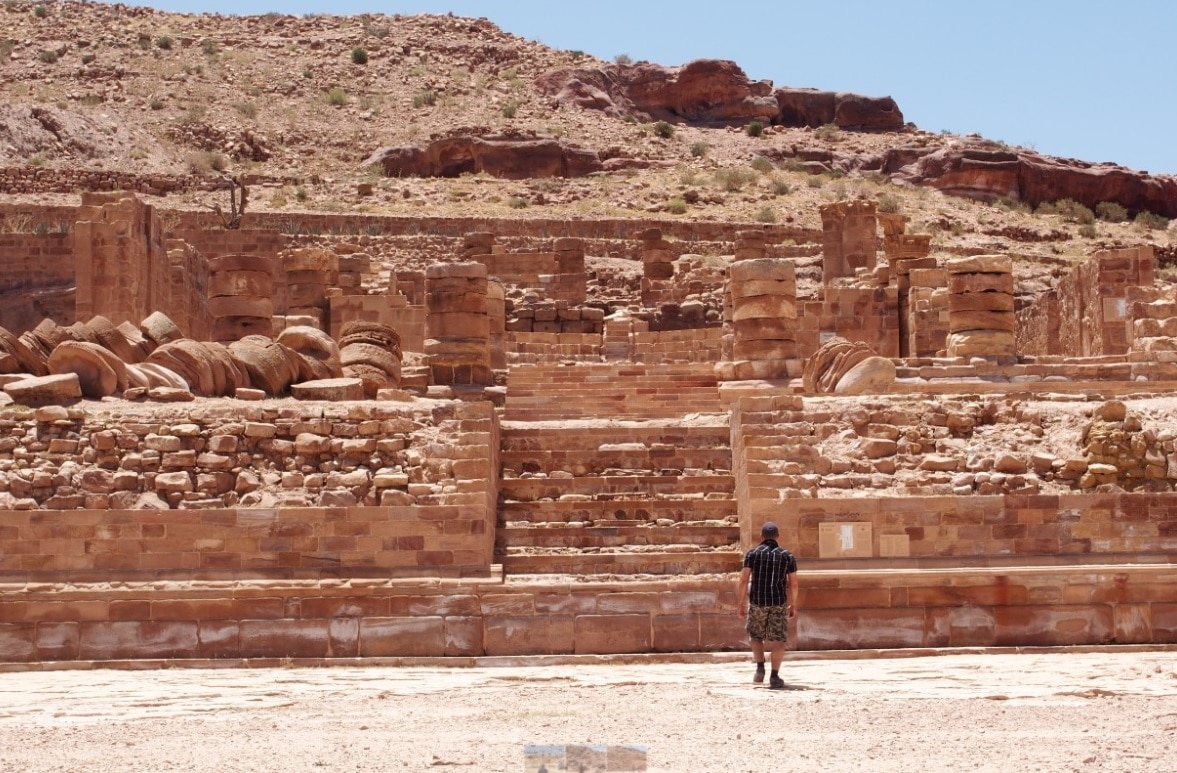 His teachers left an impression that continued to this day.

“My teachers in the course who were Jordanian and Somali, they basically opened my eyes and they sort of fulfilled the hole I denied I had.”

His relationship with the Arabic language continued throughout his deployment in Iraq, which helped him forge stronger bonds with the locals.

“When I went to Iraq and after getting close to people there, I felt blessed to be able to be part of the experience and talk to people,” he said.

“I can chill out with them all day. They were definitely interested to find out more about Australia but they were more interested in knowing me better at a personal level.

“We talked about soccer; back in the time, Australia had beaten Iraq in the Asian Cup, which was a big one, English Premier League and family. It really surprised me. They’d show me photos of their families and asked about mine. We both invested in this relationship. We connected on a human level.” 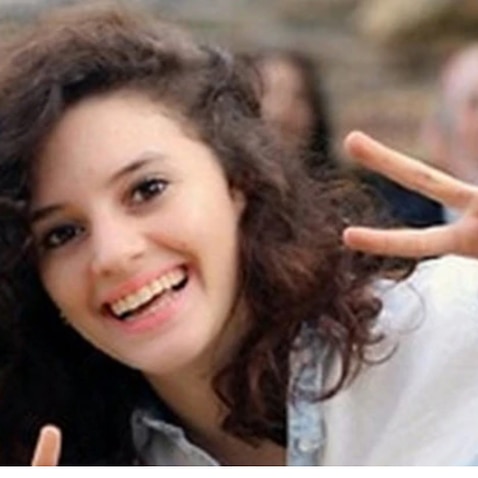 His knowledge of the language was also a gateway into Arabic culture and its history.

“It enabled me to gain a greater understanding of the region and motivated me to find more about Arabic culture and Middle Eastern history than what I had previously learnt via many mainstream media outlets,” he said.

“The common myth that the area has forever been plagued with infighting is something I often debate and wish more knew of the great empires, dynasties and examples of tolerance the region has displayed throughout history.”

He returned home from Iraq after six months with a determination to continue his journey of learning.

“I brought with me lots of memories and lots of motivation to learn more about the Arabic language and Islamic culture.

“When I returned, I was disheartened because of some of the sad things that were still happening over there.” 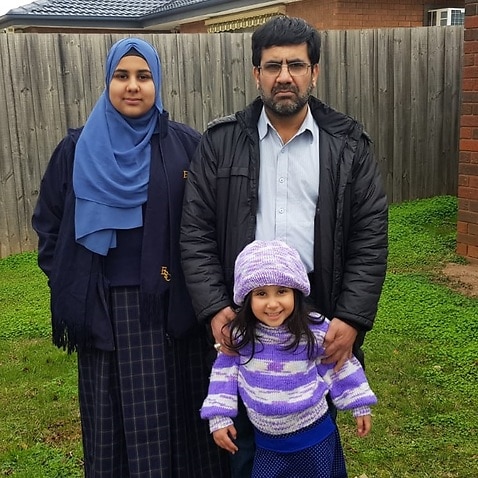 Mr Elwell completed a Diploma in Arabic Language and Culture at Charles Sturt University in 2018 and is currently undertaking a bachelor of arts majoring in philosophy with minors in history and Islamic studies.

“It was something I wanted to do; learn more about Arabic and Islamic history.”

His learning triggered a determination to get his son familiar with a second language. For him, it was an eye-opening experience.

“I could not withhold such a rewarding experience from someone I love as dearly as my son.

“My time spent learning Arabic and with Arabic people is some of the most well-spent time in my life. I’d like to take my family back there one day.”