Migration agents and some of the media publications in India are to be blamed for passing on the incorrect information to young visa aspirants who wish to migrate to Australia on Holiday and Work visas.

There is no shortage of people in India who wish to go abroad to chase their ‘foreign dreams’.

While India has seen an overall increase of 22 per cent in the visa applications during the last two years, Punjab is far ahead of any other state with a 66 per cent growth in the number of visa applicants.

But this trend has left many visa aspirants vulnerable to false information that is often shared by some Indian media outlets in the form of ‘advertisements’.

The recent concerns emerged following media reports that India, along with twelve other countries, might be included in the list of Australia’s Work and Holiday visa program.

Melbourne-based migration agent Navjot Kailay said that people should be careful as the internet is flooded with many ‘dodgy’ advertisements.

“This is a dangerous territory and I feel they are trying to lure desperate people who otherwise won’t qualify for general skilled migration,” he said.

“I urge people to do a fact-check about Holiday and Work visa on the Department of Home Affairs website or they’re on the verge of being duped of their hard-earned money.” Seasonal labourers work in Australia on a wide range of horticultural crops, including but not limited to fruits and vegetables, nuts and flowers.

Mr Kailay said he has been made aware of some unscrupulous agents and media outlets in India who are trying to lure people to apply for an Australian work visa that is not even available for Indian nationals.

Referring to a social media post that is shared as an advertisement, Mr Kailay alleged that an Indian migration agent Vinay Hari is offering ‘wrong and false’ immigration advice to people by promising them of a Holiday and Work visa.

“Vinay Hari is a big name in the Indian market. His advertisement has spread like fire which you would imagine as it is coming from someone who has over 1.7 million followers on Facebook,” he said.

"This advertisement seems like a dodgy business. It claims that this visa has been made available and India was added to the list three days ago, which is not true.”

“It also mentions that there is no English requirement and it can be given to young Indian applicants having no ongoing medical health or drug issues.” Immigration Minister David Coleman rejected suggestions that the new visas would turn into a doorway for low-skilled migrants into Australia.

"Work and holiday applicants must meet minimum requirements before a visa can be granted, including having a functional level of English and they must hold or be studying towards tertiary qualifications," the ABC quoted him saying.

Meanwhile, members of Indian Australian community have come forward to speak against the message delivered by the Vinay Hari advertisement.

Jiwanpreet Anmol Sharma said, “I am amazed at his confidence… feels like Peter Dutton called him directly to share news which is yet not confirmed in Australia itself.”

There are many Facebook users who have added comments, like - ‘Media spreading wrong information’, ‘Fake News, ‘False News’, ‘Shame’. A screenshot showing concerns over the content presented in the video advertisement.
Supplied

“The media entities should be careful of what they promote even if it is an advertisement – a fact-check is a must as it is a matter of trust and responsibility,” he said.

A spokesperson from Vinay Hari consultancies in Chandigarh, Kajal told SBS Punjabi that the information presented in the advertisement is ‘correct and best of their knowledge’.

“We stand by the content of this advertisement. It is correct information and we’ve already started taking applications for this visa class and the cost for that application is set for 50,000 INR [app AUD $1040],” she said.

Australia offers two types of Work and Holiday visas - subclass 417, which is uncapped, and subclass 462 in which places are capped for grants up to 150000 as per last year.

Under the new proposal, thirteen countries – India, Brazil, Mexico, the Philippines, Switzerland, Fiji, Solomon Islands, Croatia, Latvia, Lithuania, Andorra, Monaco and Mongolia may be added to the list of 25 countries that are currently eligible for Work and Holiday visa (subclass 462).

* SBS Punjabi has contacted Rozana Spokesman and JagBani for a comment.

Disclaimer: The article is for general information only. For specific visa advice, people are urged to check with the Department of Home Affairs or contact a trustworthy registered migration agent in Australia. 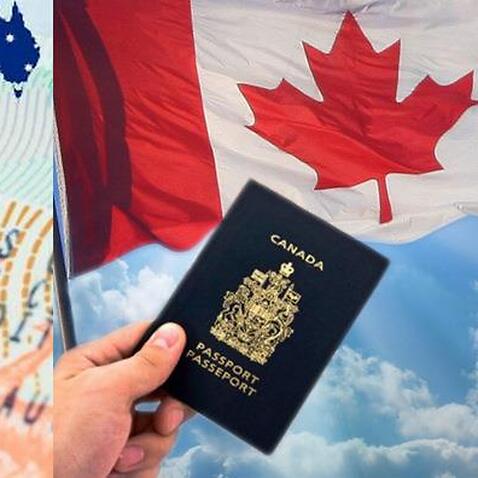