The resettlement of newly arrived Afghan refugees is being helped by an Adelaide cricket club established with a goal to empower the community.

For refugees uprooted by war or persecution, sport is much more than a leisure activity.

That’s definitely the case for a handful of Afghans who recently settled in Adelaide following their country's fall to the Taliban in August.

In the South Australian capital, they found a thriving Afghan community and a cricket club that has welcomed them with open arms.

So far, five evacuees have joined the Afghan Cricket Club and president Mansoor Hashemi says four have secured places in the senior team.

Their participation for the club, which plays in the Adelaide and Suburban Cricket Association, is about more than results on the pitch, he says.

“We are attracting newly arrived Afghans to join the club and take the opportunity to connect Afghans and other communities,” Mr Hashemi tells SBS Pashto.

“We also help them with our empowerment program with education and work.” 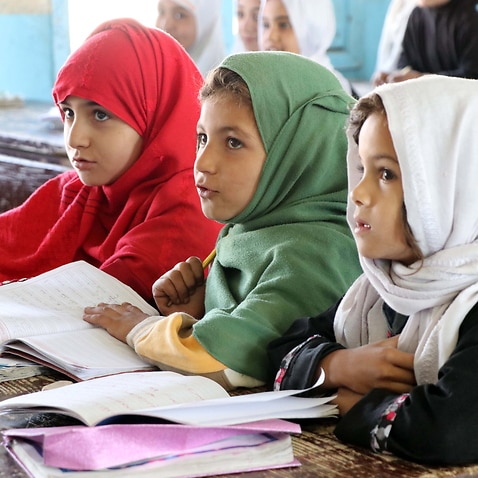 Principal of Australian-built Afghan girls' school is in hiding, fears 'dark days' ahead

The club was formed four years ago with a goal to “keep the youth active in the community” and connect them with opportunities, Mr Hashemi says.

“[Some would think that] our cricket team might get weaker if we got newly arrived players, but they were wrong, and the new players are very talented and made us a strong team.” 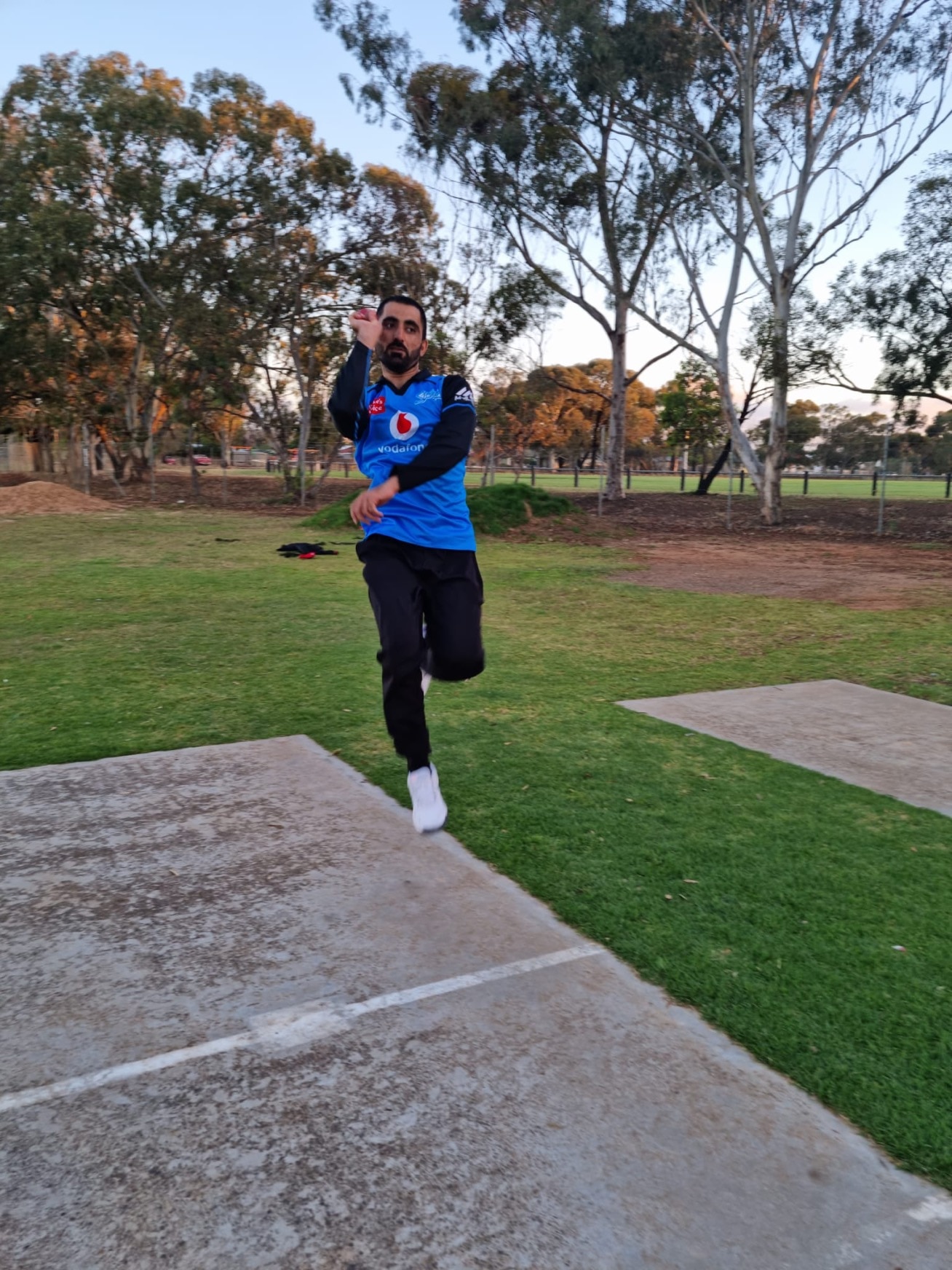 Touching down signalled a "dream come true" for the 26-year-old engineer.

“There is a lot of difference between life in Afghanistan and Australia, there is war and poverty in Afghanistan, but there is peace and facilities here,” he says.

Australia was my favourite country from my childhood, and I am fortunate that I came to Australia. I still think I am dreaming by being here.

Having flown into Sydney, it was his love for cricket that attracted him to resettle in Adelaide.

“When I was in Sydney, I contacted a few friends in SA, and some told me that the best place to play cricket is Adelaide.

“I had an initial plan to move to Melbourne; I changed my mind and went to Adelaide only for cricket.” 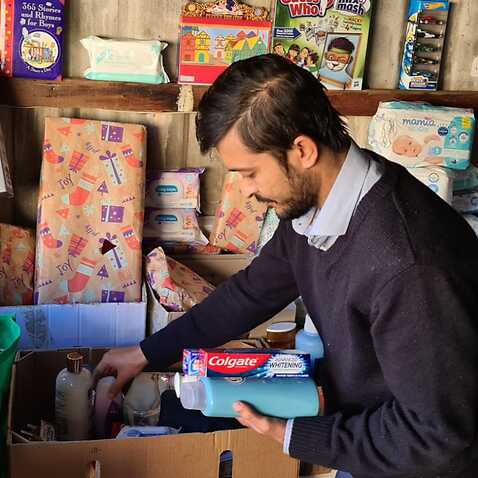 'Our duty': Meet the selfless volunteers helping Afghan refugees land on their feet

He recalls a moment following his quarantine period where he knew that cricket would play a huge part in his life going forward.

“I went outside and saw a local cricket club playing. I asked them if I could do some bowling.

“Even though I couldn't speak English, I still asked them. Once I began bowling, the team’s coach liked it and asked me straight away if I could join their team, but now I have joined the Afghan Cricket Club in Adelaide.”

A big difference between Australia and Afghanistan, he says, is the state of the pitches.

“I was amazed to see the green grounds and practicing nets here in Australia, which I had never seen before."

With the freedoms afforded to him in Australia, he plans to press ahead with his studies and eventually work in his field of engineering, though a cricket career may also be on the cards.

Bakhtair arrived in Australia at a time he feared the Taliban would target his family members.

"Our lives were in danger which is why we came here to save our lives. When I came here, I started cricket and I am happy now.

“My father was the head of the Nangarhar High Peace Council. He was in great danger because he had a job in the government. My father, mother and brothers have come but my two brothers are still [in Afghanistan]. The Australian government has promised that they will bring them in as well and we are happy with that.”

The native of the Nangarhar Province says he played cricket as a youngster, though a difference in the type of ball used has played a factor since he arrived Down Under.

"[In Afghanistan] it was with a tennis ball but when I came here, it was a hardball and there was a big difference between these two.

"When we play cricket, it makes us a little happier, but we can never forget our brothers and our families in Afghanistan. Even we are upset for our homeland. The same frustration starts again after cricket.”

Maiwand Arabzai, 19, is currently studying English in Adelaide with plans to follow a career in computer science. 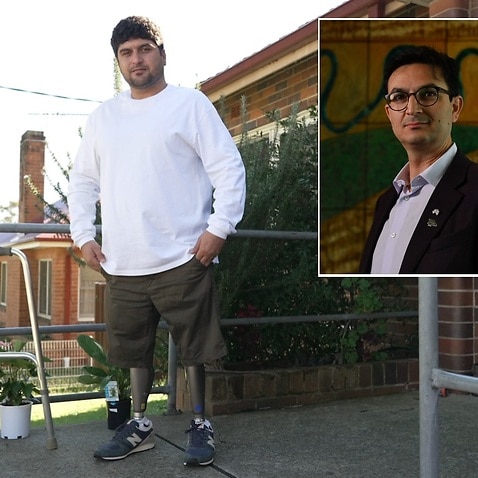 Finding a cricket club was among the first things he did once he arrived in Australia.

“I asked my [settlement] case manager for a cricket bat and ball, referred to the Afghan Cricket Club. I am playing with them and am very excited.

“In Afghanistan, we played on streets in mud, but when I saw the grounds for the first time, I couldn't believe how green and beautiful they were.

“I also visited the Adelaide Oval, and that was the best experience. There were only a few grounds in Afghanistan, and only the rich could afford to play on them.”

Although admitting that the prospect could be “complicated” due to his status as a refugee, his dream is to one day don the Baggie Green for Australia.

“I see a promising future in Australia.

“I hope the rest of my family can join me too. There is peace and calm in Australia.”