Coming Up Mon 8:00 AM  AEDT
Coming Up Live in
Live
Italian radio
More
The government will work with affected councils to "ensure the least possible disruption to residents during this period". Source: AFP

“Building Snowy 2.0 using recycled content construction material would soak up every glass and plastic stockpile in the country,” CEO of the Australia Council of Recycling Pete Shmigel said.

The Australia Council of Recycling says it would make a huge difference if the government committed to building infrastructure using recycled content.

“Building Snowy 2.0 using recycled content construction material would soak up every glass and plastic stockpile in the country,” CEO of the Australia Council of Recycling Pete Shmigel said.

RELATED: A million species at risk of extinction

Shmigel said that it was significant that the Coalition has pledged to continue working with state, territory and local governments on opportunities to get more recycled content into road construction.

But he says that’s an area of much greater opportunity.

“One thing is to make a product but you also need to have a market for it and one of the most important things that governments can do is buy recycled-content products - for example you can put plastic back into roads and the governments are the number one purchaser and number one constructor of roads,” Shmigel told SBS Italian in an interview.

The Australia Council of Recycling (ACOR) says they would like to see specific targets and timetables from government on using its purchasing power for recycled content products - such as roads.

The Council says the Liberals, Labor and the Greens have all provided substantive policies for this election.

“Australian voters, some 90 per cent of whom voluntarily participate in recycling, can be confident that both our major parties and the Greens have provided substantive policies for this election. All three choices are positive,” said an ACOR media release. 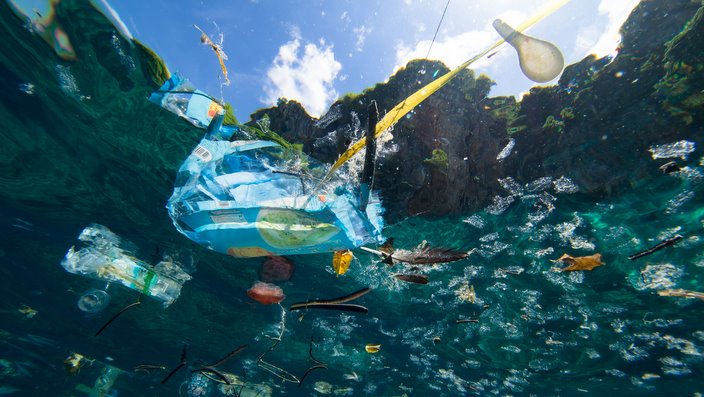 The council says the government may also need to put in place back-up legislation and regulation in case there is no sufficient progress towards the voluntary target of 70 percent recycling of plastic by 2025.

“It’s terrific that the federal government and the state governments have set a target of 70 percent recycling of plastic by 2025, however that’s a voluntary target and there isn’t a lot of precedent anywhere in the world that such target can be achieved just with voluntary measures - as good as it is that Coca Cola and other now say that they want to work hard towards it” said Shmigel.

“[So] if we are not making sufficient progress towards 70 percent recycling of plastics that we move to a system that is more like Europe’s  where there are laws, there are regulations in place that decide the recycling rates and the economic and environmental benefit that goes with them" he added.

In their 10-point strategy, ACOR called on the government to build a sustainable domestic recycling sector through national industry development focus.

“The proximity principle applies and that is from an environmental standpoint it’s always better to deal with waste closer to where it’s generated," explained Shmigel.

"So, as an aspiration, it would be better to see that material that is collected in Australia, is recycled here in Australia and made into new products using Australian technology and Australian factories. That’s what the council has been calling for.

"I know that the Labor Party, the Greens and the federal government have committed to creating some of that technology here in Australia. Whether it’s 50 per cent of 100 per cent – what’s important at this point is progress because we have very little capability and we need to develop that capability," he added.

"There’s the opportunity to invest in infrastructure. Small scale and medium scale plastic processing facilities, whether they are in capital cities or in regional centres are necessary – for example in the US, following China’s changes, 18 new plastic plants have been established.

"Here in Australia perhaps two, so we need to have the places to send the plastic to make into new products but it’s also about buying recycled plastic product," Shmigel said. The importance of what consumers choose to buy at the supermarket

Greens Leader Richard Di Natale explained in an interview with SBS Italian that consumers can inform big companies about what's important to them through their purchasing behaviours.

“When we go to the supermarket, we need to choose not to buy products wrapped in plastic, so we can give a signal to the industry that we don’t want it anymore".