Canadian Prime Minister Justin Trudeau along with his with six ministers had a meeting with Punjab chief minister Amarinder Singh at Taj Hotel in Amritsar yesterday.

The issues of Sikh separatist movement of Khalistan, trade and agriculture were discussed prominently during the meeting between the two leaders.

Earlier, there were speculations that the meeting may not be held amid Punjab CM’s concerns of some Canadian cabinet ministers being sympathisers or supportive of Khalistan.

Really happy to receive categorical assurance from Canadian PM @JustinTrudeau that his country does not support any separatist movement. His words are a big relief to all of us here in India and we look forward to his government’s support in tackling fringe separatist elements.

While addressing the issue of Canada allegedly providing ground to Sikh separation movements, Trudeau told media that the matter was discussed ‘to set the records straight’.

Trudeau mentioned that Canada is committed to the freedom of expression and defending human rights of religious minorities.

The other matters that were discussed in the bilateral meeting were the climate change, creating new jobs and shared military history.

CM Amrinder Singh said that over 64,000 Canadian and 74,000 Indian soldiers who fought in the 1st World War lay buried together in 134 cemeteries.

The chief minister also presented to the Canadian PM his own book ‘Honour and Fidelity - World War I’ and ‘History of Sikhs’ by Khushwant Singh. 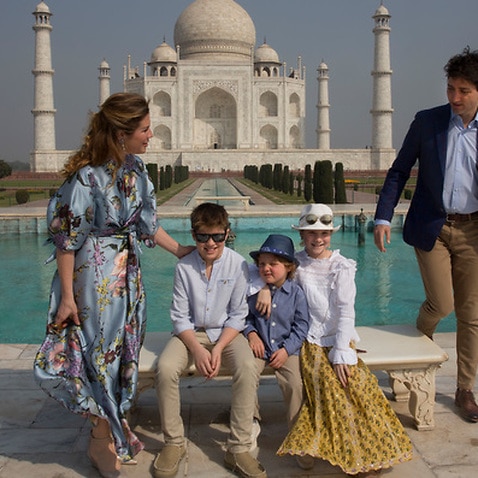 Is Justin Trudeau being cold-shouldered by Indian PM Modi?

On his week-long visit to India, Mr Trudeau is accompanied by wife Sophie and three children -Ella-Grace, Xavier and Hadrien and a delegation of ministers.

PM Trudeau has announced two-way investment deal with India that is worth $1 billion USD.

In this bilateral trade deal, Indian companies will invest more than $250 million in Canada, while Canada plans to invest $750 million in India.

Earlier PM Trudeau, his wife and children paid their obedience at the Harmandir Sahib, also known as Golden Temple in Amritsar.

Sri Harmandir Sahib, known as the Golden Temple. Sacred to Sikhs and open to everyone. I don’t think I will ever forget this. Our cabinet ministers, MPs, Sophie and I were profoundly honoured by the welcome & hospitality today. pic.twitter.com/Yp5qNfUfDE

PM Trudeau’s visit to Harmandir Sahib is seen as a gesture of his respect to the large Sikh immigrant population in Canada.

Sikhs account for roughly 1.5 per cent of Canada's population.