Father Dominic Valanmanal, who belongs to the Syro Malabar Catholic Church based in Kerala, India, had been scheduled to visit Australia in September, for a five-day long “residential retreat” in Melbourne. Syro Malabar Eparchy of St Thomas the Apostle, based in Melbourne, was organising the retreat.

However the priest landed in controversy after videos of his preaching surfaced in which he linked autism to “sins”.

The video, in Malayalam language, shows him saying, “why does this generation have autism and hyperactivity? I mean, there are mentally retarded children in healthy, active, young families….”

Catholic Churches in Canada and Ireland have already cancelled the invitation to the priest after his alleged comments were brought to their notice.

Bishop Bosco Puthur of the Syro-Malabar Eparchy of St Thomas the Apostle, Melbourne, which invited Fr. Valanmanal to Australia, issued a statement regarding the cancellation.

“This is to advise you that Fr. Dominic Valanmanal, Director, Marian Retreat Centre Anakkara, has informed the Syro Malabar Eparchy, Melbourne that he has cancelled his visit and retreat program in Australia.” 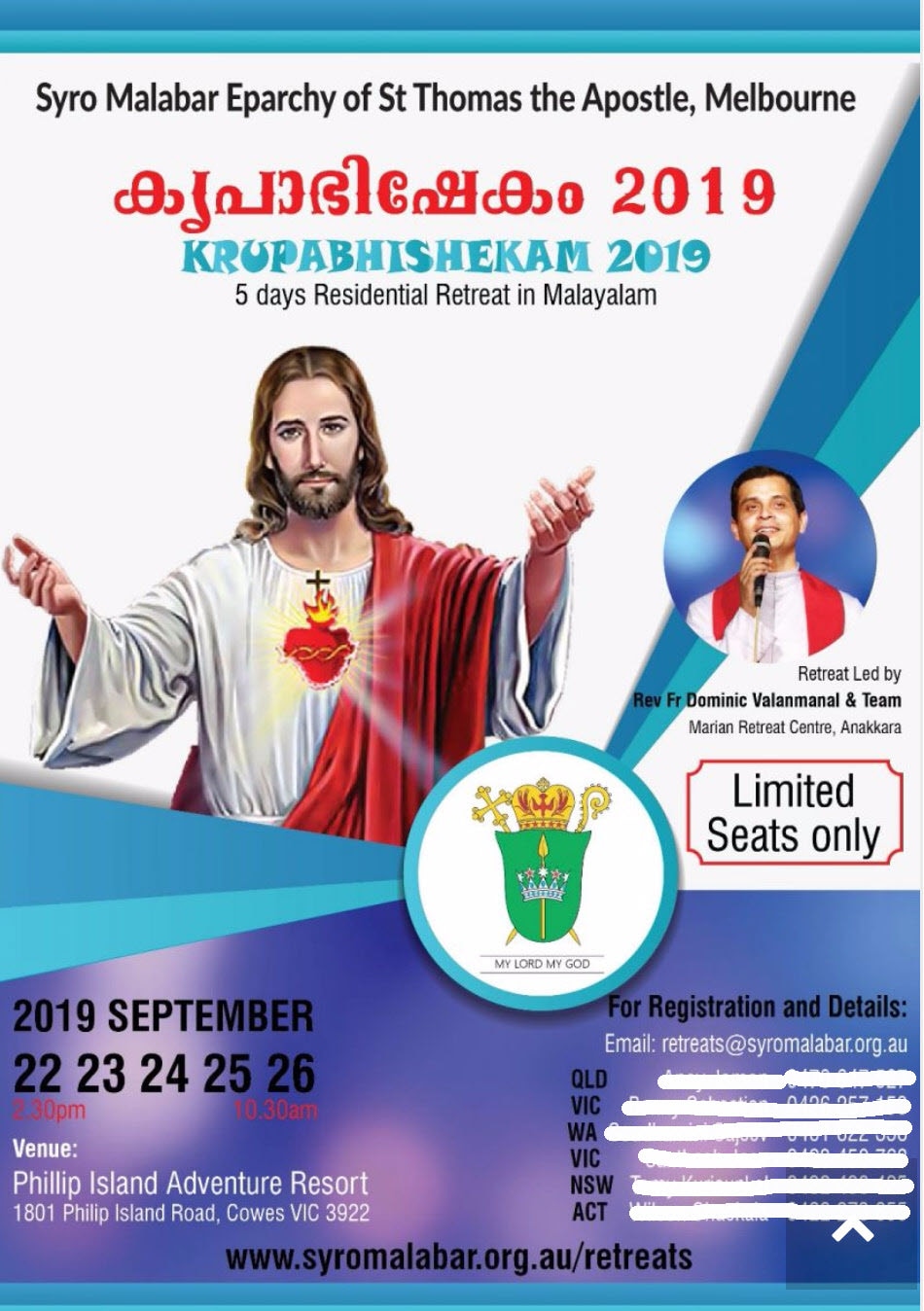 The statement does not give any reason for the cancellation. SBS Malayalam has written to Fr. Valanmanal seeking his response.

Two weeks ago a Melbourne parent had started an online campaign seeking to stop the preacher from visiting Australia.

“As a parent and carer of a child with autism, I am outraged by the preaching of Dominic Valanmanal and I am starting this petition to block his visit to Australia and stop his spreading of hateful and inaccurate preaching,” the petition started by Binoy Zacharia states.

Mr. Zacharia told SBS Malayalam that his ten-year-old son lives with Autism Spectrum Disorder and the family is undergoing tremendous mental stress by the comments of the priest.

“I belong to the same church and I am under tremendous pressure to attend his retreat, so that “my son’s autism can be cured” 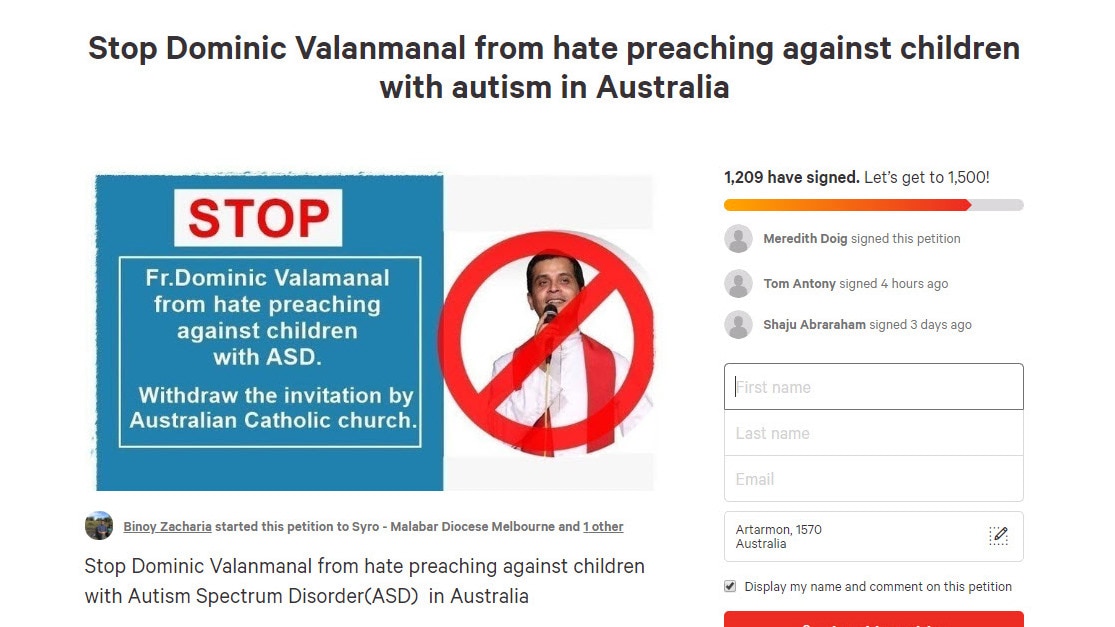 “I want to stop the spread of this misinformation. Unlike what he claims autism is not a disease, and it needs proper therapy and support. My son is going through that therapy.”

In the change.org petition, Mr. Zacharia has included Facebook video links to the priest’s controversial preaching, uploaded by another person.

Church should not encourage such preaching and people, says Binoy Zacharia. “It is language of hatred and blaming. A responsible person should not use such words.”

Reports from Canada and Ireland show that church authorities from both the countries have cancelled the invitations extended to him.

The Canadian Broadcasting Corporation (CBC) reported that “The Roman Catholic Diocese of Calgary has cancelled a retreat with a priest from India who has linked homosexuality with autism in his sermons”.

He was scheduled to lead a “deliverance and healing retreat” at the Mary, Mother of the Redeemer Church in northeast Calgary later this month, the report says.

The Calgary diocese reportedly told CBC News that “the priest’s comments about autism did not reflect the pastoral care and concern that the church has toward children and adults living with autism and their families”. 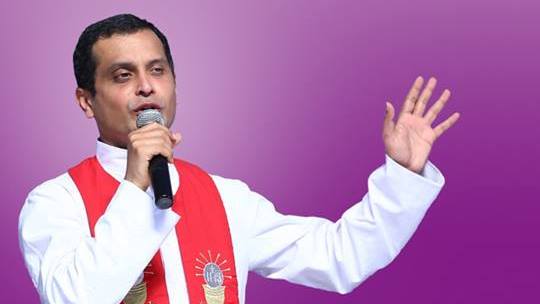 Subsequent reports suggest that, a Catholic church in Ireland has also cancelled the invitation and retreat, which was scheduled in October.

The Irish Times newspaper reported that Archbishop of Dublin Diarmuid Martin has earlier called for the cancellation of the invitation.

After the controversies surfaced Fr. Valanmanal had expressed his regret over the statement in another video.

“I came to know that some were wounded by the words in a video. That was from a speech I gave years ago, and it was misinterpreted and misunderstood,” he says in the video published by online portal Pravachakasabdam, which reports the church news in India.

He says in the video that “I am currently studying the issue and the video. But I am hurt that it pained them. I pray for them from the bottom of my heart and I apologise.”

“These kids and their parents should be seen as holier than us”, he added.

In the same video he claims that he had helped many families with autistic kids with prayers, “some of them are fully healed, and others are slowly reaching there.”

SBS Malayalam has tried to contact Fr. Valanmanal for his response, but hasn’t received any reply to multiple email requests yet.

SBS Malayalam has contacted the Bishop of the Syro-Malabar Eparchy of St Thomas the Apostle, Melbourne, which invited Fr. Valanmanal to Australia.

The statement issued on June 22 states that “there is a conscious, well schemed and deliberate campaign being spread on social media platforms to malign, tarnish, taint, defame, smear and denigrate Rev. Fr. Dominic Valanmanal as well as his pious, selfless and noble efforts to reform lost souls, by posting doctored videos of messages conveyed by Rev. Fr. Dominic Valanmanal in his conventions, blatantly, dishonestly and untruthfully with an intent to mislead public.”

However, he told the ABC that Fr. Valanmanal’s views were “not the position of the Catholic church.”

“That is my position also,” he said.

Bishop of Kanjirapally diocese in Kerala, to which Fr. Valanmanal belongs to, Mar Mathew Arackal also supported him in a statement saying that the priest did not hold such an opinion (about autism) as shown in the video.

Fr. Valanmanal has not called it fake or doctored in the explanation video published recently, but has expressed his regret saying that his previous speech was misunderstood and misinterpreted.