Today, a lot of companies worldwide are capturing and manufacturing canisters of compressed clean air as an innovative answer to India and China’s growing air pollution problem.

An Australia-based company Green and Clean has just sent its first shipment of pure air canisters to India.

The company’s Co-owner Theo Ruygrok told SBS Hindi that they capture fresh air from “the most pristine and iconic destinations” of Australia. 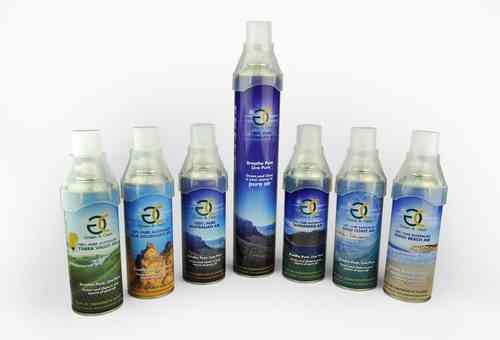 The question is why Australian air?

Each Australian location has its own qualities.

Blue Mountains’ air is rich in eucalyptus and coastal locations’ air has levels of sea salts in it.

While in Australia, fresh air is almost taken for granted, in India, the WHO’s assessment has found 13 cities with the most polluted air.

In 2016, analysts looked at NASA satellite images and found that measurements of particulate matter in India has worsened – ranking India as most polluted on record.

Today, a lot of companies worldwide are capturing and manufacturing canisters of compressed clean air.

In October 2016, Australia's leading consumer advocacy group Choice has given "Green and Clean a Shonky for literally selling thin air."

Last year the co-founders told the Business Insider, “We have bigger plans [for the business]. Other products are coming in six or seven months.”

This year they have just introduced their product in India.

Theo says: "The initial response to the product in India has been fantastic and there we has been a lot of serious interest from Indian small to medium businesses on this innovative product."

Theo says that for India, "the company has sent air from Blue Mountains in NSW, Tasmania, and Yarra Valley in Victoria."

“We are confident that people in India are going to love Australian fresh air feeling," he adds.

Now, only time can tell if a canister of fresh air will be the next small business idea that changed the world or Australia-India relations.

To know more about the business of clean air between Australia and India, listen to Amit Sarwal's conversation with Green and Clean’s co-owner Theo Ruygrok.