Daman Singh was running an errand with his son in the south-eastern suburb of Clayton when he was approached by a stranger asking for money over the weekend.

The 30-year-old taxi driver claimed he was approached by a man of “Indian appearance” allegedly in his late 20s who told him he was jobless, had no money and had just arrived in Australia, a week ago.

“The stranger was a healthy, decent looking guy perhaps around 27 or 28 years old. He started talking to me in Hindi, said he lived in Springvale, had no money and needed my help. He asked me for $20 upfront.

“I immediately took out my business card and handed it to him. I asked him to call me the following day and told him that I’d arrange a job for him. But he looked disinterested,” Mr Singh told SBS Punjabi.

Mr Singh said as soon as he walked away from the man after handing out his card, he saw him trashing it in the bin and approaching another Indian family who'd stopped in the street.

“That’s when I realised, it’s all a scam and he is simply looking for easy money. I even suspected him of carrying liquor bottles in his other hand,” said Mr Singh.

Mr Singh said that "It’s disappointing and heartbreaking to come across fellow Indians asking for money on the streets in a country where everyone is working so hard to make ends meet."

“This is no way to make money. I understand that sometimes you're in dire need of cash but work hard for it, don’t just get caught up in these kinds of tricks.

“I’d like to tell the community members to be aware of these kinds of scammers and help only those who genuinely need it,” said Mr Singh. 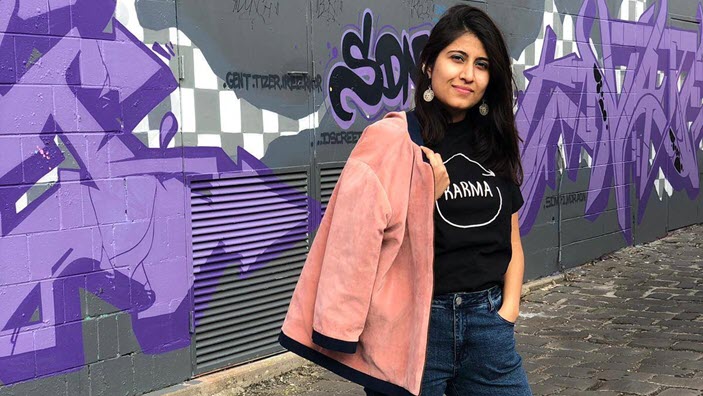 Meher Dang is a fashion entrepreneur based in Melbourne.
Supplied

In a separate incident, Meher Dang, another Melbourne resident said she has spotted an Indian man “begging” for money in the CBD at least three times in the past few months.

The young fashion entrepreneur said, she even confronted him on one occasion.

“He looked in his mid-twenties and was dressed in a t-shirt and track pants, on all three occasions. He told me he was from Sydney and had lost his wallet and phone and therefore, needed some cash to get by.

“He asked for $20 so he could buy a ticket for the Sky Bus that runs to the airport. He told me he has a flight to catch to Sydney,” said Ms Dang.

She added that the third time she spotted him asking for money from random strangers, she reported him to the cops.

Sagar Deokar who had a similar encounter a few months ago said he found himself at a crossroads thinking whether “To give or not to give.”

“It’s not really a matter of handing out $20 but what really hits you after you have dismissed such a person is what if he genuinely needed my help?"

The healthcare professional said what let him sleep during the night following the incident was that the man seemed “full of confidence and showed no remorse” for his actions.

“There was not a shred of embarrassment or remorse on his face while he was asking for money. He seemed confident, almost sounded like he was doing this for a living.

“These people were exploiting the vulnerability of the charitable Indians. This sort of behaviour must be checked by authorities so that cash-strapped people know this isn’t a solution,” said Mr Deokar. “We encourage people not to give money directly to people who beg," said a Victoria police spokesperson.
SBS

A Victoria Police spokesperson said, "while the majority of people begging in Melbourne are vulnerable and in need, there are a small number of professional beggars who target our CBD at times.”

“We know this behaviour can result in the public feeling anxious or unsafe, particularly if the person begging is acting aggressively. Victoria Police continually tasks resources to enforce legislation relating to this behaviour and provide community reassurance.

“Begging or gathering alms are summary offences which carry a maximum penalty of 12 months imprisonment. Any person charged with begging is offered referrals to support agencies,” said the police spokesperson.

However, it is important to point out that while begging is an offence, homelessness is not considered an offence and those in need of food, shelter and health care are referred by the authorities to care provides.

“We encourage people not to give money directly to people who beg and to instead donate to organisations that provide homelessness services,” the Victoria police spokesperson added. 'You have a lucky face': That's how alleged 'yogi' scammers bait new victims 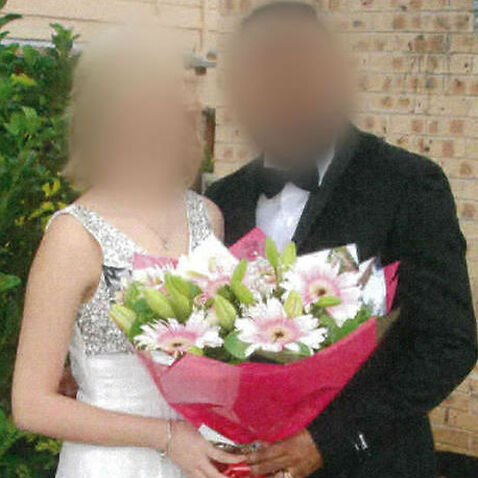