Coming Up Wed 11:00 AM  AEST
Coming Up Live in
Live
Dutch radio
More

As the tradition of Sinterklaas or 'St Nick's Day' is celebrated on 5th December in the Netherlands and by Dutch nationals all around the world, the topic of Santa's sidekick, the blackface character known as Zwarte Piet or 'Black Pete,' continues to divide the Dutch community - even in Australia.

Their outfits are Renaissance in style, complete with bright colourful fabrics and tight tights and puffy pants. Black make-up is painted thickly on their faces.

Adorned with black curly wigs, big golden earrings and red lipstick, the Zwarte Piets jump around throwing candy (pepernoten) into the crowds and generally play silly buggers with everyone, except for with Sinterklaas – who is their boss, and they, his helpers. 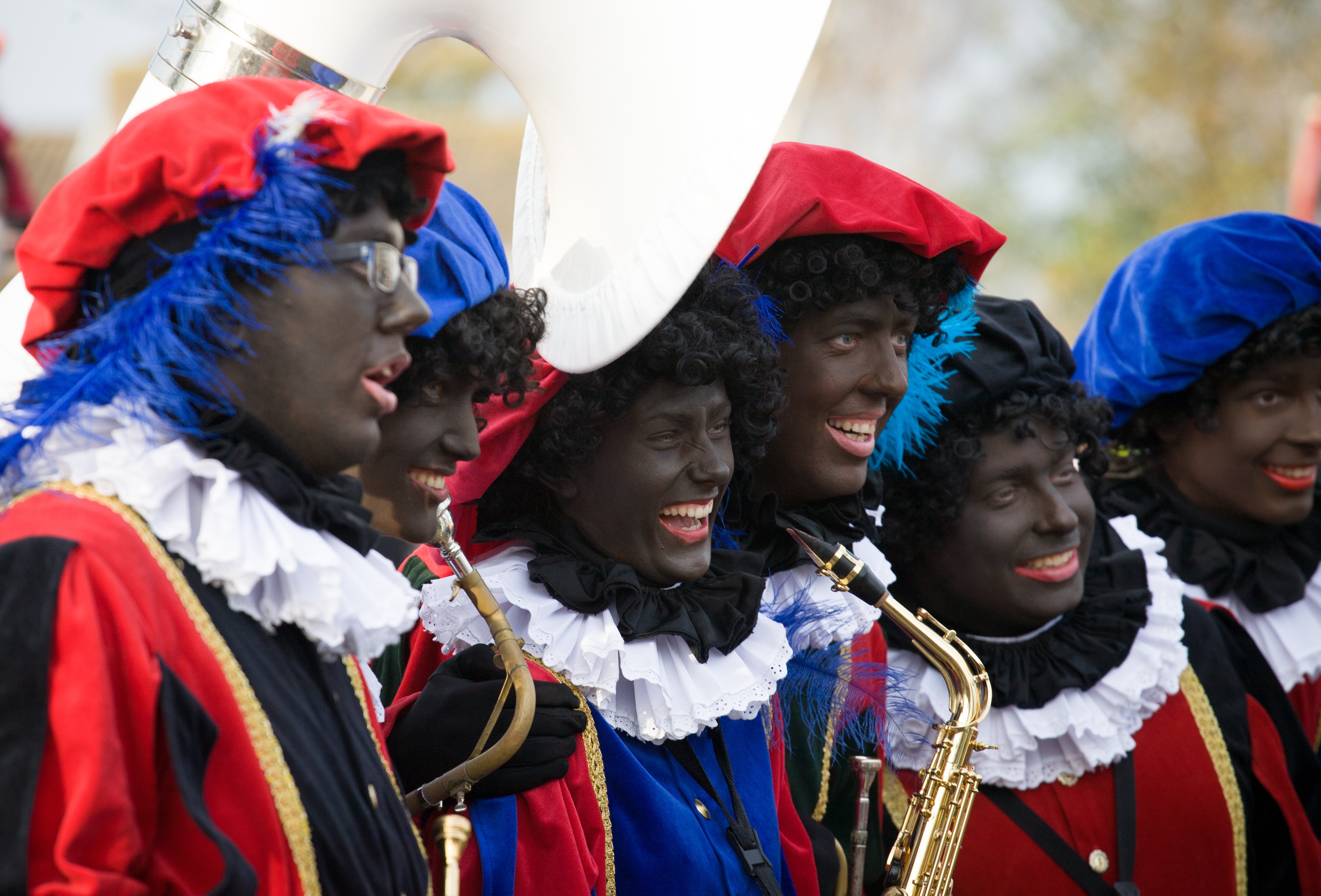 While Zwarte Piet (Black Pete) has been around for centuries, it’s really only been in the past few years that the blackface companion to Sinterklaas (Saint Nicholas) has become a major figure of controversy and debate in the Netherlands.

This year Smudge Pete (Roetveeg Piet) was introduced. His face isn’t completely “black,” it’s “smudged," more in line with the storyline of coming down the chimney. Smudge Pete has been embraced as a good compromise by many, but for those who feel strongly on either side of the Zwarte Piet debate, opinions remain divided.

Here in Australia, within the Dutch community, the opinions and views are equally polarised.

The Canberra Dutch Club organised a Sinterklaas Party at the Embassy of the Kingdom of the Netherlands last weekend.

Recent immigrant Mark van Deursen was responsible for the planning of the event on behalf of the Canberra Dutch Club and said that "in consultation with the Embassy we decided this year to have only Smudge Pete because we want everybody to feel included."

Speaking to SBS Dutch however, he slipped up almost immediately and referred to the Petes as "black" and admitted it was a force of habit which was hard to break.

In the lead up to Sinterklaas they released a series of videos that portray the thieving character of Pete in 'smudge face' stealing the magic Big Red Book with all the names of the children in it. The video series follows their attempts to recover it: The series has gained huge popularity on the group's small Facebook page in the last two weeks. Jeff Govers, one of the teachers at the school, admits that to meet the needs of both camps in the argument, there was a mix of black Petes and Smudge Petes. 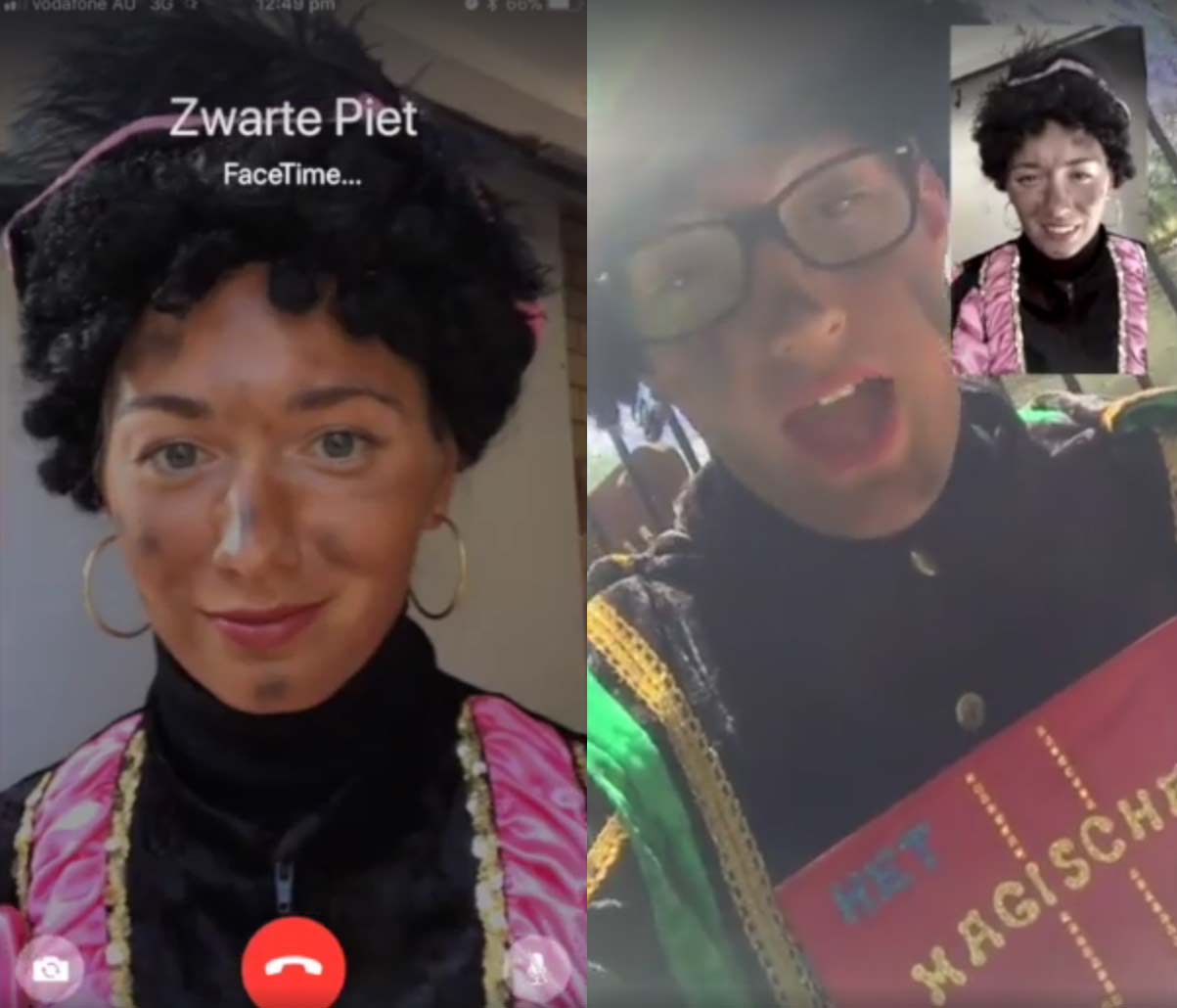 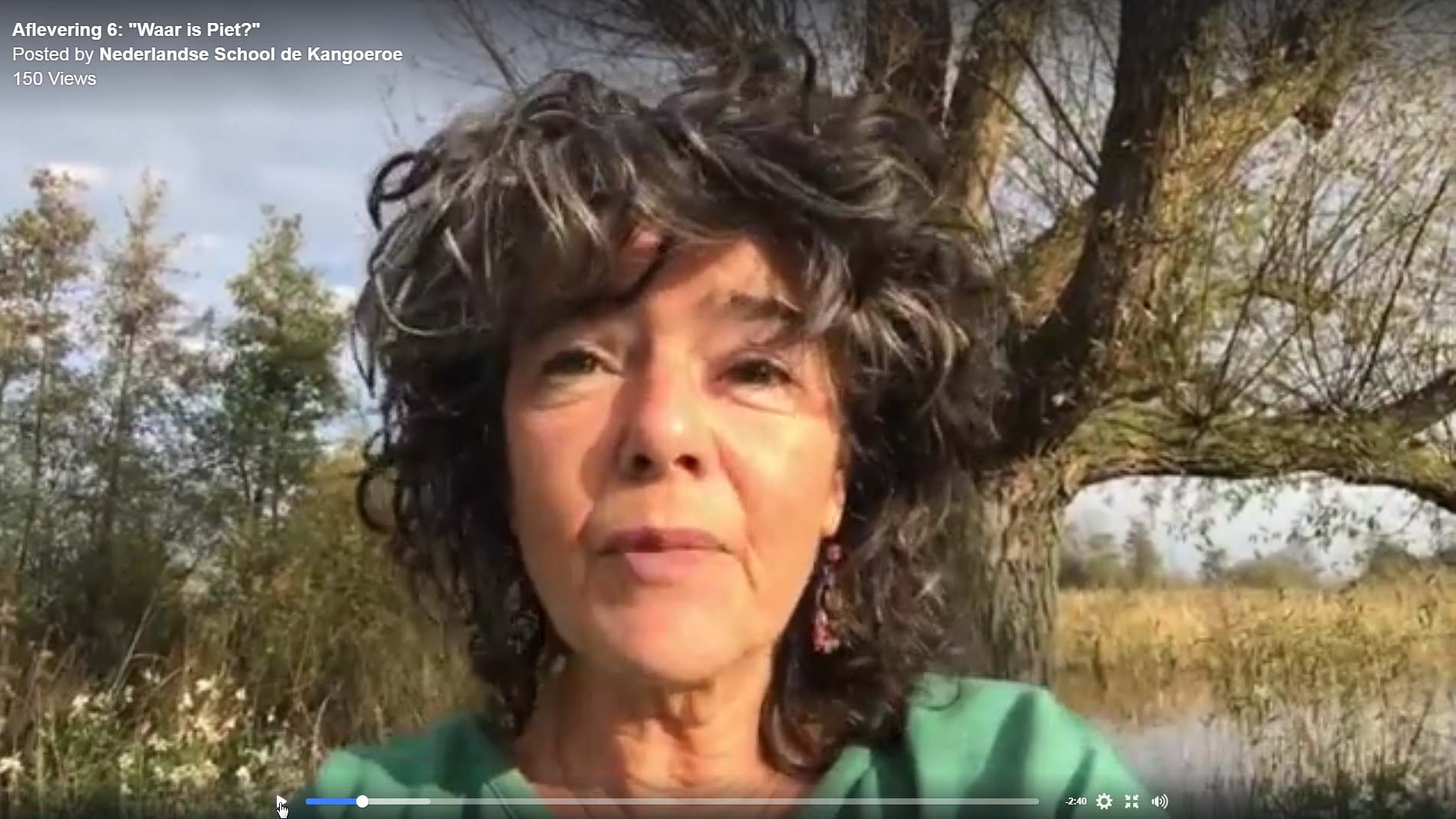 In the Dutch Club Abel Tasman in Melbourne the festivities are organised by Petra Okhuizen-Schaap, who says she is not a fan of the multicoloured Petes that have been the rage for the last couple of years.

“M&M Petes are not our thing,” says Okhuizen-Schaap. “We will follow what’s happening in the Netherlands and will have some Smudge Petes and some Black Petes, but they are brown, not pitch black.”

Listen to Petra's full interview (in Dutch) with SBS Dutch below:

SBS Dutch filmed the festivities at the Abel Tasman Dutch Club in Melbourne:

In the Dutch Club in Adelaide, the volunteer make-up artist, pensioner Hennie McCloud, has been painting Zwarte Pieten for over 30 years and she is actually married to one of the Sinterklazen.

Hennie tells SBS Dutch she has no time for sensitive racism matters: “Zwarte Piet is black, he always was and he always will be.”

“And if they want him in a different colour, they can paint him themselves.”

The Dutch Club in South Australia shared the following video of their celebrations:

Below, SBS Dutch interviews the organisers of Sinterklaas parties in Sydney, Canberra and Adelaide as they give an overview (in Dutch) on the events in Australia:

The history of debate in the Netherlands

The debate in the Netherlands really kicked off from 2011 when somebody insulted student activist and filmmaker Quinsy Gario, of Dutch Antilles origin, by calling his mother a ‘Black Pete.’

From then, he began to speak publicly on the issue, launched the Zwarte Piet is Racisme movement online and started to wear a T-shirt that read “Black Pete Is Racism.”

In that same year he was manhandled by the police and taken into custody for public disturbance at the traditional annual Sinterklaas festival where he was protesting against the Black Petes. 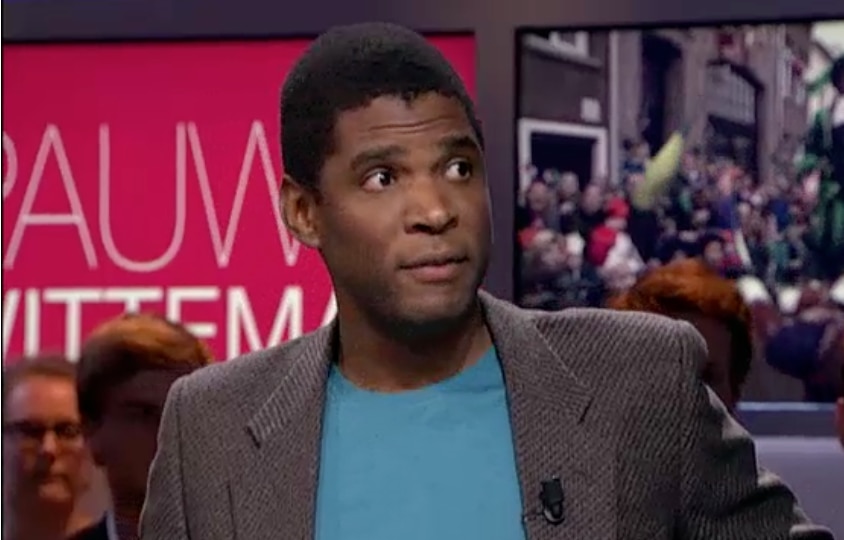 He made it to national TV in 2013 as a guest on the very popular current affairs TV talk show Pauw en Witteman, where he said: “I see the Black Petes as a colonial hiccup, a relic from 1851.”

“That was 12 years before the abolishment of slavery and we still perform this little theatre play every year.”

He subsequently took the city of Amsterdam to the European Court for Human Rights in 2014 in order for the Black Petes to be excluded when Sinterklaas would make his big yearly parade into the city.

All this resonated with the increasingly larger multicultural groups in the Dutch community. The opponents see Black Pete as a hangover from the colonial slave-owning days and call for change.

The Economist said that the discussion: "polarised cultural life and dragging in celebrities, politicians, and even the UN” into the debate.

They also wrote that it “changed Zwarte Piet. For many, he was not a symbol of Dutch racism, he is now."

This saw the emergence of the multi-coloured Petes: blue ones, red ones, green ones, and even rainbow ones. The opponents of Black Pete were pleased, while the other camp argued that the whole traditional Sinterklaas experience had been hijacked.

There have been quite a few times that Anti-Zwarte Piet protesters have been arrested by the police for disturbing the peace.

He asked for both camps to remain “cool in the head, warm in the heart and show empathy for those who might feel insulted." Just a couple of weeks ago a busload of anti Zwarte Piet demonstrators was on its way to Friesland, one of the northern provinces, for a march.

Once the Pro Zwarte Piet heard, they effectively blocked the road to the province with cars. The Pro-Zwarte’s got arrested, the Anti-Zwarte’s got to go home. They came back a few days later under police protection. The history of Sinterklaas, Father Christmas and Zwarte Piet

The Dutch Sinterklaas looks at first glance very much like Father Christmas. On closer inspection though, Sinterklaas is a tall skinny serious-looking bloke with a long white beard and a miter on his head wearing a floor-length red robe over a pontifical dress - which makes sense because he is actually a bishop.

On his birthday, the 5th of December, he hands out presents to all the Dutch children that have been good. Adults get nothing.

He precedes the American-led legend of Father Christmas or Santa by about 50 years, having been introduced in the 1850s in the United States by Dutch immigrants. 'The Feast of Saint Nicholas' circa 1660s, is a painting by Dutch master Jan Steen, currently held by the Rijkmuseum in Amsterdam
Wikimedia Commons

The Americans liked him so much they quickly morphed him into the more jovial chubby character with a shorter beard and shiny cheeks that we know today.

Sinterklaas is more stern than Father Christmas. Not only does he cut a statelier figure, he is also a grounded man who transports himself on a white horse, not reindeer.

While he does ride the Dutch rooftops at night to deliver the presents through the chimneys - a feat in itself for such an old man - you won’t catch him flying through the air with a bunch of reindeer (who are notoriously untamable) in a magical sleigh.

The key difference in the blackface debate come to his helpers: Father Christmas has an army of elf helpers, Sinterklaas has servants - black servants.

These servants are all, without exception, called Zwarte Piet (Black Pete), which many people still proudly dress up as every year.

In the Dutch legend, Sinterklaas actually lives in Spain, and the Zwarte Pieten are ‘Moors’ who live in Spain. Once a year he gets on a steamboat and sails to the Netherlands to celebrate his birthday with all his Zwarte Pieten.

That’s one theory. The other is that they are black because they are the ones going down the chimney to deliver the presents.

Either way, it appears the Dutch public debate on the issue of blackface is far from over.