Deng Garang Deng fled the war in South Sudan when he was five. When he arrived in Australia four years ago, he just wanted a good education for himself. Now, the 19-year-old is a step closer to fulfilling his dream of becoming a doctor.

As a refugee, Deng Garang Deng says, he was always worried about his education because he depended on others to pay his school fees.

A relative, who funded Deng's education in Kenya after fleeing South Sudan at the age of five, could no longer pay for his private school education when the South Sudanese economy collapsed.

“The school frequently sent me home when the fees were not paid,” he says. He was forced to return to the UNHCR-run school in Kakuma refugee camp, which according to the UNHCR, is home to thousands of East African Refugees from Rwanda, Congo, Burundi, South Sudan, Ethiopia Sudan and Somalia, among others.

Life in the camp was tough, and Deng, like thousands of others, faced scarcity of food, health facilities and other necessities.

“Yes, life was hard in Kakuma Refugee camp because people will have to deal with the heat, dust, hunger, and the list goes on," he says.

But for him, there were some positives too.

“Back in the camp, we were socially connected as families, friends who were always around to play if you need them. We would gather in the evening, and that go and play as young people without fear of anything.”

But all along, he had been hoping to be resettled in Australia where he already had an uncle.

“My hopes were in Australia because someone told me I wouldn’t be asked to pay school fees.”

In 2016, he was accepted to be resettled in Australia with six others from his extended family. 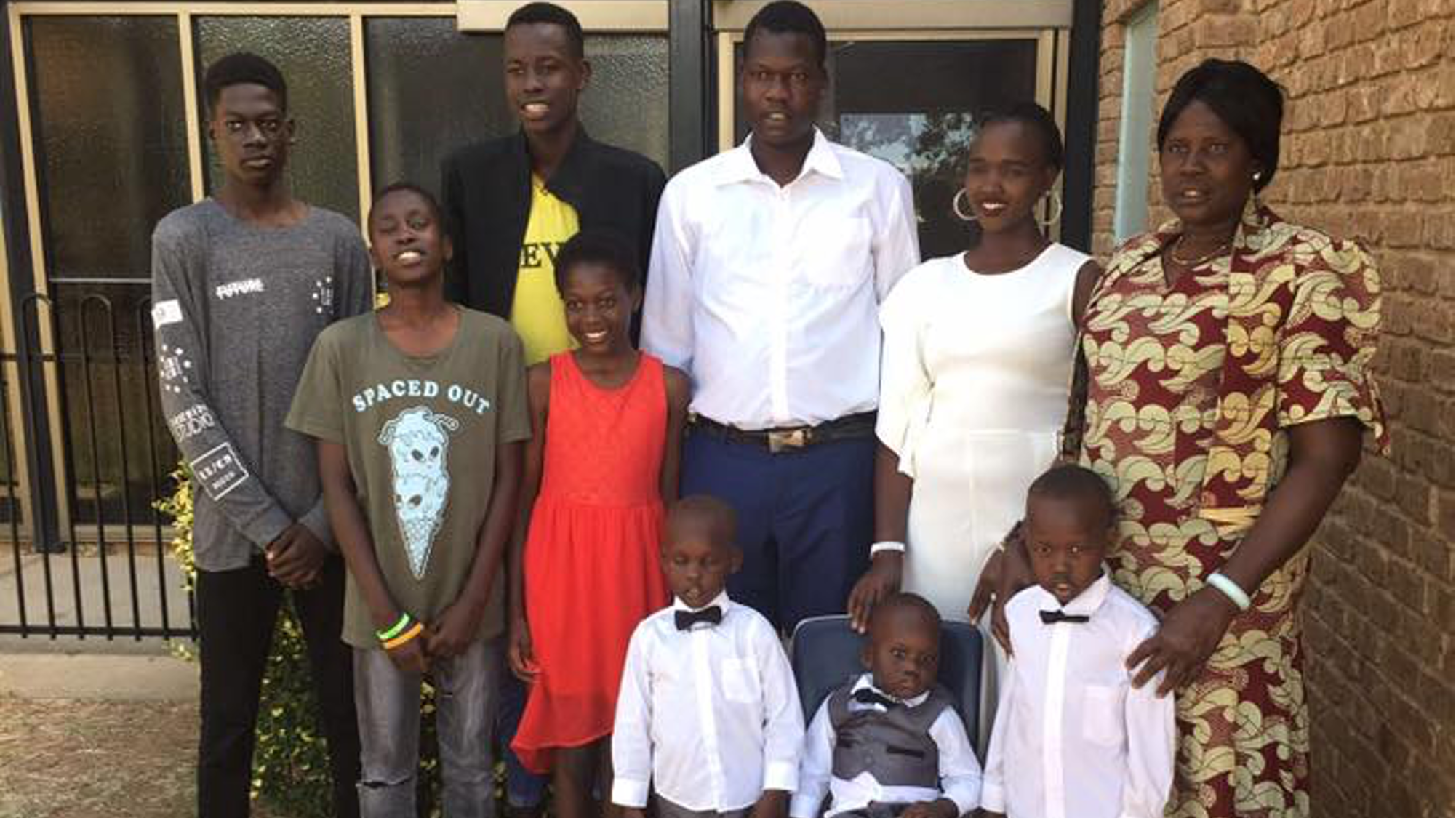 Deng Garang Deng with member of his extended family
Supplied

“We were seven people when we came to Australia on humanitarian visas. The sponsorship was organised by my uncle Makuac Mabior Deng who lives here in South Australia. The other six people that came to Australia from my family include my brother, grandmother, aunt, uncle and cousins," says the 19-year-old.

Deng first enrolled at Playford international college and then moved to St Columba College two years ago, where he was given a scholarship.

He says he was expecting a good score in his Year 12 exams but wasn’t sure if he could get an ATAR of 98.1.

“There was a possibility that I could get that high, but I was not sure of the outcome. Here in Australia, they don’t compare students as they do in Africa, leaving one not knowing how other students are doing. In Africa, they rank students from number 1, 2,3 and so on, and that let you know which student is doing what.”

He is now hoping to be admitted to a medical school in South Australia to study medicine.

“I can see the important role medicine plays in the community. Medicine is an integral part of human life as all of us need to live in healthy ways, and that’s why medicine will not lose its relevance.” 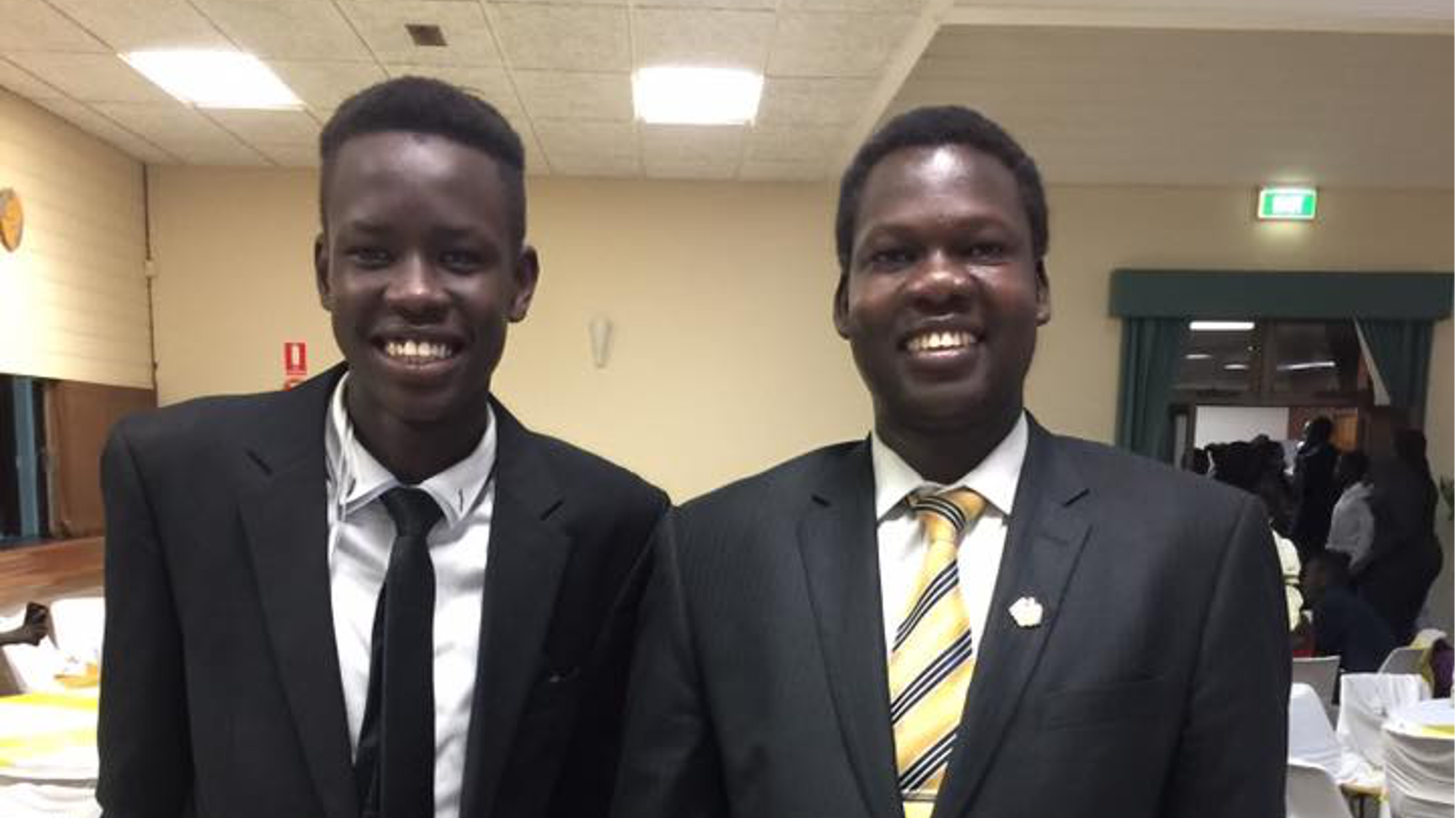 Being a black person in Australia, Deng has encountered racism in Australia in the four years since moving here. However, he says he faced much worse as a refugee in Kenya.

“Racism and hate are everywhere, and those who have been to Kenyan schools can tell you how bad it was. I think there are not many people doing that here in Australia,” he tells SBS Dinka.

Deng also has a message for the youth in his South Sudanese community who have received negative media attention in recent times.

“In Australia, peer pressure is too much, and that is affecting many young people. When your friends can tell you to do what they want, one has to choose what is good instead of bad. I know many young people want to have fun, but they need to take time to read or do things that will benefit them.”