Dr Dinesh Palipana’s story is an inspiration to other people with disabilities – an encouragement to follow their dreams.

Dr Dinesh Palipana, a Queensland medical graduate, who was left quadriplegic after a car accident has been offered a place as an intern at the Gold Coast University Hospital.

He told ABC the feeling is “incredible and surreal.”

Dr Palipana became a quadriplegic in 2010 after a really bad car crash.

With this intern placement, he will become the first quadriplegic medical intern in Queensland.

Dr Palipana started medical school in 2008 and says his dream is to eventually train in radiology.

He told ABC it was a huge relief to be offered a placement after years of dedication.

"I got a call on Friday afternoon at 2:37pm, I remember the time pretty well," Dr Palipana added.

"There are obviously some issues around physical and practical requirements of an intern which we'll work with Dinesh to overcome so he will be successful in the end," Professor Vonau told ABC.

Dr Palipana also took out academic and clinical awards for excellence at his graduation at Griffith University. 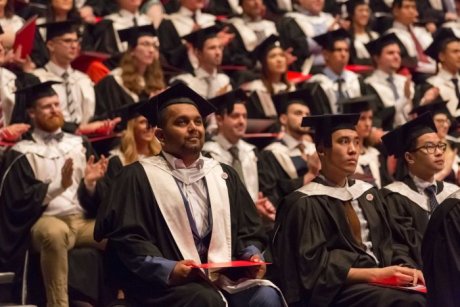 Dr Palipana said - "Just because you have a physical impairment doesn't mean things are cut off so I hope we've shown what is possible."

Dr Dinesh Palipana’s story is an inspiration to other people with disabilities – an encouragement to follow their dreams.