A teenager dubbed 'Egg Boy' after he smashed an egg on Senator Fraser Anning's head has admitted it was wrong despite disagreeing with the politician's words.

A teenager who egged an ultra-conservative Australian senator for his words over the New Zealand terrorist attack has admitted it wasn't the right thing to do.

More than a week after Will Connolly, 17, rose to fame for cracking an egg on the back of Senator Fraser Anning's head in Melbourne, he says violence wasn't the answer. 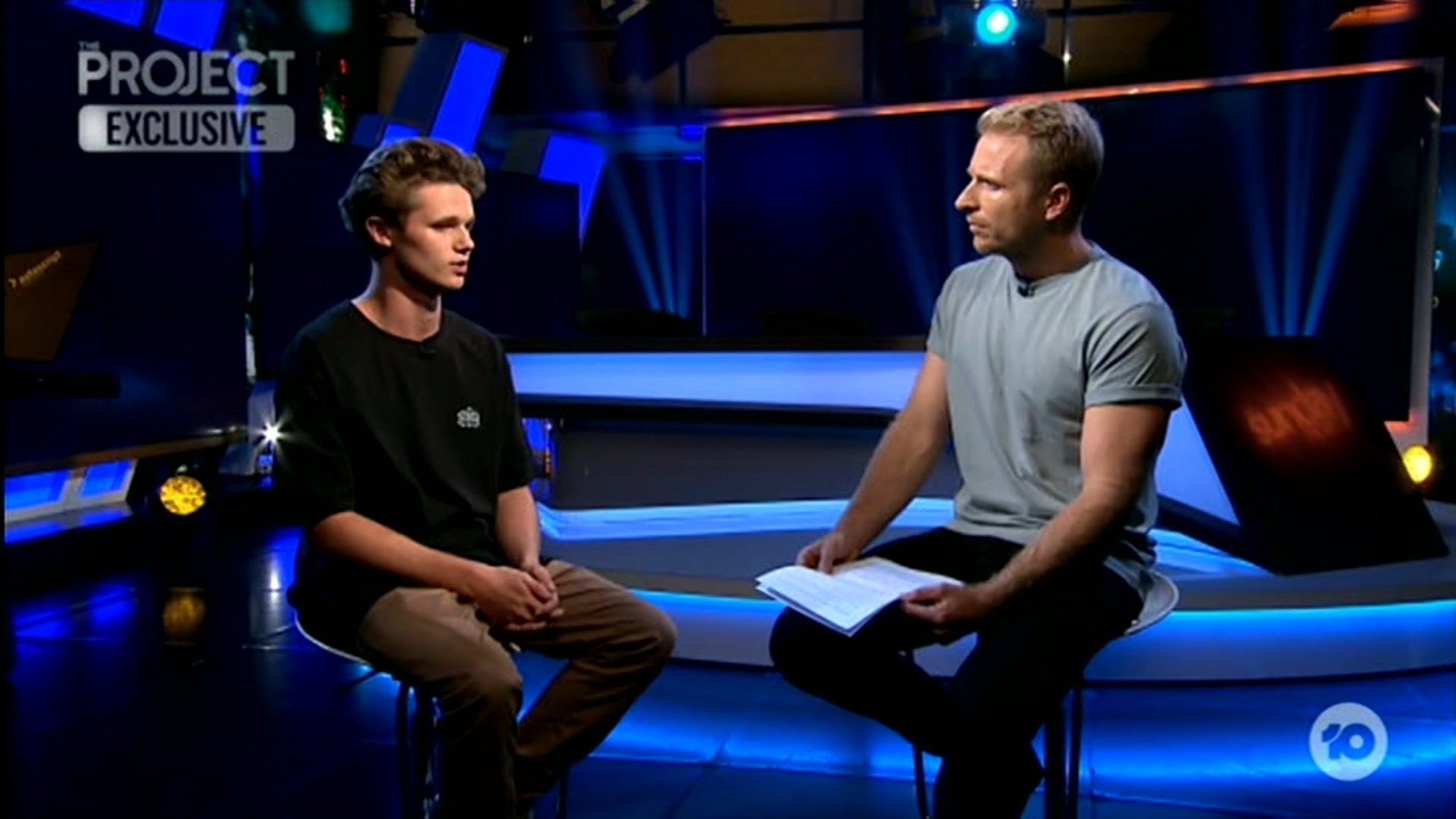 Will Connolly told The Project host Hamish Macdonald that his actions were 'not the right thing to do.'
Channel Ten

"I understand what I did was not the right thing to do. I can understand why some people would react the way they did," Connolly told Ten's The Project on Monday night.

"There is no reason to physically attack anyone."

Connolly, dubbed "Egg Boy", was angered by the independent Queensland senator who said Muslim immigration contributed to the 50 deaths in the Christchurch massacres.

So he attended Senator Anning's political event on March 16 in the hope of forgiving him for his words in the wake of the terrorist attack, listening for an hour before he cracked.

"I thought the world should be supporting all those victims, giving them love and passion, and the senator released a statement which was pretty much a divisive hate speech blaming the victims for the attack. I was just flat-out disgusted," Connolly said.

"I went in to listen to him for an hour to see if it would change my mind, as I am a pretty forgiving person, in my mind I wanted to forgive him. Then he started saying some more things ... which empowered me to egg him."

While Connolly understands what he did was wrong, he said the egg has united people including about $80,000 raised through a crowdfunding campaign.

He will donate the money to victims of Christchurch massacre.

Connolly won't pursue legal action against Anning or his supporters who put him in a headlock, and he was interviewed and released by police without charge.

Connolly says the egging has blown up and too much attention has been taken away from "the real victims' suffering".

So he's decided to stay away from eggs for now, and mix up his food choice.

"I was actually called 'egg boy' before this happened as I'd eat boiled eggs at lunch and all the girls would be like 'get away from me, that reeks'," he said.