A weekly SBS podcast with an outside view on Europe, provided by insiders. Your host is Oliver Heuthe.

Europedia brings together experts and commentators to decode and analyze the issues affecting Europe. A distinctly multicultural Australian perspective giving a unique insight into how this complex continent ticks.

Episode 6 - How Erdogan divides his people, even as far as Australia.

The Turkish president Recep Tayyip Erdogan divides not only his country but also the Turkish community here in Australia. A heated debate erupts when Turkish-Australians discuss on the Europedia podcast, whether Erdogan's new powers are excessive or not. However, they are not divided on the question whether the government in Ankara should look towards Europe, or not. 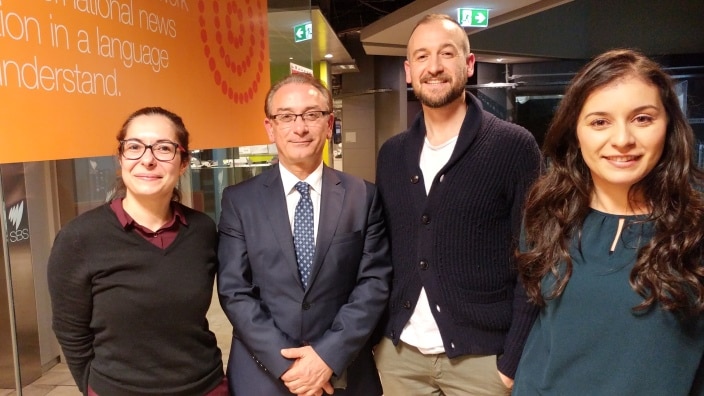 Episode 5 - The Macron Miracle - Will the French President change Europe?

French President Emmanuel Macron has turned his country’s political system on its head. Anything seems possible with the new dynamic leader in the Élysée Palace, but will the 39-year old convince not only France but all of Europe of his futuristic vision. And what does he actually stand for?

Europedia panel guests Christophe Mallet, Gabriele Suder & Stéphane Redey discuss why Macron brings hope to the Grand Nation, but also what it means to be French. 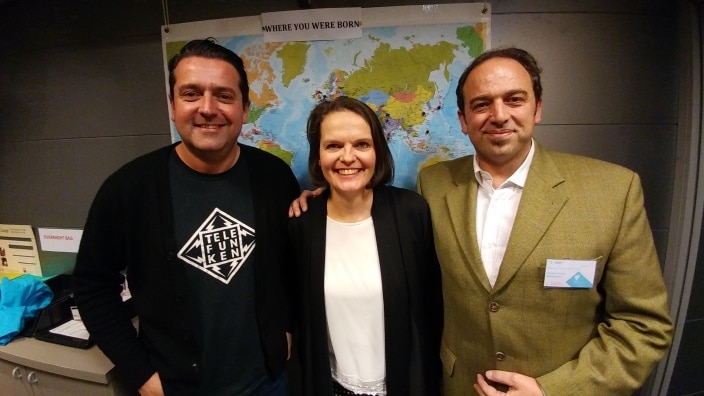 Nobody likes to talk about their own debt. However for Greeks, the money talk has become normality and on Europedia, three Australian-Greeks do exactly that.

They explain how the financial crisis has affected their families and their homeland as a whole? Yet there is no consensus on how to get out of this fiscal mess and the role the European Union should play in all of this.

Episode 3 - British identity and the new tricky path to Brexit

The British have yet again shocked the world with a vote that no one expected. British Australians discuss their newly weakened Prime Minister, the tricky way to Brexit, and the idea of British identity.

Episode 2 - Is populism good for Europe?

This week, we have three guests on the panel from very different regions in Europe, but they have one thing in common; all their countries have been in the midst of the refugee crisis over the past few years.

Why have Italy, Germany & Hungary simultaneously experienced a rise in populist movements?

Italy has experienced a huge influx of people seeking shelter and hardly a day goes by without new people arriving by boat. Germany made headlines when it opened its borders to approximately one million people who came across the Balkans. Hungary, on the other hand, did quite the opposite. It sent out the army to erect a new fence that has only one purpose, to keep asylum seekers out.

Episode 1 - The European in Australia

Is there such a thing as a European identity, and why do Australians love the French so much?

In this first episode of Europedia, host Oliver Heuthe finds out from Manuela Erb that promoting ‘Swissness’ is her passion in life and that she doesn’t agree with the idea that Australia is heading down an “Asia-centric” path.

German-Greek small business owner Christos Papadopoulos explains how he combines three nationalities in one persona, and proud French citizen Christophe Mallet stresses that not much would run properly in Australian cities, without European expertise.

You can subscribe to the Europedia podcast on iTunes and your favourite Android podcast player (rss).