Harpreet Grewal's application for permanent residency was declined after he separated from his wife for ten months while being on a spouse visa. It was determined he was in the relationship to be in Australia.

Harpreet Grewal (32) has lived in Australia for over a decade and has a family here. But he is now being deported to India after his application for permanent residency was turned down by the Department of Immigration and Border Protection.

If the Immigration Minister doesn’t step in, Mr Grewal will board a flight to India from Adelaide on Monday evening-a step that he says will tear apart his young family.

“My wife and son are Australian citizens if they come with me, how long can they stay there when I have no source of income in India having lived and worked in Australia for the last ten years,” Mr Grewal tells SBS Punjabi.

His wife Rupinder Kaur and son Angadvir are Australian citizens.

Mr Grewal came to Australia in 2008 as an international student and met his wife Rupinder- then a permanent resident, in 2011 and they got married in 2012.

The Immigration Department declined Mr Grewal’s application for permanent residency after he briefly separated from his wife while being on a spouse visa that an applicant is expected to remain on for at least two years.

His subsequent appeals in the Migration Review Tribunal and the Federal Circuit Court were dismissed on the grounds that he did not have sufficient evidence to prove a genuine relationship.

Authorities believe Mr Grewal was in the relationship just for a permanent visa.

The department held that the couple remained together just for 16 months while Mr Grewal says he has lived with his wife for five years, except for a period of ten months.

Rupinder who is a stay-at-home mum says if her husband is forced to leave, their son would be devastated.

“He is so sad to see his dad pack and prepare to leave.”

"Anagadvir really loves her father and I love him so much. If he is forced to leave, everything will be gone for our family,” she said.

He has been told to leave Australia and apply for a visa again when he is overseas.

But Mr Grewal is circumspect about his chances of ever reuniting with his family in Australia if he is deported today.

“They are asking me to apply [for a visa] from India. But what will be different, I am the same, my partner is the same,” he says.

He is appealing to the Immigration Minister for a last-minute reprieve and reinstate his spouse visa or grant him permanent residency.

“For now, I am leaving alone but my wife and son will also travel to India later after they get their visas. Our lives are at stake here. We have no future in India,” Mr Grewal says. “It’s the last chance we have today.” 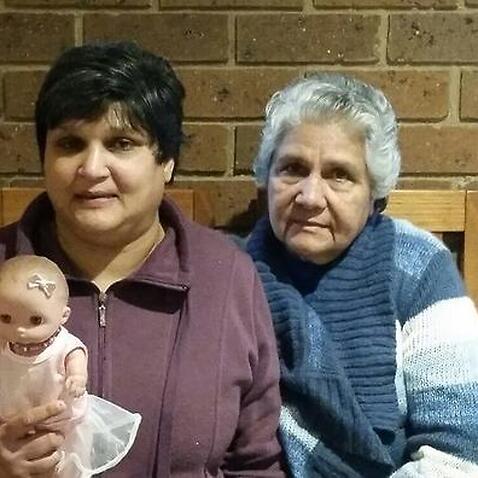