After quitting their full-time jobs to open a small burger joint, the Soto brothers weren’t too sure if their business would take off. But in less than three years, they have opened two more stores and have now become a favourite dining place for burger lovers.

Born to Filipino parents, siblings Jed, Dan and Kyne packed their bags and left their full-time jobs to open up their own burger restaurant called St Burgs in the western suburbs of Melbourne.

With a starting capital of $50,000, the Soto brothers refused to be cowed by the possibility of failing.

“We didn’t want to have that mentality of being scared to open something or not open a business because we’re not sure if we’re going to succeed, we basically worked through that barrier,” says Dan Soto.

Jed and Kyne both worked for NAB as financial and superannuation advisor, while Dan worked as a team leader for Medibank health insurance before dipping toes in the food business. Despite having stable jobs and incomes, their strong passion for food was what prompted them to turn their backs from regular 8-hour work.

The daring pursuit led them to open a tiny burger joint in 2015 in the suburb of Maribyrnong. How it all started

Dan Soto grew a strong passion for burgers during a trip to America in 2014.

“They have perfected the burgers in America everywhere you go there you can’t have a bad burger. I took that inspiration with me brought it back and started playing around.”

When he came back to Australia, he started looking and grinding different cuts of beef, explored on various kinds of cheeses and mastered the art of grilling to make the perfect burger for his family and friends.

While experimenting on flavours and perfecting burgers, it was in that same year when his brother Jed proposed that they open a small cafe across his brother's home. But Dan suggested that they open a burger joint instead, as the burger scene in Melbourne was starting to boom at that time.

"One day Jed called me, he said I’m thinking of opening a small cafe across the road from where I live. I said I’ve always wanted to do a burger joint and because my brother studied hospitality he had all that gourmet experience. I said why we don’t we put a burger joint instead because at the moment burgers are growing and it’s not as complicated as doing a cafe or doing a pop-up menu," Dan adds.

From a small cafe in Maribyrnong where they could only cater for eight people, they had to expand the tenancy because the demand was too high.

“The original store was a tiny store. Majority of our seating was outside. We started off small because we weren’t too sure on how we will do it and we want to reduce the risk. If we don’t do well, then at least it’s only small. But if we do well, we can always expand,” says Dan.

With the growing demand in their Maribyrnong branch, the brothers opened their next store in Pacific Werribee.

“It grew to the point where we felt like we were ready to open a new store so we can get our name out to the other suburbs of the West,” he adds.

A month after opening their store in Werribee, they opened their third branch in Caroline Springs where their main goal was to make an impact on the community.

They also have a moving food truck that comes out on festivals and caterings. The Soto brothers opened their first branch in 2015 and later opened 2 more branches plus a food truck in 2018.
Dan Soto/St Burgs

"It depends on how much risk you want to take."

While some Filipinos are risk-takers, some are not as bold as the others too. Before the Soto brothers ventured in the business, their parents expressed their concern about the idea.

“Our parents were kind of sceptical they said this is too risky we quit all our jobs and went straight to that business.”

Dan shares that they wanted to deter from that kind of mentality.

“Filipinos don’t tend to take a risk unless they’re absolutely certain something good out of it is going to happen. That sort of mentality was what we pushed aside.”

He believes that being positive and innovative are key elements to the success of a business.

“If you open up a business you can’t just continue with the same sort of products you have to innovate and think of new ways to attract your customers like incorporating Filipino flavour into the burger. You get the Westerners wondering what is in an adobo inspired burger.” 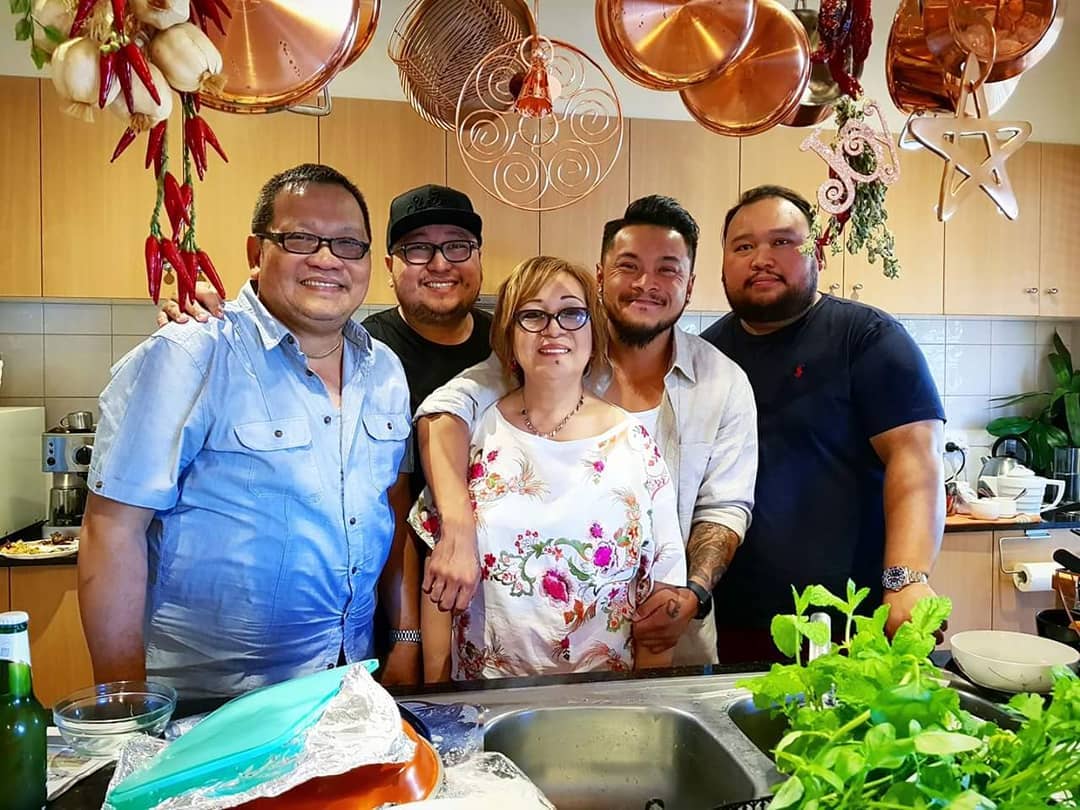 Filipino inspired meals with a twist

The Soto brothers share that they have always wanted to make the traditional Filipino food more known in Australia that's why they try to incorporate Filipino flavours into their menu.

"I would love to get the traditional Filipino food more known in the community that’s why we always try to incorporate those Filipino flavours into the burgers. We found a way to incorporate our mum’s recipe too. We’re trying to embrace our Filipino culture more now than before," says Mr Dan Soto.

The brothers have created unique ways to make burgers and even made meals that paid tribute to popular Filipino food such as The Yum Durger, Adobo Shaker Fries, Durger Steak, Sinigang Wings, and Ube Shake and the famous sweet style spaghetti paired with chicken and gravy.

When non- Filipinos come to try their Filipino-inspired food, Dan says most of them find their combos weird but later on would comment that it was good.

"Every time a non-Filipino comes in and then they see our Filipino inspired menu such as Filipino fried chicken with spaghetti, they would say it's an odd combo but we encourage them to try it. Whenever they try it, they’re shocked and they keep on eating," he quips.

Besides the food, they would like to focus more on bringing their Filipino customers that homecoming feeling.

"With Filipino food, it’s kind of a hit and miss from experience. It depends on how and where you were raised. A lot of Filipinos say when they’re having Filipino food ‘my mum makes it differently’. What we’re after is that nostalgic feeling that when someone eats it, they’ll be like ‘it reminds me of home' or 'it brings me straight home’ that’s what we’re trying to achieve." With their business growing, Dan shares that more than earning a profit, working with his brothers have brought them closer as a family.

"We all feel really good working together and each of us has our own part to play in the business. It’s definitely brought us closer than ever."

The brothers continue their quest to become the best burger joint in Melbourne's West and they are unstoppable.