Observing road rules is critical to the safety of all road users. But not all road rules are easy to understand; some can be confusing and some, at times, may seem bizarre.

People whizzing through busy city streets on battery-powered scooters are a common sight in many Australian cities these days.

However, the use of e-scooters is completely prohibited on public roads in some jurisdictions in Australia, while there are strict requirements in others if these personal mobility devices are operated outside the private property.

Peter Kartsidimas, Senior Manager at Royal Automotive Club of Victoria, says many people are spending hundreds of dollars, not realising that police can seize an electric scooter if it's used illegally.

“Those scooters are not allowed to be legally used on our roads unless they have a maximum speed of 10 kilometres per hour and 200 Watts in power," he says. The use of e-scooters in public areas is prohibited in some Autralian jurisdictions.
Getty Images
He also points out that there's a fine of over $800 for the illegal use of these devices in Victoria.

The use of e-scooters is prohibited in New South Wales and South Australia. However, the ACT,  WA and Tasmania allow their use on footpaths and some shared areas, but not on the roads. The NT is currently running a 12-month trial of e-scooters in Darwin. In Queensland, they can be used on the road in limited circumstances.

For anyone who is not used to driving in the Melbourne CBD, a manoeuvre called the hook turn might be confusing and intimidating.

The hook turn was put in place to facilitate traffic efficiency for trams in the Melbourne CBD. Motorists must use the left lane to turn right wherever a hook turn sign is displayed. Motorists turning right must do so from the left lane when performing a hook turn.
Getty Images
“You simply pull over to the far left on the inside of the intersection, wait for the lights of the traffic you are entering to turn green, so once those lights go green, you just simply go forward or turn right, and you’ve completed your hook turn," says Mr Kartsidimas.

And while some of them are understandable, like not being allowed to negligently or wilfully interrupt a funeral procession or interfere and startle horses on the road, Mr Pizzati says some are difficult to make sense of.

He points out one which can cause you a fine if your car splashes mud on someone using a bus.

If it’s water at a bus stop, no problems, or if it’s mud, but it’s not a bus stop, that’s ok. However, splashing mud on a bus stop is illegal.

Another rule in NSW that Steve Pizzati finds amusing relates to pedestrians obstructing the flow of traffic.

"If you don’t cross the road quickly enough there is a 66-dollar fine," he says.

When crossing a roundabout in Canberra and going straight ahead, indicating left as you exit the roundabout may help you avoid a fine, says Mr Pizzati.

If you are in Canberra, you must indicate exiting the roundabout even if you are going straight ahead. 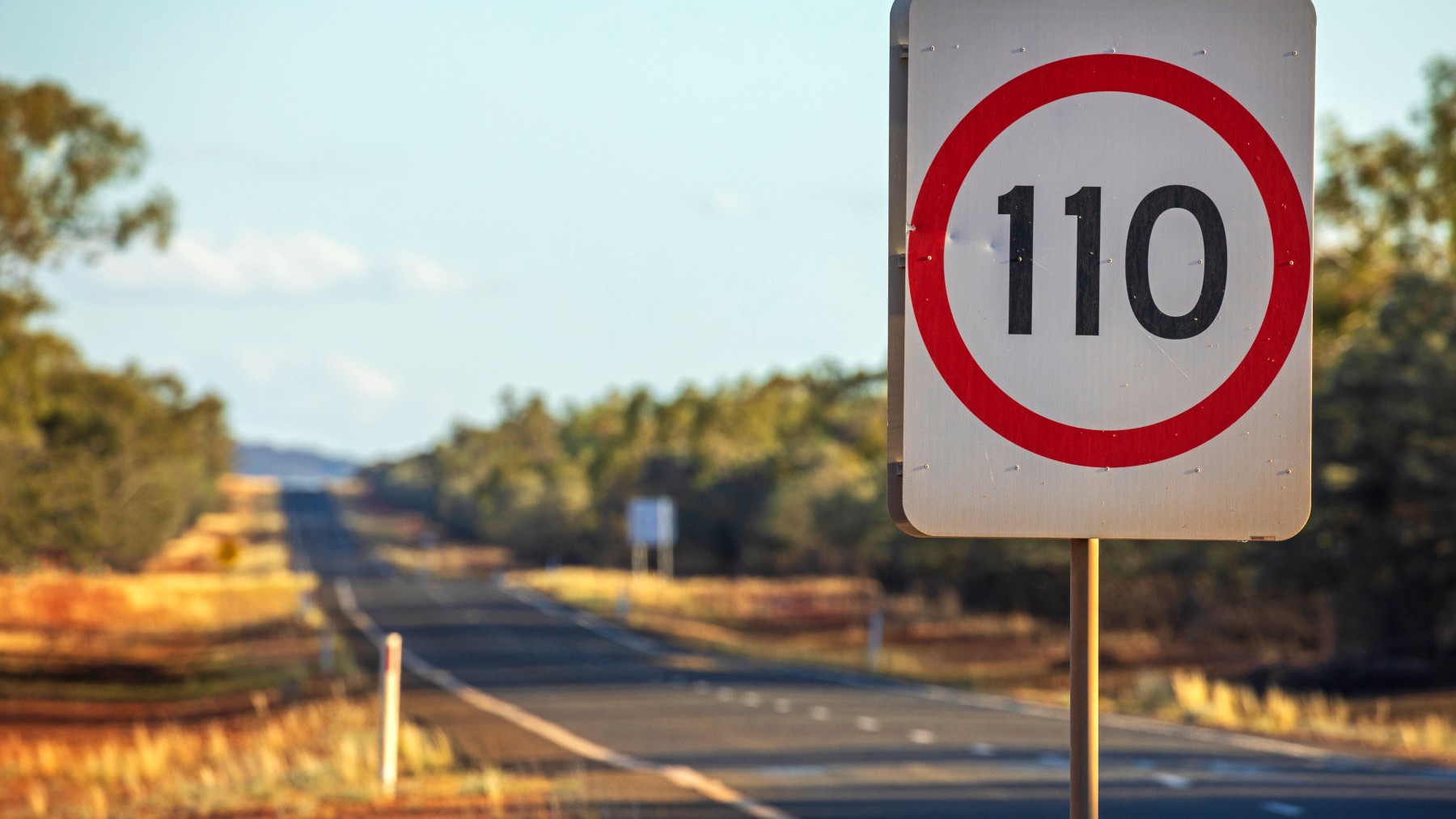 Across the country, you could be fined for deliberately driving too slow on the road with a high-speed limit.
Getty Images/ Andrew Merry

RACV’s Peter Kartsidimas points out that you could be fined if you drive significantly slower than the speed limit, like doing 20 kilometres per hour on the road with an 80 kmph speed limit.

In Australia, waving while driving or resting your arms out of the car window is against the law, as is tooting the horn or flashing headlights.

As a race driver for Porsche Australia, Mr Pizzati spends lots of time abroad, where he got familiar with international driving standards. In Australia, waving while driving or resting your arms out of the car window is against the law, as is toothing your horn or flashing lights.
Getty Images/Hill Street Studio

He urges drivers who got their licence overseas to consider that driver training and education programs in Australia are less rigorous than, for example, in Europe.

"So, yeah, be a little bit careful because the average Aussie doesn’t get a huge amount of training to get their licence, unfortunately. So, drive defensively."

To find out each Australian state and territory's road rules, visit the National Transport Commission website.