Philanthropists have raised over $15,000 to honour Greek migrants in Australia’s new National Monument to Migration.

Situated at the Maritime Museum in Darling Harbour near a place where many migrants arrived in Sydney the Welcome Wall had its status elevated to become Australia’s National Monument to Migration, following a decision by the Governor General of Australia, David Hurley.

On the occasion of the 200th anniversary of Greek independence, a group of Greek philanthropists and community organisations have collaborated to honour Greek migrants on the new National Monument. Why is the 200th anniversary of Greek independence so important for Greek Australians?

More than $15,500 have been donated to the museum so far in support of the initiative from philanthropists including Bill Drakopoulos, Emmanuel Alfieris and collectives uncluding the Ahepa National Educational Fund Incorporated and the Daughters of Penelope.

Mr Drakopoulos said the initiative is “a great chance to honour those who came before us.”

We are part of a long chain of proud Greek migrants who have forged new lives in our new home. We remain proud to be Greek and proud to be Australian.

All Australians stand on the shoulders of our predecessors. We live in a beautiful country with peace and prosperity. And we owe a debt of gratitude to those that carved the original journey for us to follow. 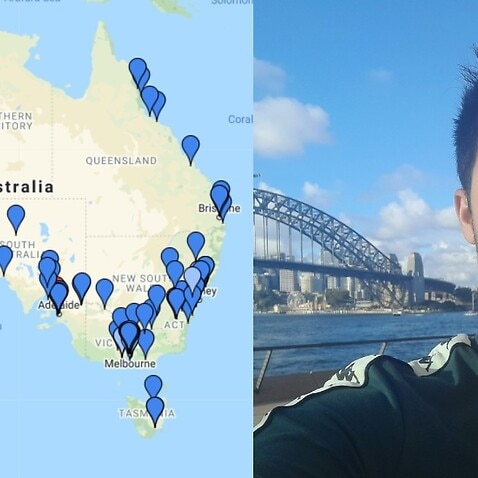 Volunteer releases map of ‘all 154 Greek churches in Australia’

The individuals being honoured will be chosen by the Greek community in partnership with the Greek Welfare Centre.

Over 1,500 people were born in Greece of the 30,000 names featured in the National Monument to Migration.

The museum is accepting names for next panels on the Monument, with a new fundraising initiative to support the honouring of new arrivals and refugees, also underway. Did you know your family could be publicly recognised as part of Australia’s migration history?