Coming Up Mon 8:00 AM  AEST
Coming Up Live in
Live
Italian radio
More

Is the traditional Italian coffee pot, the moka pot, at risk of extinction? Coffee experts weigh in.

A recent article from The Telegraph outlined the financial difficulties of Bialetti, the company that invented and produces Italy's iconic moka pot. Bialetti appears to be seriously challenged by the rise of new technologies, especially coffee pod machines.

According to the article, even Italians are increasingly choosing pod coffee over traditional styles, with sales of ground coffee decreasing in recent years. The same trend can be observed in many other coffee-consuming countries.

So, is this the tragic end of a traditional era, or is technological change inevitable for homemade cups of coffee?

"Technological changes apply to many fields, and coffee is no different," Luca Mistretta, national sales manager for Italian coffee producer Di Lorenzo Caffe tells SBS Italian. "Ultimately the moka pot was a new invention in the 1930s and it took the place of pre-existing traditional ways of preparation," he says.

In fact, the original moka pot was introduced by Alfonso Bialetti in 1933 and has since become ubiquitous in Italian households. Its unique design has even seen it go on display at New York City's Museum of Modern Art.

Alina Bacuma is the owner of Muretto & Co, a coffee shop in Pyrmont near Sydney's CBD. Alina was born in Moldova and moved to Milan when was 12. According to her, the moka pot will never disappear and rather be used differently than it was the past.

"It is becoming something less common but more sophisticated," says Bacuma. "It will be used less because people do not have time to wait for coffee to be ready, but they will keep it to maintain the memory of tradition".

Bacuma says she has a moka pot, a pod machine and a semi-professional coffee machine at home. While she favours pod coffee for a quick fix, she indulges in the longer preparation of a moka coffee when she has enough time.

"I use the moka when I want to fill my home with the smell of coffee."

Some restaurants have even started using the moka pot, says Bacuma. With its homely, non-commercial feel, the moka's use in restaurants could signal an intent to make customers feel more sophisticated and at home.

"In the space of one week I went to two Italian restaurants - one in Bondi Beach and the other in the CBD - and they both offered moka coffee, something you do not see often," says Bacuma. 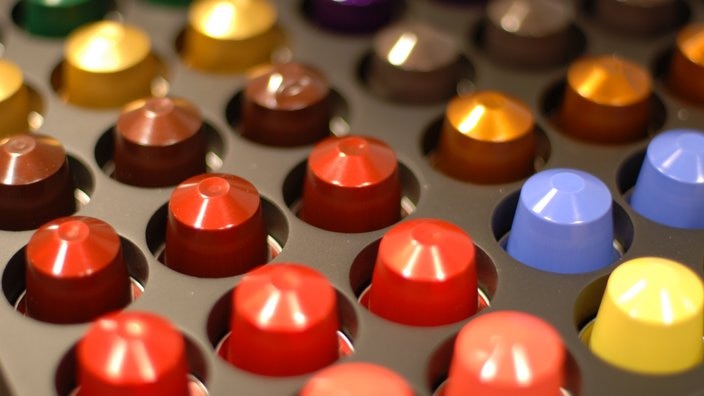 Since their arrival on the coffee scene, pods have carved themselves a significant niche in the industry
Flickr/Joe Shlabotnick CC BY 2.0

From Italy to Colombia

Italy is evidently not the only coffee-loving nation whose traditional ways are challenged by new technologies and consumer trends.

"In Colombia we usually drink a coffee similar to long black," says Juan Trujillo, proprietor of Cafe con Leche in Surry Hills. "We make it on the stove or using a machine called 'greca', however recently people's tastes are getting fancier and they want more and more the likes of cappuccinos."

Trujillo, who is originally from Medellin, Colombia, thinks that people ultimately care about what is in the cup and less about how the coffee is made.

"If you are in a rush a capsule is fine," he says, "but I still prefer the coffee made with my greca, even more than the one I serve using the espresso machine".

Sitting at a table in Trujillo's cafe is Juliana Gamboa, his coffee supplier and owner of coffee roasting company Colombian Coffee Connection. According to Gamboa coffee-makers must adapt their product to new technologies to keep improving the product.

"You need to find out how to treat the bean the best way to suit a particular technology," she says.

Juliana does not believe that pods and capsules will be the future of coffee, though, and that we should keep our eyes out for other emerging coffee technologies.

"Specialty coffee will be the next step that people will embrace, in the form of aero press, siphon coffee and filters," she says.

Coffee around the world