An IT agency in Sydney is working with overseas staff in Pakistan, rather than local talent in Australia, to develop its products. According to its CEO, it's simply a matter of business.

Every day Mellonie Francis starts her day quite late from the standard norms of office work and the reason is simple, her team works in different time zones.

“My team is primarily based in Pakistan which is five hours behind Australian time,” she says.

“I work with them until late as it is critical to our business. I have around ten team members in Pakistan while five work in Sydney.

Mellonie is chief executive of Rareiio, an IT agency based in Sydney that offers services of web design and development to small and medium-sized businesses in Australia.

The company mainly has staff overseas to develop IT products. Mellonie started her career in the corporate world but recently established her IT business.

“I started thinking about my entrepreneurship journey six years ago before I even started.

“I wasn’t very happy at my work; it was a very hard time as I had a boss who didn’t appreciate what I wanted to do. The fact that I had different ideas it was sort of like; just do what you are paid to do, don’t do anymore.

“I was quite depressed that how do I get out, and I think that’s when the entrepreneurship sprout inside of me.

In the corporate world, sometimes someone else is leading your destiny or if you have an idea it could be very much ignored and you can’t follow through because you have a job to do. According to Mellonie, she went overseas to build her team due to costs and quality of work.

“The reason I went overseas instead of using Australian developers because it is really quite expensive to just use Australian staff.

“Even when I am involved in a project, that project is now more costly because of my involvement but there is value addition of Australians being involved.”

Mellonie feels that small businesses in Australia can’t afford these huge development costs so we need to use a quasi-model.

“It was because of the opportunity to have a technology business at a much more affordable price.”

"Yes, we are expensive as there are penalty rates and a raft of other benefits that the employer is required to provide.

"The overall picture of the Australian industrial landscape for small business is a heavily regulated Act, is inflexible, is complicated and difficult to understand even for big business and has severe penalties.

"Due to the complexity of the FWA, it is a prohibiting factor for small businesses in hiring more staff.  Whilst we believe there have to be laws even for small business owners, the current situation is unacceptable and is not working. So the overall picture is negative." Mellonie says she went to Pakistan to try the development team after a not-so-good experience in India.

“I thought they would be great as recommended by an adviser in Melbourne, but unfortunately they weren’t so I had to rebuild the product. That’s when I found someone in Pakistan.

In Pakistan, Mellonie met a developer who worked with her for a week for free to show the skill and quality of work. In just four months, the Pakistani team developed an enterprise-level product.

“The product was so good that people started approaching me saying, can you build my product. That’s how the business really started. 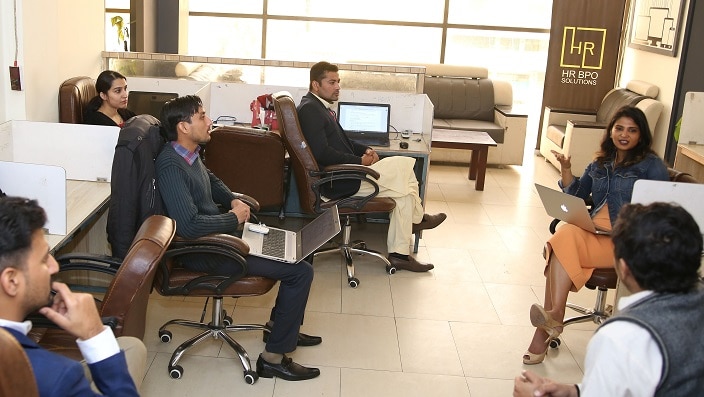 Associate Professor Anton Kriz at the ANU College of Business and Economics, specialises in innovation management with particular emphasis on changing outcomes for enterprise, clusters and regions.

He says Australia has witnessed peaks and troughs in IT skills and it is usually market-driven.

“There is a lot of talent here more than we realise, but there is definitely talent overseas. You are talking about a vast amount of numbers.

“At the end of the day you need people with the skillset that is required and with artificial intelligence and industry 4.0, companies will seek out the best people for the job.”

They often have a lower [wage] base, it is a great opportunity for them and their English is exemplary; I suppose it is the future.

Melonie says communicating with the off-shore team is actually quite easy with the new modes of online interaction.

“That’s not hard because there is Skype, there is Whatsapp groups, and I call them on phone.

"We have project management and regular one-on-one coaching sessions. I fly to Pakistan to make sure I have presence and connections with them.”