NAIDOC Week is celebrated each July in recognition of the history, culture and achievements of Aboriginal and Torres Strait Islander peoples. The theme this year, Heal Country! calls for greater protection of the environment, sacred sites and the Indigenous cultural heritage from exploitation, desecration, and destruction.

NAIDOC is the acronym for National Aboriginal and Islanders Day Observance Committee. It started as a day of mourning before evolving into a week-long celebration of Aboriginal and Torres Strait Islander peoples.

The theme of this year's NAIDOC Week, Heal Country! calls for greater protection of the environment, sacred sites and all that is tightly interwoven with the cultural heritage of the land’s Traditional Custodians.

Stacie Piper is a Wurundjeri and Dja Dja Wurrung woman and Chairperson of the Victorian NAIDOC Committee. She says that the theme is enormously relevant to every person who calls Australia home.

Its theme, Heal Country! is about taking responsibility for the land and showing respect for everything that connects with it — all living things, spirituality, identity, stories and beliefs. It’s about recognising traditional land management practices that took place over thousands of years. It’s about caring for country. 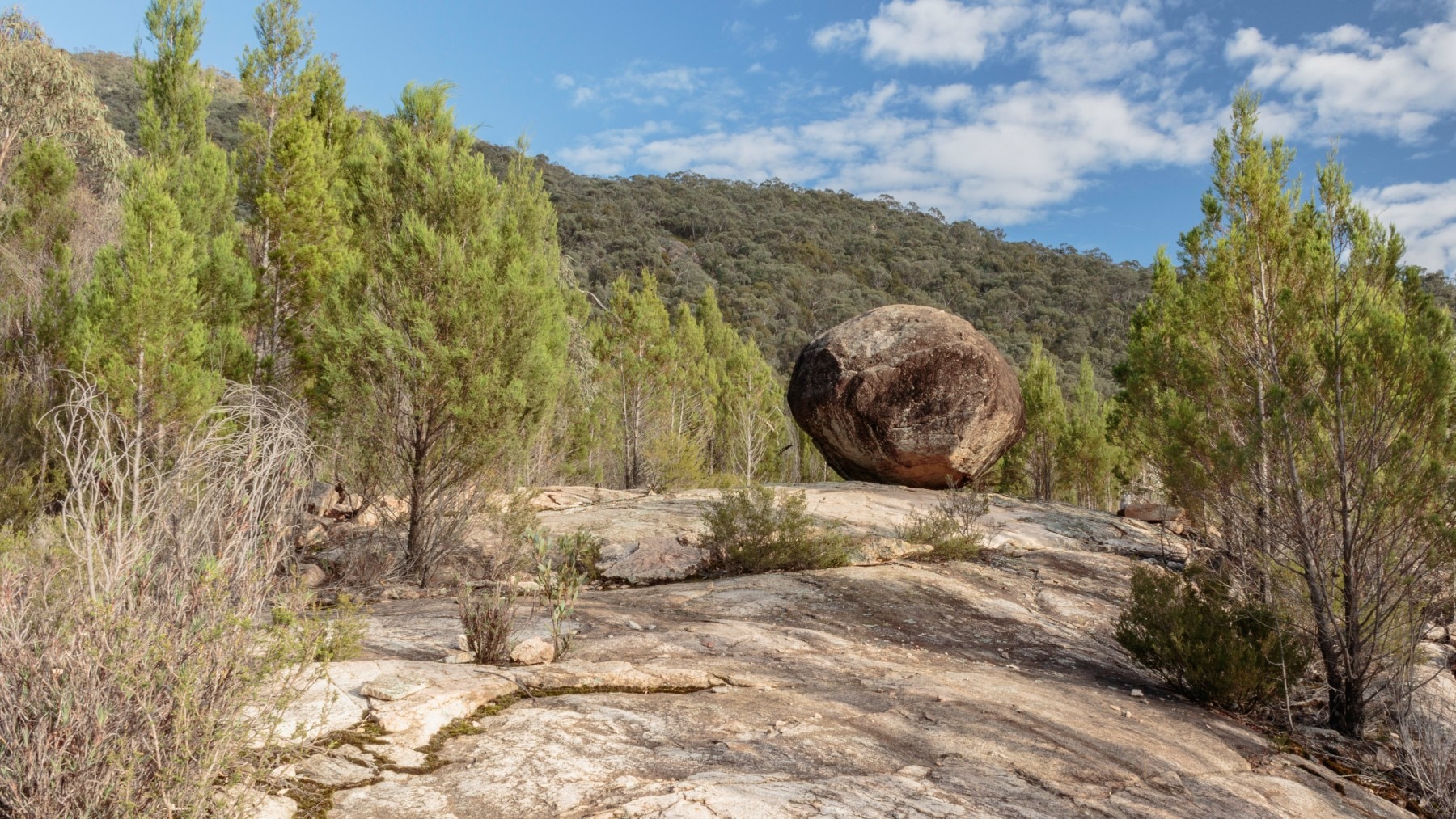 Care can mean limiting access to sacred places. Women’s sacred sites may be forbidden to men, and men’s sites out of bounds for women, while others may be sites of mourning.

Ngunnawal man Wally Bell works to preserve and protect the cultural heritage of the Canberra region. As a Traditional Custodian, he observes the cultural practices of the area.

The Canberra region is home to thousands of significant sites, with many accessible to the public, as Wally Bell explains.

“Our rock art sites out in Namadgi National Park, they’re primarily for people that like bushwalking. So if you enjoy a good walk through nature reserves, that would be an ideal place to visit.”

25km north of Sydney’s CBD is Ku-ring-gai Chase National Park. It’s home to 350 identified Aboriginal sites – one of the highest concentrations recorded in Australia. Here you can take the Aboriginal Heritage walk to view significant rock art and engravings.

Sites of significance are also found in the heart of our cities. 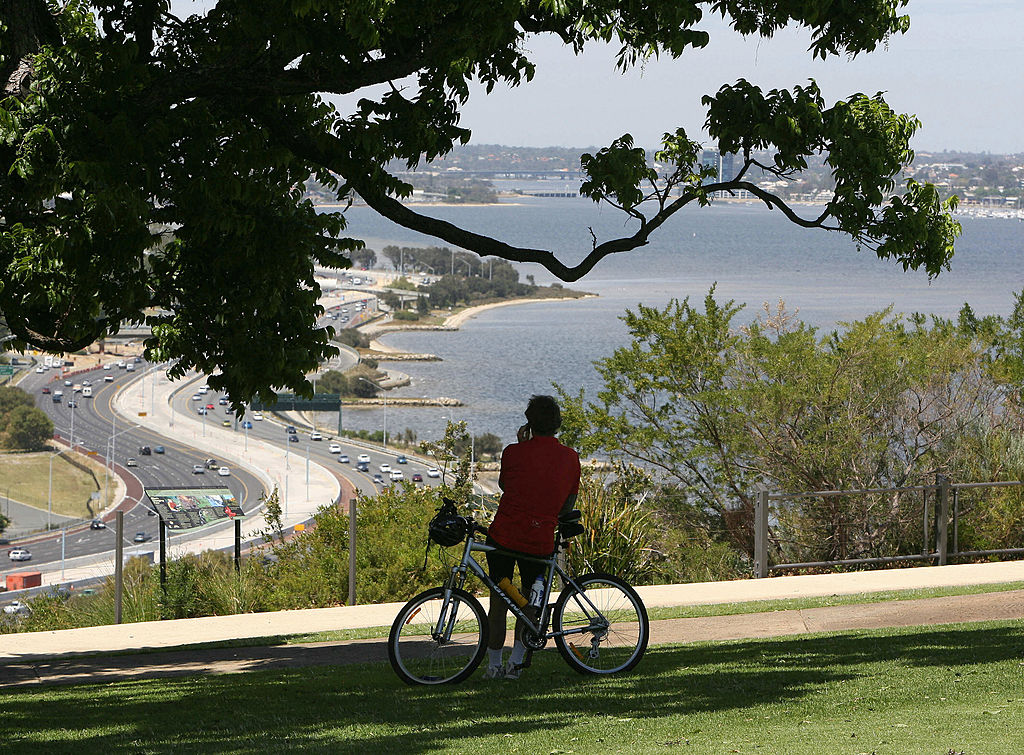 Kings Park in Perth is an important cultural area where you will find the Boodja Gnarning Walk.
GREG WOOD/AFP via Getty Images

Kings Park in Perth is an important cultural area where you will find the Boodja Gnarning Walk. This track branches off into men's and women's trails to capture their distinct traditional roles and knowledge.

In Melbourne, a new project is about to deliver listeners an augmented reality experience.

The Yalinguth mobile app connects you with the Aboriginal history of Fitzroy using immersive sound, geolocation and a pair of headphones.

Bobby Nicholls, Yorta Yorta man and member of the Yalinguth working group, helped to collate the rich and varied stories that will guide you along iconic Gertrude Street.

“Gertrude Street was like the beacon or the light tower where people would meet up because that’s where the majority of Aboriginal people were residing in the 50s, 60s and 70s.” 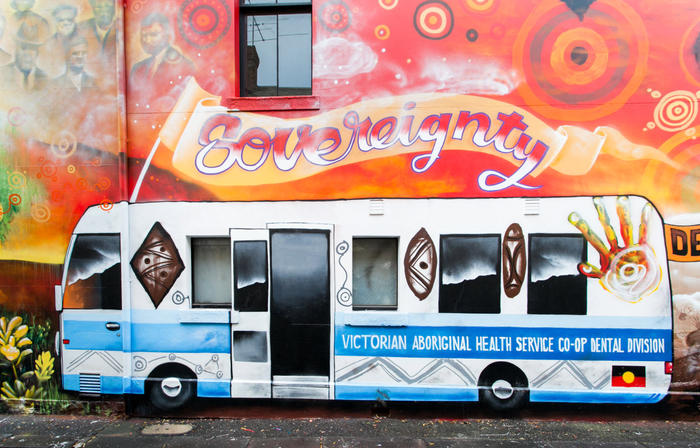 Heal Country! reminds us that caring for the land and cultural heritage is a responsibility that falls on every Australian, says Stacie Piper.

“Self educate. There are online resources, and that’s part of your own journey with connecting to country that you’re living on – knowing whose country it is, knowing the history of that area.”

View some of the online resources readily available, such as CSIRO’s Indigenous seasonal calendars.

Teaming up with Indigenous groups from the Northern Territory and Western Australia, CSIRO has produced a calendar series demonstrating the depth of ecological knowledge held by Indigenous peoples.

“Everybody who lives here needs to care for it as we always did – look at it in the way we do, visit it, care for it, pay your respects. That’s all part of healing, and there’s an exchange because it heals us as well.”

NAIDOC Week is the time to immerse ourselves in the environment and perhaps adjust the way we view our surroundings and the cultural heritage of the Traditional Custodians.