Behrouz Boochani, who has been detained on Manus Island for nearly six years, is calling the government's defeat on the contentious medical transfers bill a 'historical moment' for refugees on Manus and Nauru, saying it's a vote for humanity.

Laws aimed at making it easier for asylum seekers to get medical help passed federal parliament by 75-74 in the House of Representatives, despite fierce government opposition.

Today is such an important day for sick people needing medical care they are unable to receive on #Manus and #Nauru. Thank you to all of the many people who contributed to this remarkable community campaign. Senate tomorrow🤞 #Auspol

Under the negotiated amendments, a medical panel of two doctors would assess requests for medical transfers from Manus Island and Nauru. The Home Affairs minister would have 72 hours to make a decision on whether to agree to a medical transfer and would only be able to reject the transfer on national security grounds or if the person has a substantial criminal record and poses a threat to the Australian community.

Its a historical moment for all of the refugees on Manus and Nauru. Many people are happy now because they will finally receive medical treatment. Great to see the Australian parliament finally vote for humanity.#Manus

"Many people are happy now because they will finally receive medical treatment," Behrouz Boochani wrote on Twitter, earlier adding that it was 'their basic human right'.  He said that 12 people had so far died under what he called 'this barbaric policy'.

The Kurdish-Iranian journalist and author was recently awarded the 2019 Victorian Premier's Literary Award, for his poetic memoir 'No Friend But the Mountains: Writing from Manus Prison'.

He said he was speechless when he was informed about winning the 2019 Victorian Premier's Literary Award, as well as the prize for non-fiction category.  However, he said that for him, the award was bittersweet.

"It is actually a paradoxical feeling," he told SBS Kurdish.

In his award-winning book, translated by Omid Tofighian, Boochani charts his journey from Iran, to reach Australia, only to be incarcerated on Manus Island since 2013. 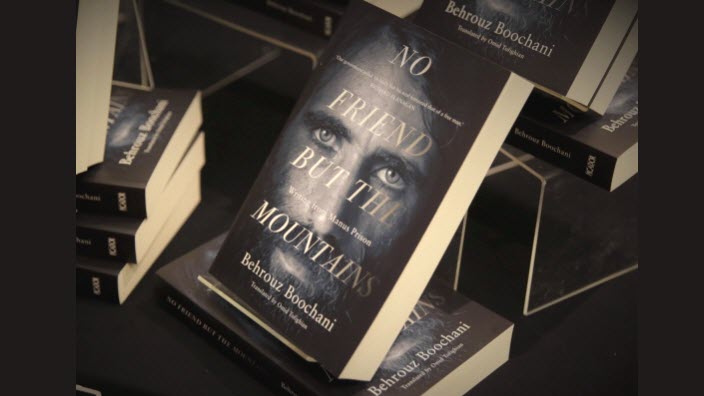 "It’s really hard to receive this award when you see that many people are living with you and suffering in this situation and are struggling to survive.   So that’s why I feel I don’t have a right to celebrate this award."

As news of the award reached him he says he was thinking about his friends on Manus and Nauru, "also about those people our friends who died under this system, who were killed by this cruel system, and they are a part of our story forever and that's why I feel really sad."

The 36-year-old previously co-directed a documentary film together with Dutch-Iranian film-maker Arash Kamali Sarestani, 'Chauka Please Tell Us the Time', which was filmed solely on Boochani's mobile phone. The film has been nominated for a number of awards at film festivals internationally and has had several public screenings. 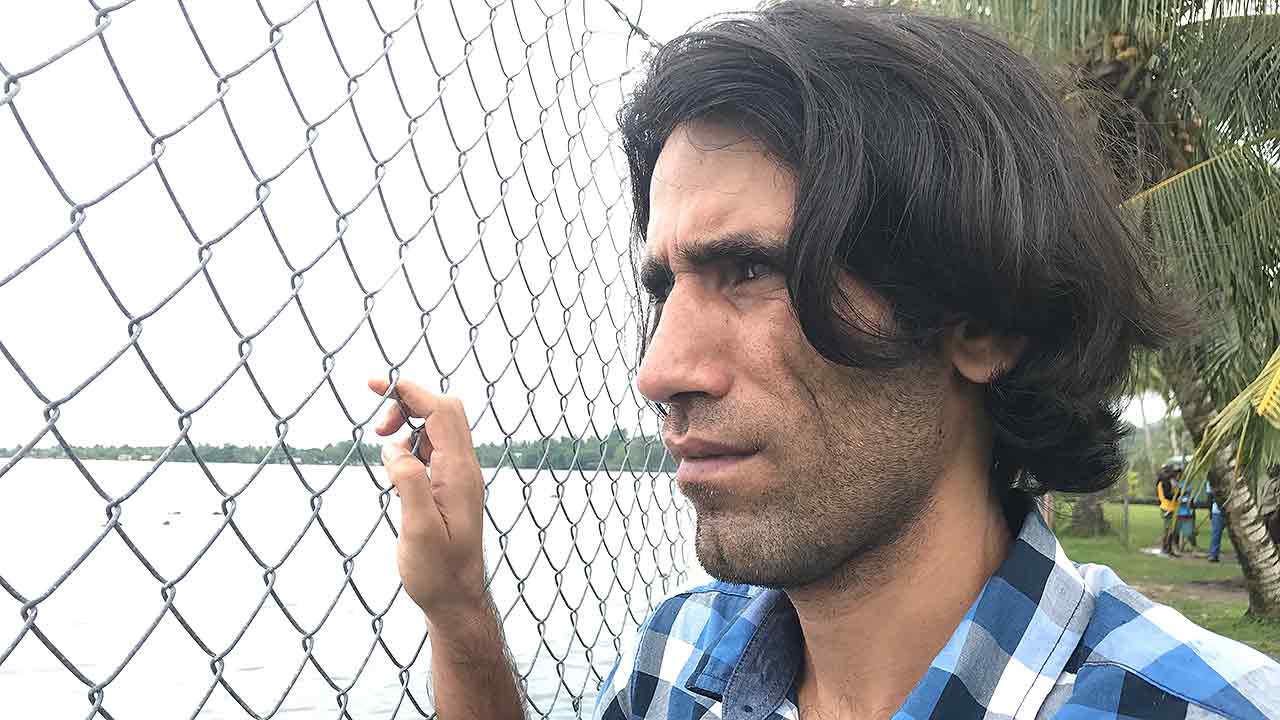 Behrouz Boochani has not been interviewed for the US resettlement deal. Mr Boochani’s secretly record film 'Chauka: Please Tell Us The Time' a
Stefan Armbruster

However, despite the film's critical acclaim and his book's literary award, he acknowledges any changes in peoples' mindsets will be 'a long process'.

"I made the movie, that had a big reaction internationally and from Australia but nothing changed, so that’s why I wrote this book hoping to make change, but I’m not hopeful that’ I’ll make change in just a few months, so people should read it and only then we can see some change in society and I am sure at that time we won’t be here on Manus Island."

Behrouz Boochani admits that receiving the Victorian Premier's Literary Award, has helped to turn the spotlight on the situation of refugees on Manus Island and Nauru.

I believe that by acknowledging ‘No Friend But the Mountains’ as the winner of the Victorian Premier’s Literary Award this year, the literature community has also empowered Australian civil society against unjust political structures.#auspol

But he asks Australian to read his book in order to understand the government's policy towards maritime arrivals and asylum seekers.

"I've received many messages from people saying ‘we cannot finish this book, it’s really hard to read it’.  But we are here for six years, you know, so I tell people ‘you should read it – you should endure’.  It’s very important."

"I believe each Australian citizen should read this book. We have been here for six years. I damaged my body to write this book, I could have written a simple book years ago but I wanted to write a book that will be forever, to make change and for people to understand how the system is working.

My request for people just to read this book, I wrote this book for you and for people in Australia and around the world."

Although a milestone was reached recently when the last four children on Nauru were resettled in the United States with their families, the fate of hundreds of refugees remains unknown.

The controversial deal between Australia and the United States has been a very slow moving process.

Glad to hear Hakeem al-Araibi has been released from jail. This freedom is actually a result of people in Australia who raised their voices about this injustice. I wish public opinion would challenge the gov just as strongly on the human crisis in Manus and Nauru.#SaveHakeem

"The deal with America became like a tool to keep us here and just to waste time, and we don't know what happened with this deal; the media talk about it and the government talks about this, but nothing changes here and we are still living under these harsh conditions."

In the meantime Behrouz Boochani will continue writing, he tells SBS Kurdish, and he has a couple of other book projects on the way.

“My request is for people just to read this book; I wrote this book for you.”

You can listen to Behrouz Boochani's interview in Kurdish about winning the prestigious literary award below: 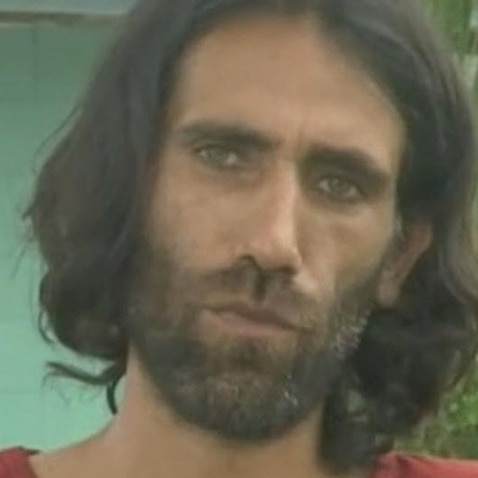