Italy-based NRI Gurwinder Singh alarmed his brother when he spotted some movement in the live feed from CCTV cameras installed at his unoccupied house in Mohali.

An Italy-based Non-Resident Indian (NRI) was shocked when he spotted movement on the live stream from the security cameras installed in his unoccupied home in Mohali in the northern Indian state of Punjab.

Gurwinder Singh was routinely checking the otherwise motionless security footage of his Punjab home on his smartphone over the weekend, when he noticed something was moving.

Alarmed, Mr Singh immediately informed his brother Gurpal Singh who lives in the vicinity and asked him to visit the unused place of residence.

Without wasting time, Gurpal reached his brother’s house, gathered a few neighbours and barged into the property.

And surely found two assailants inside the house!

Shortly after, the police reached the spot and arrested the burglars identified as Satinder Singh and Harsh Kumar, both wanted for thefts committed in the past in the nearby Ropar district, reported Times of India. According to the latest figures released by the Mohali police, at least two incidents of burglary, theft or snatching were reported from the area every day, renewing safety warnings particularly for people who stay abroad or are planning to travel for a long time.

Mohali SSP Kuldeep Singh Chahal recently said that the district has witnessed an unprecedented spike in burglaries in 2018 as compared to 2017.

“We have requested people to give prior information at police stations if they are going abroad or travelling. Another reason is that more cases are now being reported at police stations,” Mr Chahal said while addressing the media.

Here are some ways to secure your vacant home while you live away:

Indoor/Outdoor security cameras and home alarms are one of the top ways to deter burglars from targeting your home. Several different systems are available in the market, from basic to advanced. Take the maximum protection you can afford.

Light up your home

This trick usually works as a great short term deterrent as burglars are known to avoid a well-lit home. For long term security measure, it is better to install motion activated lights to scare away miscreants.

Having stronger doors and door locks

Do not be frugal with your doors or locks. Installing heavy doors and hi-tech locks can be a first-line deterrent for those trying to break into your house.

Strictly avoid announcing the dates of your upcoming trip to everyone around. Also, avoid posting details of your whereabouts on social media sites. By posting updates about your change of locations, you are actually inviting the attention of burglars to your home.

Only inform your extended family or friends whom you trust, living in the vicinity, about your getaway so that they can keep an eye on your house while you’re away. Also advise them to regularly clear the mailbox, because a stockpile of mail is a clear sign of the owners being away.

Buying a home insurance plan can go a long way in cutting your losses in case your house actually gets robbed. But why give them that chance?

Do as much as you can to make your home a tough target for thieves to target, because as they say- 'the best defence is a good offence'. Australia based NRI woman robbed of cash and gold in India 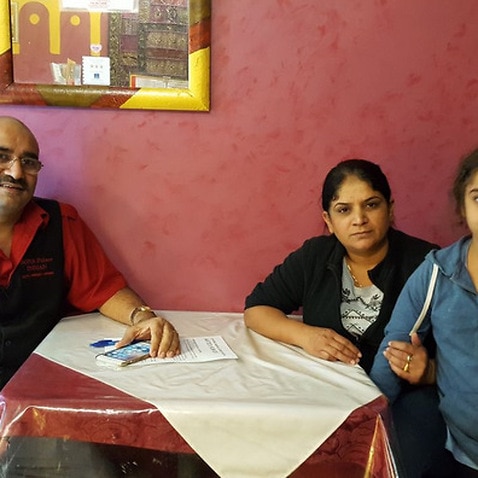