Ahead of India’s 75th Independence Day, the Australia India Institute will organise an online panel discussion on how Australia and India can build on their relationship through sports.

Australia and India competed against each other in various sports at the Tokyo Olympics. But the strongest glue between both countries happens to be cricket. Both countries also recently vied for the top spot in world cricket rankings.

But an online event seeks to explore if the relationship between the two countries can transcend cricket. To study this, a panel discussion on ‘Sports Diplomacy: Pitching for a Stronger Australia-India,’ will be organised online on 13 August by the Australia India Institute, hosted by Multicultural Women in Sport.

The moderator of the upcoming event, Molina Asthana, is also the founder of Multicultural Women in Sport, which aims to empower migrant women from multicultural backgrounds through sport. She has also been a multicultural ambassador of Cricket Australia and Commonwealth Games. 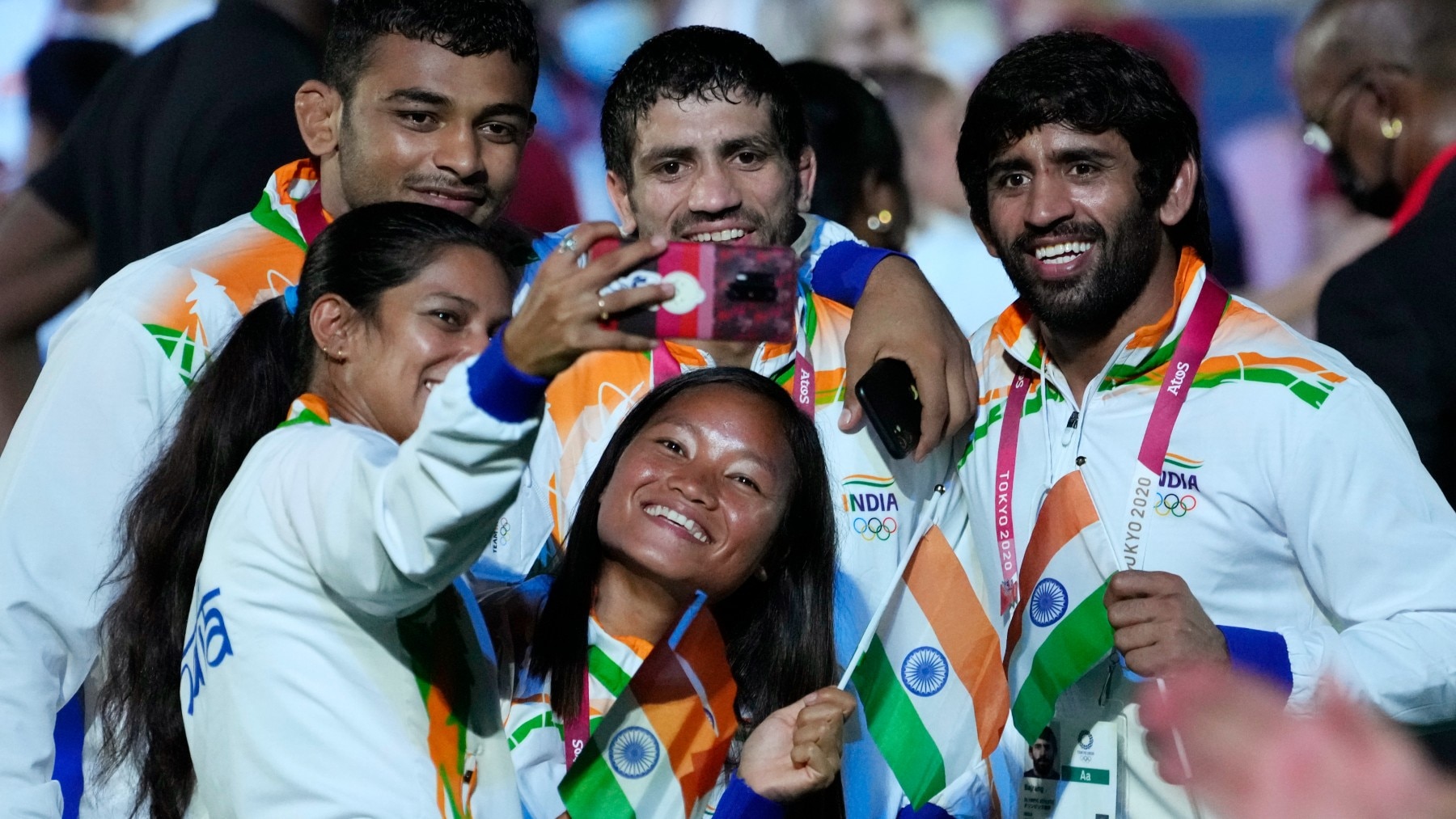 Athletes from India take a selfie during the closing ceremony in the Olympic Stadium at the 2020 Summer Olympics, Sunday, Aug. 8, 2021, in Tokyo, Japan.
AAP Image/AP Photo/David Goldman

Cricket: the glue between Australia and India

Former Australian cricket umpire Simon Taufel has observed the cricketing culture of Australia and India very closely and is a known face amongst cricket fans of both countries.

Talking about building on the Australia–India relationship through cricket, Mr Taufel told SBS Gujarati that both countries have tremendous passion and enthusiasm for the game and participate in any way they can.

“The population of both countries is incredibly different. But, when we look at similarities between engagement, participation and what the sport can give you in return, such as enjoyment, friendship, a sense of learning, achievement, success, disappointments – all values are common in people of both countries,” he said.

But there is a significant difference between the performance of both countries in other sports. For example, at the Tokyo Olympics, India managed to win only seven medals compared with Australia’s 46. Mr Taufel has also worked with the Board of Control for Cricket in India’s (BCCI) Umpire Training Program until 2016. There he observed that quantity is not a challenge for the Indian Subcontinent as they have people, resources and enthusiasm aplenty.

But he believes, the structure of the right resources that provide an environment to nurture talent is an area that constantly needs to be explored.

Harini Rana says that sport is a hobby in India, whereas it is a part of people’s lives in Australia.

“Australian parents encourage their children to adopt sport as a career at a young age. This culture is catching on in India, and I believe the Olympic gold medal in javelin throw will encourage parents to allow their kids to make a career in sports,” she says.

Ms Rana believes that to build their partnership, Australia and India can collaborate in a way that strengthens their relations through sports as Australia uses a high level of technology, data, science and provides the best medical facilities. Harini is a sports journalist and management professional in India.
Supplied by Harini Rana

"Australia has been a preferred destination for Indian athletes for their rehabilitation programmes. Apart from cricket, I believe both countries can target these sectors, which would help athletes," she said.

Ms Rana has been picked by ICC for the upcoming 100% Cricket Future Leaders Programme. She is one of 40 women from 29 countries selected to attend this mentorship programme.

Making a career in sports does not only mean participating in a competition. Sport is a big ecosystem, and there are many fields associated with it, like journalism, event management and rehabilitation for athletes

“Sports diplomacy means using a nation’s sporting excellence in ways that enhance its influence and reputation and advance the country’s national interests,” she said.

“This can be done through international representation in sport or using sport to build linkages with other jurisdictions, maximise trade, tourism and investment opportunities, or strengthen communities,” she said. Players of India celebrate after defeating Australia 1-0 as Australia's Renee Taylor squats at the end of their women's quarter-final match of the Tokyo 2020.
CHARLY TRIBALLEAU/AFP via Getty Images

“My passion lies in seeing more women engaged in sport," she said.

With gender inclusion a priority between the two countries, I would be keen to see how sports diplomacy between Australia and India can create leadership opportunities for women in or through sport

“Having worked on sport in both countries, I understand that India’s sporting ecosystem has exploded. India’s interest in sports has moved much beyond cricket, hockey and soccer to non-traditional areas like esports and fantasy sport, fitness and sports technology.

Here’s how to follow SBS Gujarati on our other digital and social media platforms.