During COVID-19, our ability to physically connect with extended family further hampered amid travel restrictions. Experts suggest that video-gaming could be the answer to keep intergenerational connections alive despite the physical distance.

COVID-19 may have had an undesirable effect on how we connect with extended families, but some elderly residents at several Feros Care’s New South Wales residential villages have managed to transcend physical boundaries by gaming with their grandchildren in a virtual setting.

The organisation’s positive living coordinator Alex McCord says this idea was born out of a desire to connect.

She believes that the difference between communicating or video chatting on Skype or Zoom versus gaming is that it takes away the pressure of needing to find topics of conversation.

There is an activity that engages both the grandparent and the grandchild in a task.

The project conducted prior to COVID-19 was McCord’s postgraduate research project in psychology and behavioural science with the University of New England.

Through neuropsychological testing of 24 participants aged over 80, her research supported the findings of other studies showing that video-gaming improved the cognitive function of older people.

She found significant results for working memory, task switching and visual attention. However, in the particular case of working memory, McCord recognised that if the participants stopped playing video games then the gains that they had made started to regress a little.

In order for it to be beneficial it needed to be ongoing. 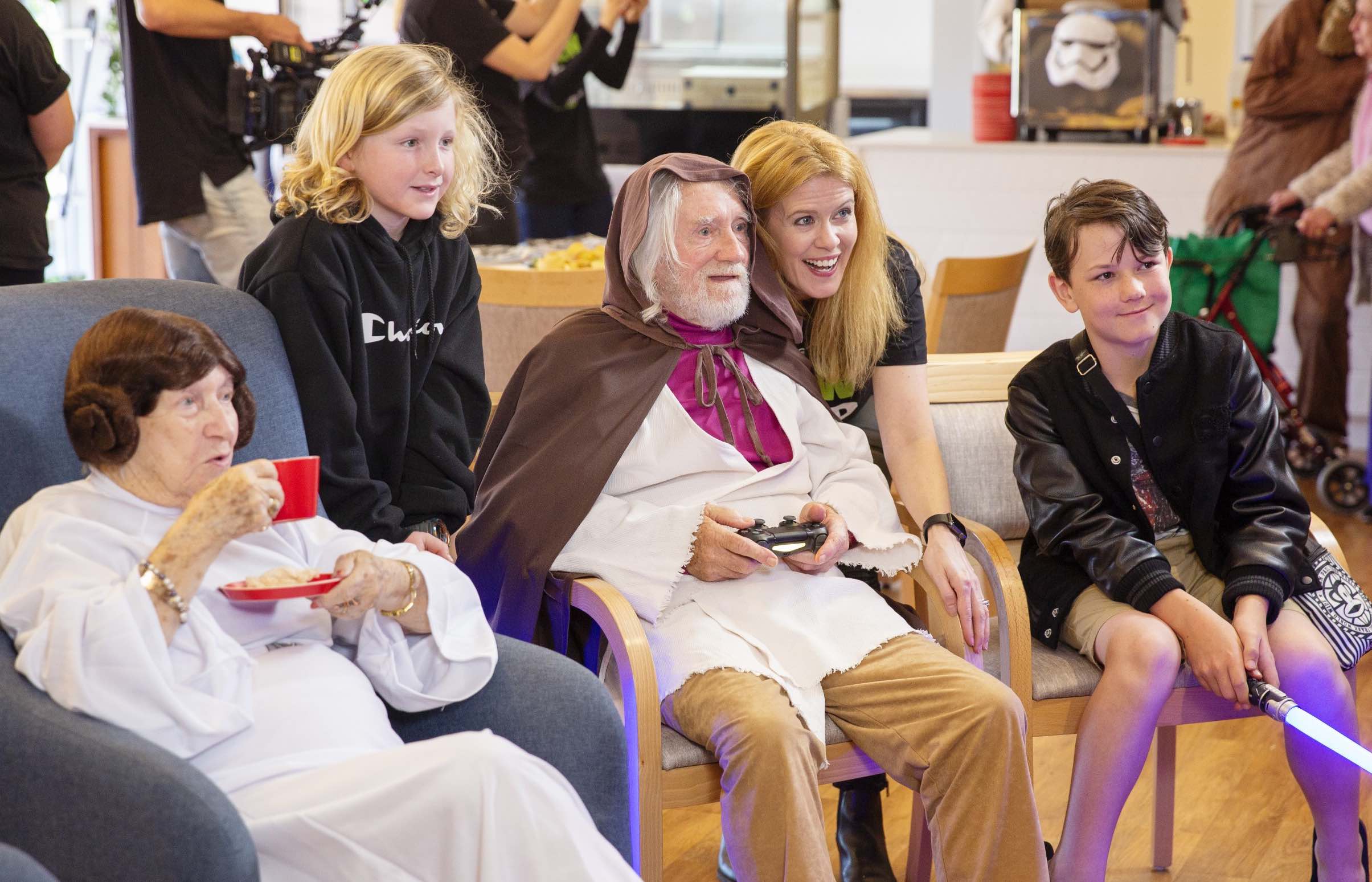 The gamechanger was when she decided to bring in the grandchildren who lived close by over the school holidays to keep the momentum going.

The adolescents felt more comfortable engaging with their grandparents and the grandparents knew that this was something that meant a lot to the kids.

Not being able to play together in the same physical space has created a need for the ability to play online.

Professor Brand’s “Digital Australia 2020” study found that 42% of those aged 65 and over play video games and that one-tenth of Australia’s video gamers are in retirement age.

Whilst older gamers tend to enjoy playing strategy games and traditional card or board games online, professor Brand notes that there was a re-rise of Minecraft, a 3D virtual reality world building game with blocks during COVID-19. 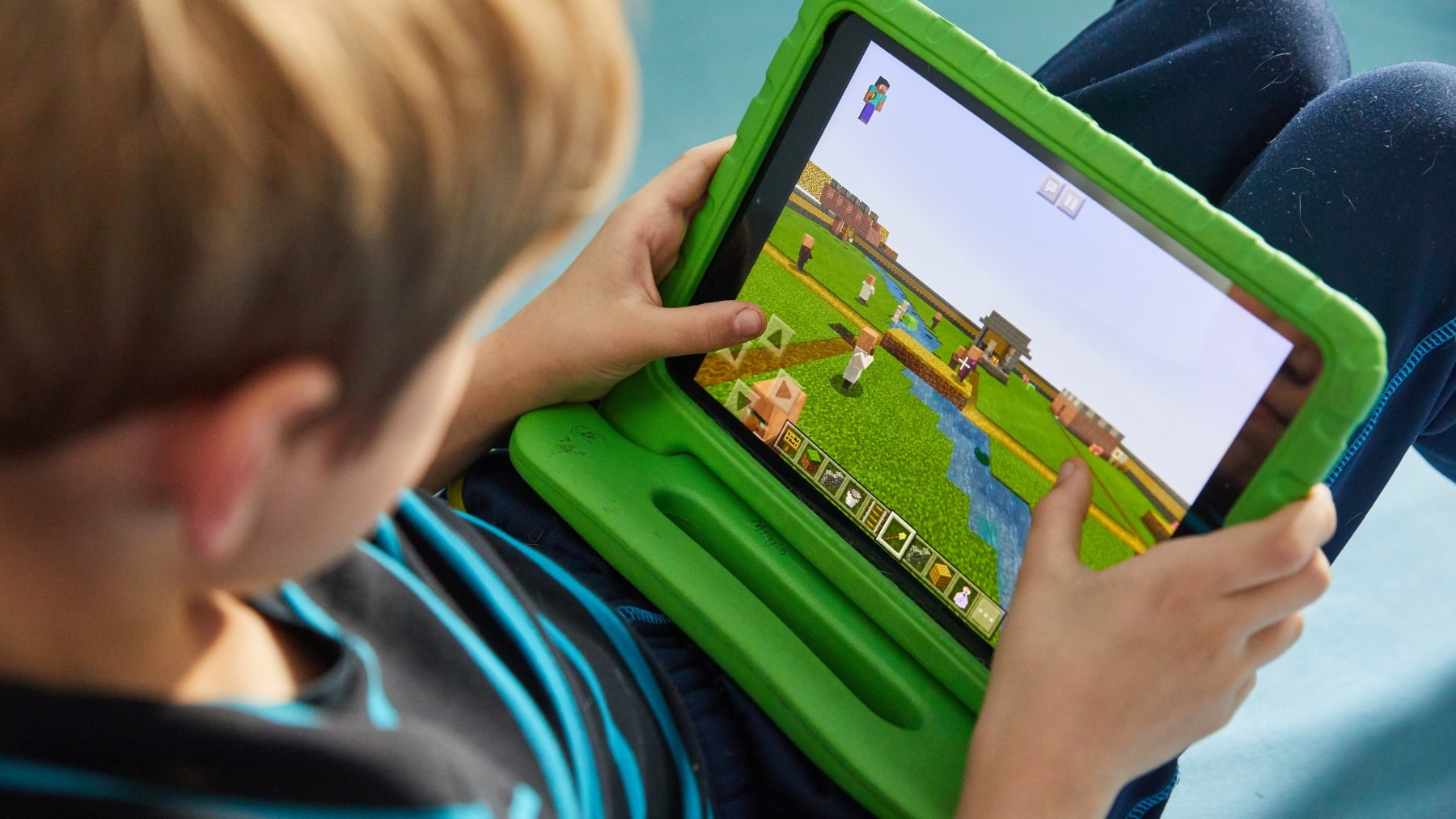 Relationships Australia New South Wales’ CEO Elisabeth Shaw says while engaging with your grandchildren can be more restrictive during COVID-19, going online can open up new possibilities in connecting with your extended family.

Sometimes it is about entering the world of the children.

Meanwhile, Shaw also believes that sometimes it is also about getting the grandchildren to come out their world and join the grandparents’ world.

Both Professor Brand and McCord acknowledge that learning to play computer games is like learning a new language, but they also often transcend cultural and language barriers for transnational families.

McCord says this is possible as video games primarily use music and graphics as a means of communication.

Theoretically, there isn’t a need to use English or any language in order to play the game.

Professor Brand thinks games where players can replicate aspects of the real world can serve as an educational tool for grandparents to leave a cultural legacy.

He draws on an American study that found retired adults over the age of 65 struggled to learn Minecraft but if they kept going particularly by playing with their grandchildren, they can build bonds and transfer stories through that process.

A lot of meaning-making and connection was demonstrated while working with their grandchildren and children. With more countries developing games that represent their own language and culture, Professor Brand says players now have a more diverse selection to choose from.

In her experience of engaging new gamers aged from their mid-seventies to nineties, McCord sees the recipe for success as having people who are experts at playing video games provide the initial orientation and training for older players.

This is because grandchildren do not always have the patience to teach their less tech-savvy grandparents.

McCord cannot emphasis enough the importance of one-on-one support and encouragement for older players who are just starting out.

Call the Be Connected helpline on 1300 795 897 or visit beconnected.esafety.gov.au for free information on how to use the internet.