New Australians tell SBS Italian that learning an Aboriginal language provides a powerful and meaningful way for them to connect with Australia's history, culture and people.

One of the greatest challenges of moving to a new country is learning the local language. In Australia's case English is the lingua franca, and migrants know too well that mastering it is key to feeling more at home.

However, not all new Australians are aware that Australia is also home to plenty of Indigenous languages with a longer history and connection to the land than English. They are the hundreds of languages originally spoken by Aboriginal peoples.

The legacy of colonisation, however, has mean that those hundreds of languages have been reduced to only 20 being regularly spoken by children, says Ghil'ad Zuckermann, Professor of Endangered Languages at the University of Adelaide. He explains that the percentage of children speaking a language helps to determine whether a language is endangered or not.

Aboriginal languages such as Pitjantjatjara are in very good health, says Zuckermann, but many more are at risk, or even, as he likes to say, 'sleeping beauties' waiting to be awoken. 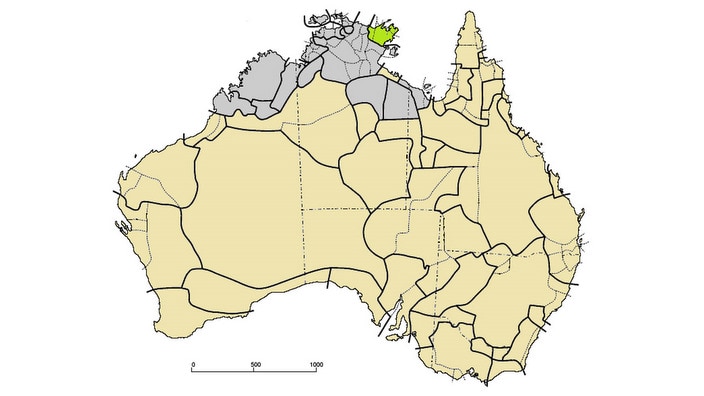 Andrea Rizzi was born in Italy, where he was raised by his Italian father and Anglo-Australian mother, and now he's studying an Indigenous language in Australia.

"Ever since I was a kid I have tried to learn more about Aboriginal Australia, and I remember I did a little research on it when I was studying in middle school in Milan," he tells SBS Italian. "I contacted the Australian Consulate but they got back to me saying they didn't have much information on the subject and they gave me a little flyer about the Northern Territory, which contained a small paragraph about Aboriginal culture. That gave me the idea that I could surely learn more about it."

Rizzi's curiosity stayed with him, and in 2015, having since moved to Australia on a permanent basis, he decided to enrol in an online course offered by Charles Darwin University to learn a Yolngu language, Gupapuyngu.

The experience has proven to be challenging and rewarding for Rizzi.

"I was studying in Melbourne, and there was a group of teachers in Darwin ... one of the professors who taught culture was based in a tiny village in Arnhem Land, in this place which couldn't be further away from where I was."

Rizzi recalls the almost magical experience of connecting from his own room in Melbourne to Arnhem Land via Skype.

"In the end, it felt like I was in a foreign country and this Aboriginal teacher was in the real Australia," he remembers, adding that taking part in the online lectures was like an "experience of total separation of two completely different realities that finally united."

The Charles Darwin University course lasts two years and Andrea Rizzi has so far only completed the first semester, but he is very keen to resume as soon as he can. Alberto Furlan in Melbourne, where he now resides
Magica Fossati

Alberto Furlan's experience of migration is a bit unusual. He first came to Australia from Treviso in Northern Italy as part of an anthropology PhD, and spent about 18 months in Wadeye, about 400km from Darwin.

Learning the local language, Murrinh-patha, was important to Furlan in order to conduct his research on local music.

In the 2016 Census, almost three per cent of the Australian population declared an Aboriginal or Torres Strait Islander background, while in Wadeye this percentage was 90.8 per cent. Murrinh-patha is the main language there, with 74.1 percent of locals speaking it. Another 11.4 per cent of Wadeye inhabitants indicated they speak mainly another Aboriginal language, while English is the first language for only 8.9 per cent of people.

"Contrary to many other Aboriginal languages, Murrinh-patha is widely spoken," Furlan points out, noting that English is the third or even fourth language spoken by many in Wadeye.

Learning Murrinh-patha is not easy, but Furlan says he now understands "more or less what is happening in most contexts.”

When he moved to Wadeye in the early 2000s, Furlan could count on a Murrinh-patha-English translation dictionary published in the 1980s and few other resources.

"Nothing prepares you like going there and living with the locals,” Furlan says, saying he was lucky to be taken under the wing of some local elders, who helped him understand the language and culture.

"I was there to work with them. I spent 18 months there – 12 consecutively – therefore they understood I was there to stay and learn.”

Andrea Rizzi has not spent time in Arnhem Land yet, but says during his online lessons he has felt an overwhelming sense of being welcomed into the language.

"The first thing I learnt was the importance of belonging," he says. "As a student I was assigned by an elder to a specific Yolngu community. Therefore the first impression was, 'you're one of us', which has been an incredible experience."

As an Italian studies lecturer at the University of Melbourne, Rizzi finds this a uniquely welcoming approach.

"We don't say to our students of Italian, 'buongiorno, sei diventata italiana!' [G'day, you are now Italian!]."

Learning an Aboriginal language is not easy, but it is immensely rewarding, says Rizzi, and provides a different sense of belonging to Australia.

"There are many complicated aspects, but trying to learn an Aboriginal language allows me to feel Australian in a different way – trying to understand, listen to, read a culture that I have always been fascinated by but which I have never seen up close."

But how can new Australians choose which Aboriginal language to learn?

According to the University of Adelaide linguist and lecturer Ghil'ad Zuckermann, a good idea could be learning the language of the area where one resides. 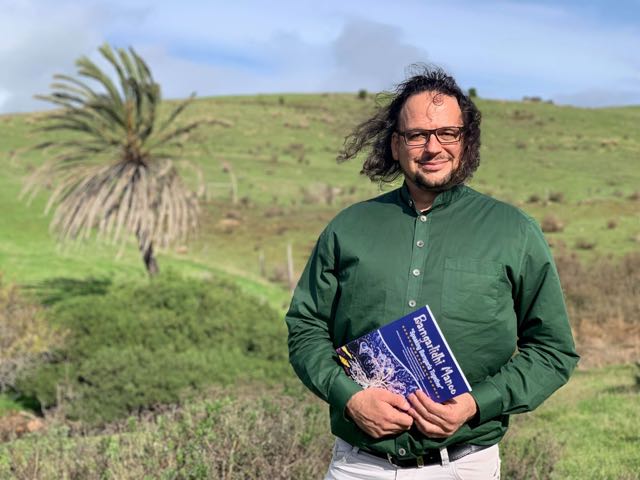 Nowadays there are publications, apps and courses to learn Aboriginal languages.

According to the University Languages Portal Australia there are several Australian universities offering courses in seven major Aboriginal languages. Four of those, Arrernte, Bininj Kunwok, Pitjantjatjara and Yolŋu Matha, are still in use by large numbers of speakers. The other three are Gamilaraay, Kaurna and Wiradjuri, languages that are spoken less, but in the process of being awakened once more.