Shedding light on a lesser-known road rule, the Victoria Police has warned drivers can incur a $484 fine and lose four demerit points if they use a mobile phone to pay at a drive-through window.

A recent Facebook poll by Victoria Police about the lesser-known traffic laws has sent shock waves among motorists across the state.

Last week, the police asked social media users, if they could use their phones to pay for a fast-food outlet’s drive-through service.

It turns out that motorists using mobile phones at a drive-through to make a payment or even showing discount coupons to avail offers are technically violating a law.

In its much-awaited answer to the poll, the police revealed that using a phone app to pay for the services at the drive-through could incur drivers a whopping $484 fine and four demerit points.

The police also revealed the right method to make phone payments for any drive-through services.

“In doing so, you are not considered driving,” Victoria Police wrote. The logic is simple, says Kuldeep Singh, a lawyer with expertise in traffic law.

“The parking lots and drive-throughs are considered public places and are therefore subject to enforcement of the Road Safety Road Rules 2017, which prohibit the use of electronic devices while driving.

“The laws around phones are not limited to using them for making calls and texts-people need to understand that it is illegal to operate a phone in any way that distracts the driver while driving, “ said Mr Singh

Aman, a Melbourne-based international student, who works as a ride-share driver to pay his tuition fee, told SBS Punjabi that he ends up buying at least one takeaway meal every day.

The 24-year-old admitted that he was “clueless” about such a road rule.

“McDonald’s drive-through near Swinburne University is like my second home. I honestly had no idea until today that it was illegal to make mobile payments at drive-throughs,” said Aman. 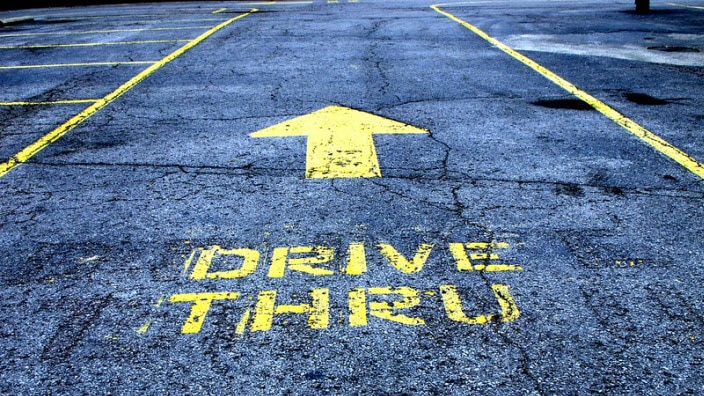 Motorists using mobile phones at a drive-through to make a payment or showing discount coupons to avail offers are technically violating a law says Police.
Flickr 2.0 Generic (CC By 2.0)

In New South Wales, the fine for using a mobile phone while sitting in a running car is $337 and five demerit points.

The only instance where it is permissible to use a phone while the vehicle is moving or is stationary, but not parked is that when the phone is secured in a mounting affixed to the vehicle.

The rules clearly state that drivers must park their cars out of the line of traffic when they need to use their phone. This also means that motorists cannot use their phones when waiting at traffic lights or stuck in traffic.

However, those on Learners, P1 and P2 licences are not permitted to use a mobile phone at all while driving.

This means if drivers on learner’s or Ps are caught breaking the law, they risk licence suspension for three months as their points threshold is capped at four for the first three-year period. In the Australian Capital Territory, drivers can incur a $447 fine and lose four demerit points, in Queensland, motorists can be fined $391 along with a loss of three demerit points for this offence.

Drivers in Western Australia will also lose three points, along with a $400 fine.

And those in Tasmania, South Australia and Northern Territory will all lose three demerit points with a fine of$300, $308 and $250 respectively. 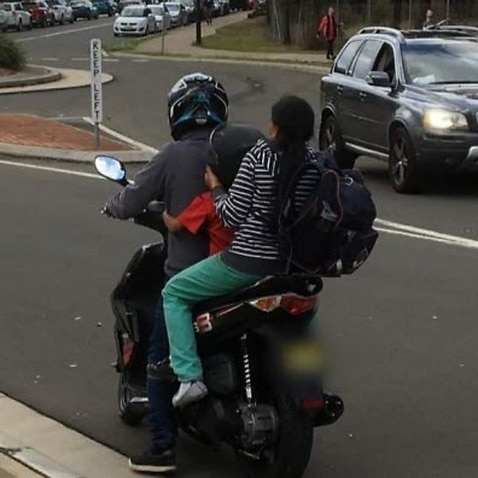 ‘Unaware of rules’, Indian couple caught riding with a child in Sydney 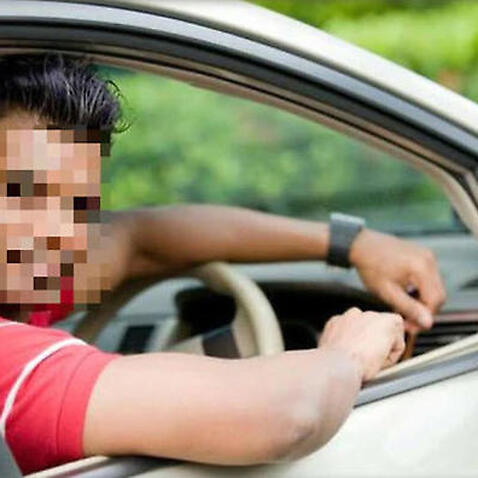