While sitting for Australian citizenship test might be an easy task for some migrants and refugees, it can be as hard as jumping through hoops for those who can’t read and write.

For many migrants and refugees from Afghanistan, sitting the Australian citizenship test can be a difficult task as many can’t read and write in their native languages.

They also have little to none English skills.

One organisation in Geelong is helping refugees and migrants prepare for the test by setting up citizenship test preparation classes.

The classes at Diversitat are part of the organization’s community development program and are held in different language groups. Dari/Persian speakers from Afghanistan and Iran are one of the language groups. 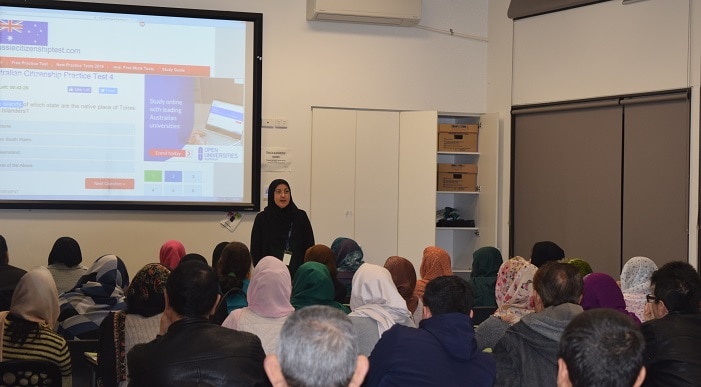 About 70 migrants and refugees from Afghanistan and Iran participate in the class.
SBS Dari

Shiva Shamsi who teaches these citizenship applicants says because most of the participants can’t read and write in their own languages, she tries to explain everything in “a very easy way”.

“You can imagine how hard it is for these people when they want to read the [citizenship] book in English and also sit for the test in English,” she says.

“I try to teach the contents in English and Persian in a way that when they see some [key] words in those citizenship questions, they can guess what, for example, this question asks them, and how to work out the answer.”

According to Miss Shamsi, for this category of applicants, the test is harder than getting refugee status and “it looks like it creates very much anxiety within them”. Shiva Shamsi teaches these migrants and refugees how to prepare for their citizenship test.
SBS Dari

“I wish the government hadn’t decided to put this rugged road in refugees’ path, because it is a difficult path to pass”.

Shila Rahmani, who fled war in her home country Afghanistan to seek asylum in Iran when she was young, is one of the 70 participants of the class.

She came to Australia under the UNHCR refugee resettlement program seven years ago after living in Iran for 21 years.

Miss Rahamni told SBS Dari she has lived almost all of her life as a refugee and is now trying to finally have an identity by becoming an Australian citizen, and the citizenship preparation class helps her achieve that. “We have been migrants for a lifetime in Iran and now we are here. Currently, we have no proper identity. Are we Afghans or Australian?”

Hussain Ali Najafi left his home at Khas Urozgan district of Urozgan province and came to Australia in 2011.

Although Mr Najafi hasn’t heard back from the Home Affairs department since he lodged his citizenship application five years ago, he comes passionately to the class to get himself prepared for the test.

“Not only this class helps us pass the citizenship test, we learn a great many things about Australian laws and history”.

Najafi got his permanent protection visa in about a month after arriving in Australia on a boat in 2011, but hasn’t been reunited with his family yet. 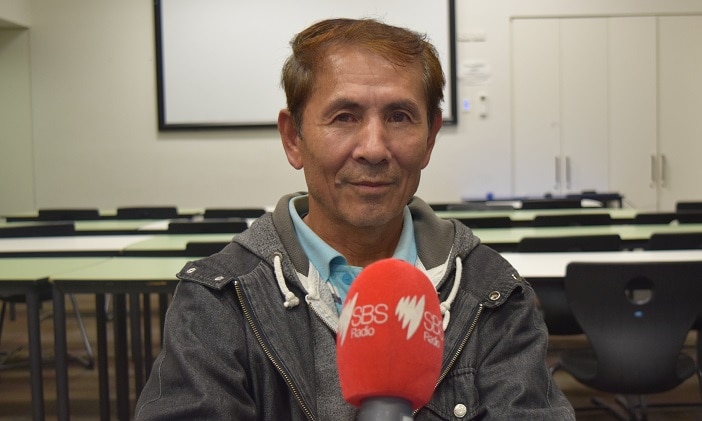 People who have come to Australia by boat fall under Ministerial Direction 80 ‘Order for considering and disposing of Family visa applications under s47 and 51 of the Migration act 1958’.

The Direction places family reunions applications belong to refugees who have come to Australia by boat among the ‘lowest processing priority’.

Their family reunions applications will be prioritized once they become citizens. 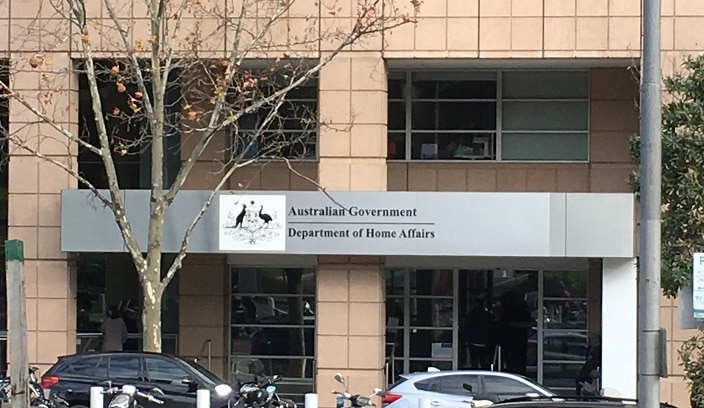 The entry of Home Affairs' office in Melbourne
SBS Dari

Mr Najafi applied for Australian citizenship in 2014 and since then, hasn’t heard back from the Department of Home Affairs.

Australian government puts the citizenship applications of people arrived by boat under the ‘complex cases’ category.

Thousands of Afghan refugees have fallen under this category.

Some of the applicants in this category believe the government is ‘punishing’ them for arriving in Australia by boat. 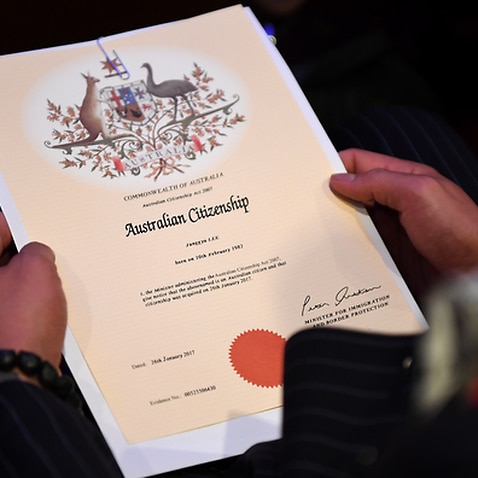 Mr Najafi said he is doing it tough because he has to cover the cost of his own living here and send money to his family in Pakistan, and every time he travels overseas to visit his family, he loses all of his savings.

“The hard part is that they don’t accept our family. Even if they didn’t want to give us citizenship, if they accept the family, we were comfortable to some extent,” he says.

“We don’t have anywhere in Afghanistan. We sought asylum here so we can live our life”.

The Home Affairs department said it has finalized almost 2,000 citizenship applications of Afghan nationals in the 2018-19 financial year. 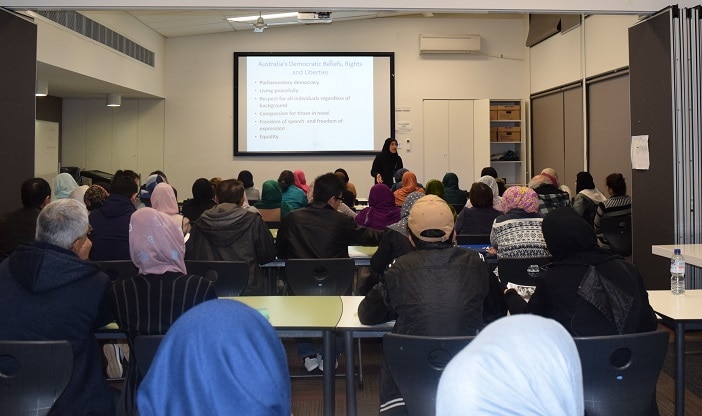 Most of the participants of the class were uneducated women.
SBS Dari

The department said it has made a range of reforms in its citizenship processing system which saw “80 per cent increase in the number of people approved for Australian citizenship by conferral in 2018/19 when compared to 2017/18.”

“This includes a substantial increase in the number of Afghan nationals approved for Australian citizenship,” a spokesperson for the department told SBS Dari.

According to figures the department released earlier this month, there are currently about 222,000 citizenship applications in the queue.