Many people choose Australia day to become an Australian citizen, with ceremonies held around the country, but what are the steps involved before reaching that stage?

The final key step is the citizenship ceremony where people pledge their loyalty, and accept the rights and responsibilities as an Australian. 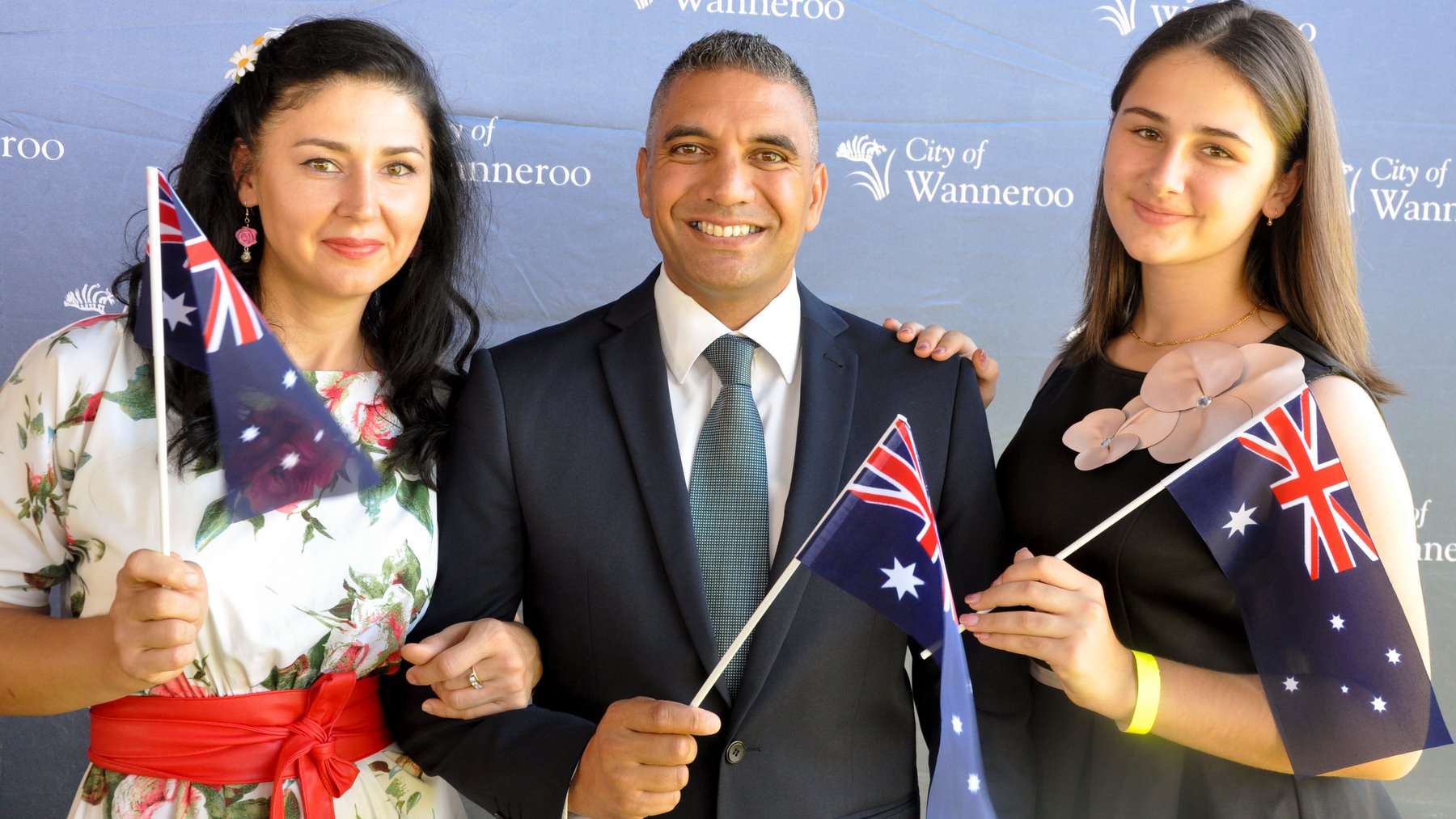 Zaira Alieva, Michael Edwards and Amina Khugaeva pose for a photograph during the City of Wanneroo citizenship ceremony, in Perth.
AAP

She explains that the prerequisite to Australian citizenship is ensuring that you are eligible to apply.

“The requirement for migrants is that they become permanent resident first,” says Fowdar.

“Even if you are in Australia on a few different visas, like a student visa or a work visa, it is not considered as a permanent residency visa.

“So you have to be a permanent resident first to become citizen.

Apply for Permanent Residency and find out more here. 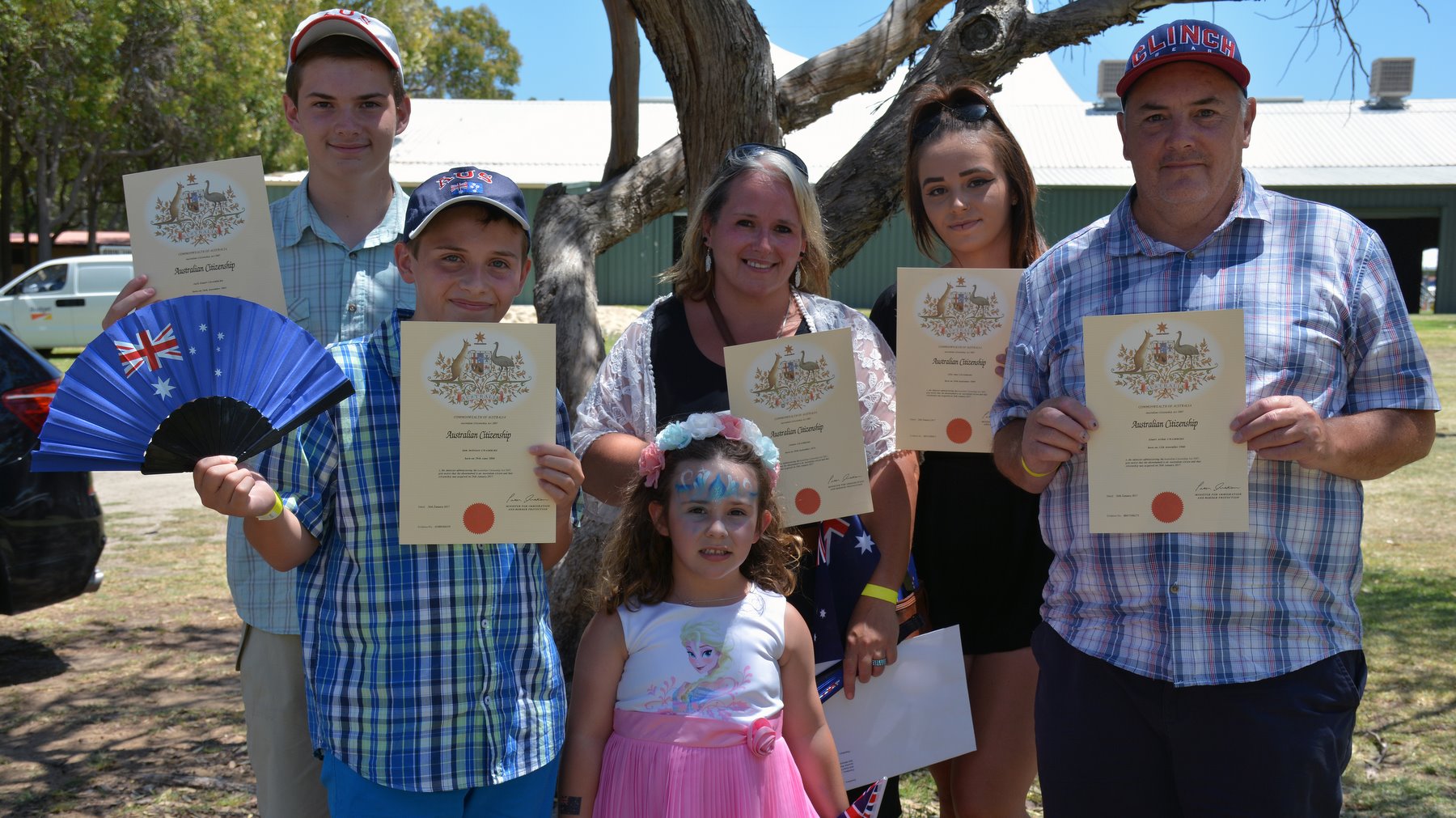 The Chambers family, who arrived in Perth from Wales ten years ago, after becoming citizens during an Australia Day citizenship ceremony in Perth.
AAP

According to Damien Kilner from the Department’s Family and Citizenship Programme, for most applicants, the average processing time for citizenship is 14 months.

Applicants must also pass the Australian citizenship test to show their knowledge of Australia and understanding of the privileges and responsibilities as a citizen.

“It’s really looking at: have you got a basic level of English?” says Damien Kilner.

“Being able to sit in front of a computer system and undertake the test, which is a relatively straight-forward process, takes around half an hour in general.”

The 20-question multiple-choice citizenship test is based on the online booklet ‘Australian Citizenship – Our Common Bond’ which is an overview of Australia, its democratic beliefs, rights, government and law.

“People are expected to have a look at those resource materials in preparation and then they are able to sit the test once they feel confident to be able to answer that,”

If you fail the test you can retake the test on the same day if possible or re-book the test for another time, especially if you need more time to prepare. In this case you will not charge for taking the test again.

Find out more information about the Citizenship test here. There are two versions of the Pledge, one that mentions God, and one without.

“Taking a pledge is a part of being a commitment as the final step in officially becoming an Australian citizen,” says Damien Kilner of the Department of Home Affairs.

“So for the vast majority of people, they are required to undertake the pledge and they’re able to show their loyalty to Australia and accept the responsibility and privileges of Australian citizenship.

“It also signals a person’s commitment to being active member of our society as well.” About 100,000 people undertake citizenship ceremonies across Australia each year – many choosing Australia day, 26 January, as the time to take this pledge.

Most ceremonies are held by city councils, generally lasting between an hour to two hours.

It normally takes three to six months for applicants to be invited to a ceremony once their application is approved.

“The mayor or lord mayor or a chief executive officer of the council, who’s the presiding officer, is required to read the preamble, which is specified within the Citizenship Act, which provides further information to all the attendees around the citizenship ceremony,” explains Kilner.

“There’s also a ‘welcome to nation’ or ‘welcome to country’, and the minister’s message is read, the anthem is played, and then there is the pledge made by those that are attending.”

Soon-to-be citizens need to bring their personal identifications in order to attend the ceremony.

“What’s expected is that when somebody turns up at the ceremony, the Council or our staff would check the identity of the person attending so that we can be satisfied who they are,” says Kilner.

"So, the vast majority of people will have their driver’s license or their passport with them."