Chilean temporary visa holder Ana is one of the thousands of victims of wage theft in Australia. She sued her Sydney employer for unpaid wages during the pandemic, amounting to more than $2500, and hopes that her case will encourage others to come forward.

International student, Ana*, is one of roughly 1.9 million temporary immigrants living in Australia.

She says in the four years that she has been in the country, she’s been a victim of exploitation and wage theft on two occasions, while holding a temporary study and working holiday visas.

Her case came to light as a result of a study by Unions NSW, which analysed more than 3000 online job advertisements directed at members of the Spanish, Portuguese, Chinese, Nepalese, Korean and Vietnamese-speaking communities.

It revealed that almost nine out of 10 of these job postings offered migrant workers wages below the legal minimum.

“How is it possible that people can take advantage of others during a time like the pandemic? I am disappointed, it is frustrating. I feel angry,” Ana told SBS Spanish.

Ana was hired by an Australian employer through Gumtree to take up a cleaning job between August and September.

The employer initially offered to pay her $20 per hour, but she refused because the type of work she does is specialised.

"I told him, 'I don't work for that rate because I have two years of experience, and that's too low. Also, [you're paying through] my Australian Business Number," Ana said.

As an experienced cleaner, Ana is entitled to be paid $27.40 per hour, under the Cleaner Level II rate for casual employees.

During negotiations, she agreed to be paid $25 for the first 20 hours of work per week, the maximum number of hours that an international student can legally work in Australia, as per visa conditions.

Ana’s employer offered her work as a “casual”, by billing an ABN, but also offered to allow her to work more hours “under the table” for a cash payment.

I felt obliged to accept, because of the difficult situation in which I find myself.

But after four weeks of working more than 20 hours, the employer only paid her wages for the first 20 hours. she didn't receive the rest of her wages.

Ana recalls that the employer argued that these were difficult times due to the pandemic and warned the student to be very careful because what they were doing was illegal.

The same employer, who owes Ana at least $2500 for her work, has been reported to Unions NSW by eight other people. But this is not the only situation of labour abuse that Ana has experienced.

While on a working holiday visa, she worked in hospitality in Darwin, where the salary she was paid was low and the room they assigned her was “deplorable”, infested with bugs.

He had us in very bad shape. The rooms where we slept were full of bugs.

"I thought I could put up with it just to extend my visa for another year."

“It is very common for people who come to work with working holidays to be taken advantage of, ” Ana confesses.

She says many migrants on working holiday visas post ads on social media warning others not to go work for certain places because of the precarious situation.

Despite her decision to speak out about her case, Ana says she feels "anxious" since she feels that her complaint could see her lose her visa.

However, she considers it important to speak up, "so that no more people take advantage of the situation international students are experiencing."

I hope these people get a little scared and pay what they owe. 'Hard days of work': A backpacker's take on farm picking in an Australian 'ghost town'

An exploitation epidemic amid a pandemic

“In the Spanish group, we found that 76 percent of ads offered work below the legal minimums and we noticed a proliferation of ads that offered jobs with ABN, where wages were $20 an hour,” Isabel Salinas, a Unions NSW representative explains.

"If the normal rules are applied in terms of taxes, and additionally the 'award' for cleaning, the levels of 'underpayment' or payments below the normal minimum levels were much higher for the Hispanic community.”

Another problem with these ads offered to immigrant workers uncovered by the study was that they offer flat rates for the work and do not offer penalty rates for night or weekend work, which also contravenes legislation.

Salinas says the lowest illegal wage found in the Hispanic group was $16 an hour, which was double the $8 an hour found in job postings in Vietnamese.

“If we calculate an 'underpayment' of $5 for a person who works for $8 an hour during a period of one year, that can become more than $3000 a year for an international student, which is equivalent to the cost of their English studies.” Eliminating the cap on working hours for temporary migrants

Salinas, who is part of the Visa Assist section at Unions NSW, an office that helps temporary immigrants in situations of workplace abuse and other immigration matters, says the union's report has five key recommendations.

Among them was a call to eliminate the work limit of 20 hours per week for international students.

"In times of crisis, most have to [work longer hours]."

She warns that it is impossible for many international students to be able to cover their expenses with "such low salary rates”, which, in turn, exposes them to "more intense situations of exploitation".

Salinas argues that, due to the crisis, the government should consider making allowable work hours more flexible for international students due to the pandemic, not only for those who work in the health sector. 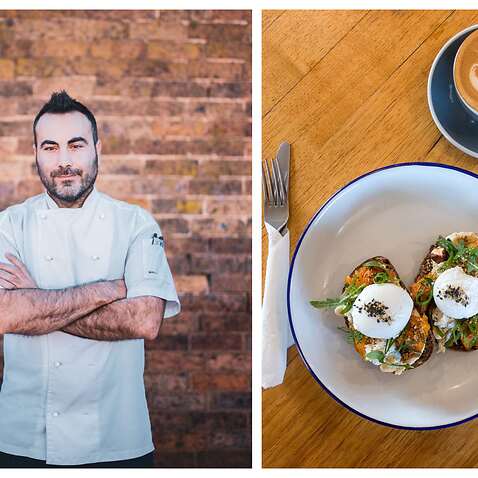 Unions NSW also recommends that a “clear wall of protection” be put in place so that information shared by a temporary immigrant is not shared with Home Affairs or other government agencies, to mitigate their fear of losing their visas for speaking out.

In addition, the union peak body wants the government to enforce the inclusion of wage information consistent with the legal minimum in job advertisements, as well as punish those who exploit workers.

Regarding the ABN requirement, Salinas explains that a specific strategy is needed to prevent employers from hiring personnel who under normal circumstances would be legally classified as "employees" under the guise of an independent worker.

When the worker has “a set schedule, there is clear supervision. You wear a uniform and the employer has control of all the activities you carry out,” Salinas explains.

She adds that many immigrants who participated in the study reported being “threatened with being 'fired' even though they were required to provide an ABN to receive payment."

Salinas explains that the Visa Assist service offers legal assistance to temporary immigrants who have problems at work and fear losing their immigration status.

Her office has a team of immigration lawyers who work "hand in hand" with colleagues who specialise in labor matters to protect the visas of their clients.

“[To receive] the initial advice we give, the person does not need to be a union member. There are legal processes, for example, such as visa applications or changes, and other visa processes, we do for free.”

However, in some more complex legal cases, you do have to become a member, but "adjustments are made in terms of 'fees' (rates) that have to be paid," the trade unionist explained.