Lack of seriousness on the part of the government has made buying houses out of reach for most; reducing number of new immigrants may bring prices down, says new research.

A leading think tank’s research has blamed Australia’s housing-affordability crisis squarely on the government, saying their poor planning has led to the difficulties that many people face today while buying a house.

The Grattan Institute Research Centre says that the problem has been exacerbated by the approach taken by the country’s political leadership. The research has recommended that lowering the level of immigration can also be taken as a possible last resort.

The Melbourne-based think tank’s report highlights the fact that despite politicians proclaiming they are dealing with Australia's chronic housing-affordability problem, they have actually had little impact on it, adding that their impact has only been negative.

The report accuses both state and federal governments of concentrating on quick-fix, short-term solutions, rather than committing to a long-term overhaul of planning for housing. And it says what it calls "neglectful" governments "pretending there are easy answers" has led to the housing mess Australia now faces. Grattan Institute’s Chief Executive John Daley has told the ABC that leaders need to rethink the regulations. "Those rules are, ultimately, set by state governments and then, of course, largely administered by councils. What our work shows is that state governments have not done what they should, in terms of using those planning regulations to allow people to increase the density of our cities."  Mr Daley says better planning could mean more development around major transport routes and an increase in the number of homes in the inner and middle-ring suburbs of big cities.

Housing Industry Association Principal Economist Tim Reardon says regulatory flexibility, such as allowing for an increase in demand for apartments, is vital. "The main issue is in association with freeing up available land and allowing planning regimes that encourage development, rather than restricting the supply of housing. Planning regimes allowing that increase in density of housing in metropolitan areas has meant that the industry has been able to respond by increasing the supply of new houses."

However, University of Sydney Economics Associate Professor Stephen Whelan says it would be unfair to place all the blame on political parties. He says politicians want to tackle the issue but often lack the time to deal with its complexity. "If you think about governments, often… they've got one eye to the next election and it's easy to provide some short-term solutions in the form of subsidies for buyers, rather than developing those long-term solutions in terms of increasing the housing stock, developing the infrastructure around it and, ultimately, providing more affordable housing."

The Grattan report recommends the federal government immediately reduce the capital-gains tax discount to 25 per cent. It also recommends abolishing negative gearing and including owner-occupied housing in the Age Pension assets test. The Federal Opposition has seized on these ideas, claiming they endorse its housing-affordability strategy, which includes reforms to those areas.

But the incoming Minister to the Deputy Prime Minister, Liberal MP Keith Pitt, has told Sky News there is enough property for everyone, just not where people think. "There is housing stock available. It's just not in capital cities. It is in the regions. For people to be able to move there and utilise that housing stock, they need one thing, and that one thing is jobs. So if we continue to focus on decentralisation, if we look at policies which drive jobs into our regions -- and let's be upfront about this: we have the levers to be able to make those changes, to make a difference for regional areas -- we do need to be focused about where they are, but the absolute reality is, in my electorate right now, you can buy a house for $200,000."

If states and territories do not agree to overhaul their planning systems, the Grattan Institute says, a different angle should be considered: cutting back on immigration. Mr Daley says Australia's growing population is not being sufficiently planned for. "So, to take Melbourne, for example, it's growing at about 130,000 people a year. You need at least around about 55,000 dwellings of some kind every year to deal with that increase in population growth… That's a lot of housing. But on top of that, you have got a backlog because, for a lot of the last 10 years, we did not build enough housing."

Mr Reardon says the Turnbull Government has already made moves towards cutting back on the flow of new migrants. "Restricting student visas and those transitioning into skilled-migrant visas in Australia will begin to have an impact from March of this year. But, also, I think that Australia is no longer as attractive to skilled migrants as what it was a few years ago."

But Mr Whelan at the University of Sydney says it is a very unlikely -- and unprofitable -- path to take. "It's not easy, if you like, to turn the immigration tap off quickly, particularly given the nature of the Australian economy, in terms of its exposure to international markets and its reliance on the skills that immigrants bring to Australia and the contribution that they make to the Australian economy. So I think it'd be very unlikely, in the very short term at least, that we'd see a substantial drop in immigration numbers. And, as I say, even if we did, my priority is that it would actually make very little difference to the housing-affordability issue." 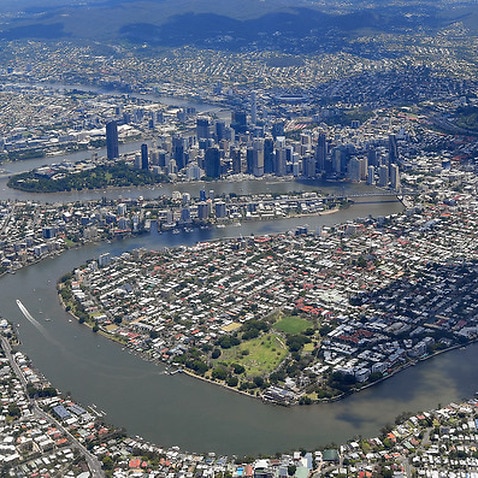