A private hospital in central India has been busted for allegedly selling babies to childless couples, and in at least one case, swapping babies for couples who wanted a child of another sex.

Indian Police has unearthed a "baby farm" operation in the city of Gwalior in Madhya Pradesh, which sells and swaps unwanted newborn infants illegally, Times of India has reported.

So far two babies have been rescued from a private hospital in the city, however authorities are still searching for several of the couples who have illegally bought babies from the hospital.

The operation was housed within the 30-bed private hospital, and sold each infant for around Rs. 1 lakh (almost $2,000AUD).

The babies were allegedly sourced from mothers who have had unwanted pregnancies, either out of illicit relationships or out of rape.

"When a girl or her parents approached them for termination of pregnancies, doctors at this hospital used to convince them assuring a safe and secret delivery. Once a baby is delivered and mother gets discharged, hospital authorities start hunting for gullible couples who could buy them," an investigating officer on the case said. 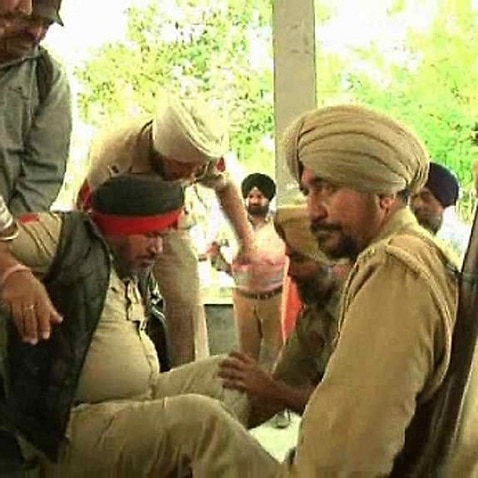 Those infants, once born, were then sold to childless families for a profit.

"Three others have been sold to childless couples in Uttar Pradesh and Chhattisgarh," Prateek Kumar, ASP crime branch, said.

In one case, a couple even swapped one of their own newborn baby boys for a baby girl from the outfit.

"A Gwalior-based couple had two boys. They swapped one of their boys with a girl at this hospital," said the investigating officer.

Five people from the hospital have been arrested so far, including the Palash Hospital's director, TK Gupta, hospital manager Arun Bhadoria, and a few parents who have purchased babies from them.

The perpetrators have been charged with counts of slavery and child trafficking: for dealing in slaves, buying or disposing of people as slaves, and for buying minors for the purposes of prostitution.