Shikhar Dhawan's decision to sell his family home in Melbourne sparked off discussions among his fans if the cricketer was moving back to India.

Indian cricketer, Shikhar Dhawan’s Clyde North house in Melbourne has been sold for $935,000 post-auction on Sunday.

“We had roughly over 100 people at the auction on Sunday. There were two bidders on the day and the property was passed in for $911,000,” Darren Hutchins, founder and co-director of O'Brien Real Estate told SBS Hindi.

The real estate agent claims the interest in the cricketer’s property was extraordinary.

“The interest in Dhawan’s property was huge. It created a lot of buzz. It is the most viewed property listing on Real Estate website this year so far,” he said. The Indian opener bought the house in 2013 where he lived with his wife, Aesha Dhawan and three kids.

The house also has three separate living zones that include family, rumpus retreat and theatre rooms.

His decision to sell his family home in Melbourne sparked off discussions among his fans if the cricketer was moving back to India.

SBS Hindi has learned Dhawan, who divides his time between Australia and India and is currently on the West Indies tour with the Indian Cricket Team, is building another house in Melbourne to accommodate the needs of his growing family.

"He will continue to have a base in Melbourne," Mr Hutchins said. 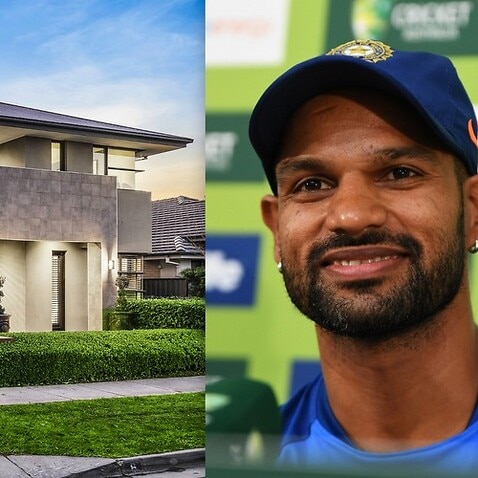