Ranjeet had to run in order to save his life after his attacker hit him in the head repeatedly.

An international student was left bleeding profusely with several cuts on his head on Monday while he was on his way to work.

A Caucasian man who appeared to be in his early thirties attacked Ranjeet Sidhu with a concealed weapon when he stopped at a kebab shop at Hoddle street in Richmond, on way to his work.

Ranjeet, who works as a security guard, he does not know his attacker and he said the attack was completely unprovoked.

“He tapped at my window and as soon as I came out of the car, he hit me with something he was hiding in his bag,” said Ranjeet.

When he hit me in the head repeatedly, I thought he was going to kill me then and there.

Ranjeet says he had to run in order to save his life. He was hit six times, thrice on the head, and three times, he managed to block the attacker’s strikes by his arms.

“When he hit me in the head repeatedly, I thought he was going to kill me then and there,” he said.

Ranjeet had to be taken to the hospital emergency due to excessive bleeding. He received 10 stitches on his head.

The attacker hasn’t been arrested so far. 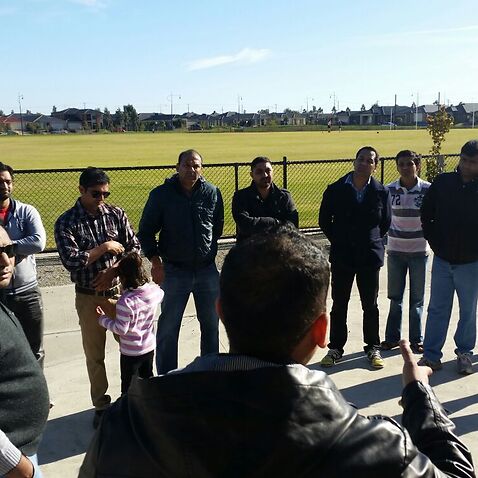