An Indian man's Australian citizenship was cancelled after the Department of Home Affairs' "forensic analysis" discovered that he had committed identity fraud in 2003 and subsequently became an Australian citizen.

Mr Singh lost his bid to have Mr Dutton’s decision reversed by the Administrative Appeal’s Tribunal after it ruled that it would be “contrary to public interest” for him to continue to hold Australian citizenship.

38-year-old Mr Singh, who first came to Australia in 1997 as an international student, married an Australian-born woman when he was 19 and applied for a spouse visa based on the relationship. However, they separated after some time and divorced in 2002.

Mr Singh travelled to India in February 2002 to marry for the second time. He married an Australian citizen of Indian descent. He claimed that a migration agent advised him that due to his earlier divorce, he would face difficulty in getting back to Australia and suggested that he get a new identity.

Migrant’s Australian citizenship cancelled 18 years after it was approved

The DHA disputed this and said that because his divorce certificate was issued after he had departed Australia, Mr Singh wasn’t certain whether the divorce had been finalised and he himself initiated this idea.

Mr Singh then got a new Indian passport using a different name and date of birth. He travelled to Australia on a spouse visa and subsequently became a permanent resident in 2005. He used his new identity to become a citizen of Australia in 2007.

The Tribunal was told that identity fraud was discovered after he applied to sponsor his father’s visa in 2009 as Mr Singh continued to sign all his visa and citizenship applications using his previous name. The DHA told the Tribunal that a “forensic analysis” detected the fraud.

Mr Singh was charged with multiple offences against the Migration and Citizenship Act. He pleaded guilty and was sentenced to a total of 500 hours of community service. The sentencing magistrate said the identity fraud was first committed in order to obtain a spousal visa, a partner visa, to apply for Australian citizenship and then to sponsor his father’s visa.

The Tribunal heard that Mr Singh and his second wife divorced in 2012 due to “unforeseen circumstances” and that he married for the third time and has two children who are Australian citizens.

"Attack on immigration and citizenship process"

While he did not dispute that he forged an identity, he maintained that it was due to a “bad advice” by a migration agent. Several witnesses vouched for Mr Singh’s good character, including his friends and the Tribunal acknowledged that he was “genuinely remorseful” for his offence.

“There appears little doubt that he is a good father, a good friend, a hard-working and dedicated member of both the Sikh and wider community and that he contributes in a positive fashion to family, friends and community,” Senior Member Chris Puplick said.

However, Mr Puplick said had Mr Singh’s “fraudulent activities” had gone on over a prolonged period of time and would have continued “indefinitely” if those had not been discovered.

“There is no reason to believe that the Applicant would seek to have abandoned such further activity on his own initiative.”

Upholding the decision to revoke his citizenship, Mr Puplick said if Mr Singh were allowed to hold Australian citizenship, it will set a precedent suggesting that “initial fraud may be whitewashed by subsequent good behaviour and passage of time”.

“An attack upon the integrity of the immigration and citizenship processes will be seen to have succeeded,” Mr Puplick said. 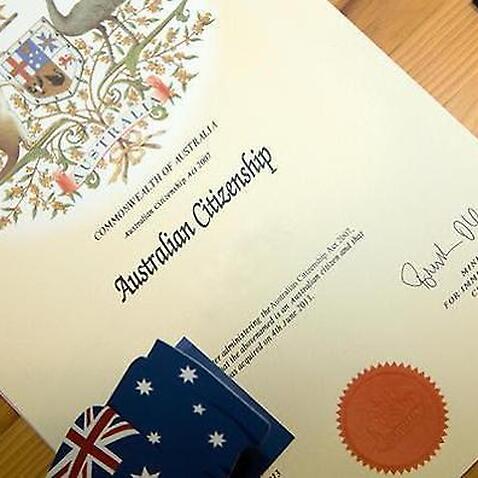