The firm head and other accused were arrested after, despite an undertaking in the court last year, he failed to refund all the victims.

Police in India have charged the head of an immigration firm and three others with cheating and criminal conspiracy over a $4 million dollar fraud that allegedly left 373 visa aspirants out of pocket.

The police in the union territory of Chandigarh charged Arvind Ashat of the Foreign Horizon Overseas Consultants, his wife and firm director Tanisha Ashat and two employees of the firm, telling the court they should stand trial in the case.

The case was registered in March last year after Rupinder Singh, a former client of the Mr Ashat accused him of immigration fraud. Mr Singh said he and many others had paid money to Mr Ashat who promised them to send to Australia within 45 days of making an application. Mr Singh alleged that after receiving money, the firm failed to get them their visas or refund their money.

It was claimed that the firm never submitted the visa applications to the Australian High Commission in India for processing.

The two employees charged now were arrested last year. As his lawyer denied all charges in the court, Mr Ashat was given an anticipatory bail in October last year after he gave an undertaking to the court to return the money he received from his clients.

However, he refunded just about 40 clients and the remaining petitioned the Punjab and Haryana High Court to seek an investigation of the case by India’s premier investigating agency, the Central Bureau of Investigation.

“Our allegation before the High Court was that the Chandigarh Police was deliberately going soft on the accused. Despite his [Mr Ashat] pre-trial bail being refused by the court, the police hadn’t arrested him,” lawyer Navkiran Singh who is representing around 50 victims in the High Court told SBS Punjabi.

He said it was after he petitioned the court that the Chandigarh Police began seriously investigating the case.

“He duped 373 people of their hard-earned money selling them dreams of a life abroad. But he did not get a visa for any one of them,” said Mr Singh.

In March this year, a special investigation team was formed to investigate this case. A month later, the police arrested Mr and Mrs Ashat over an immigration fraud with 373 people. The accused were refused bail.

The accused will face a trial under the Emigration Act. If found guilty, they face a prison term of up to six months for criminal conspiracy and up to seven years for cheating. 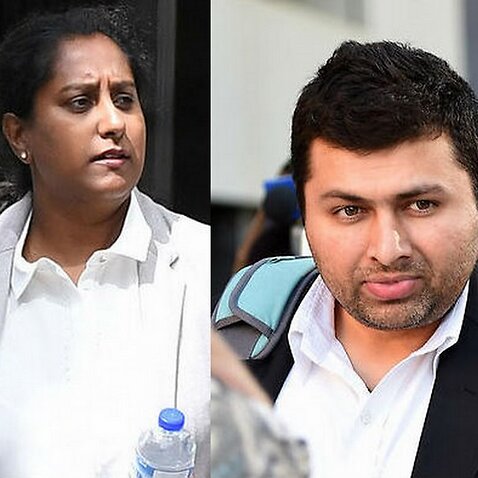