Indian-origin American politician Tulsi Gabbard, a member of the Democratic Party and a practicing Hindu, took to Twitter on to express her displeasure and anger against the ‘absurd’ portrayal of Hindus in CNN’s latest show Believer with Reza Aslan. 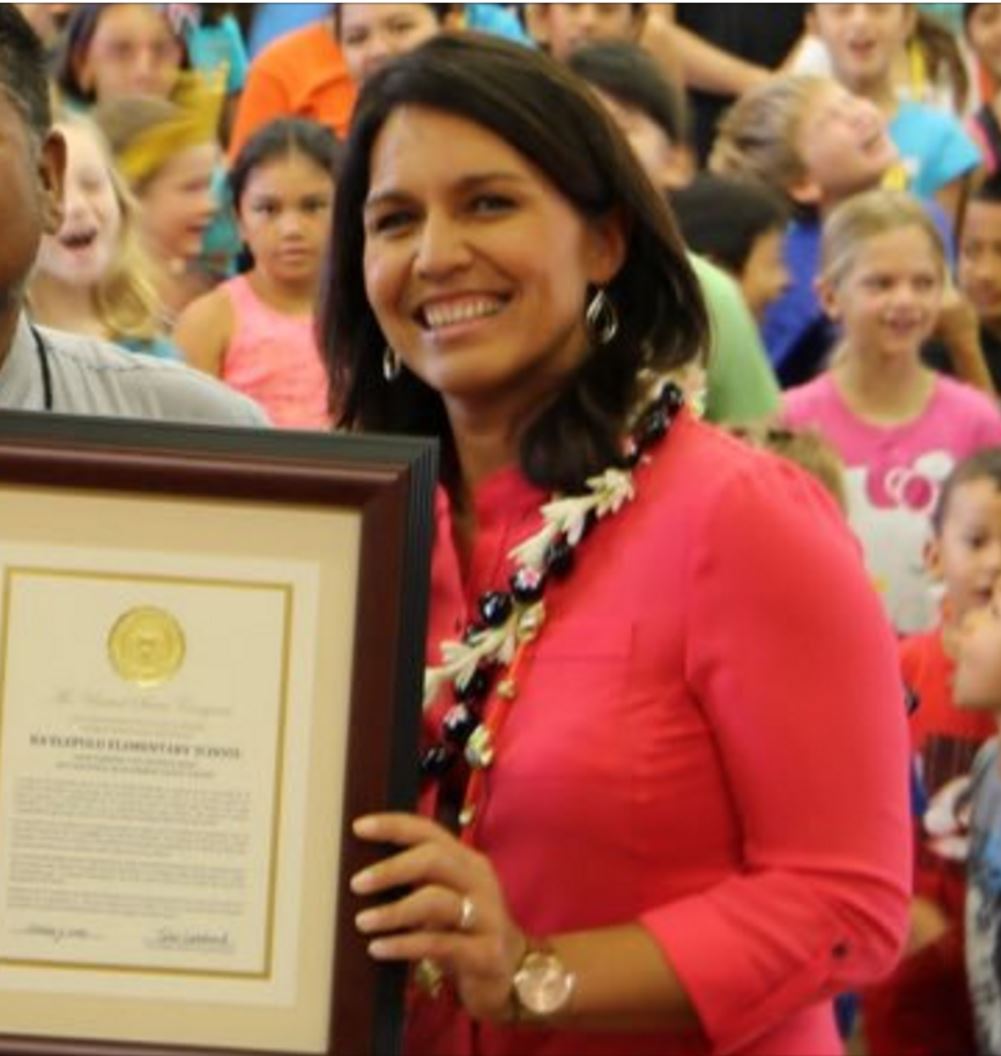 In a series of tweets, Tulsi accused CNN of using its ‘power and influence to increase people’s misunderstanding and fear of Hinduism’. 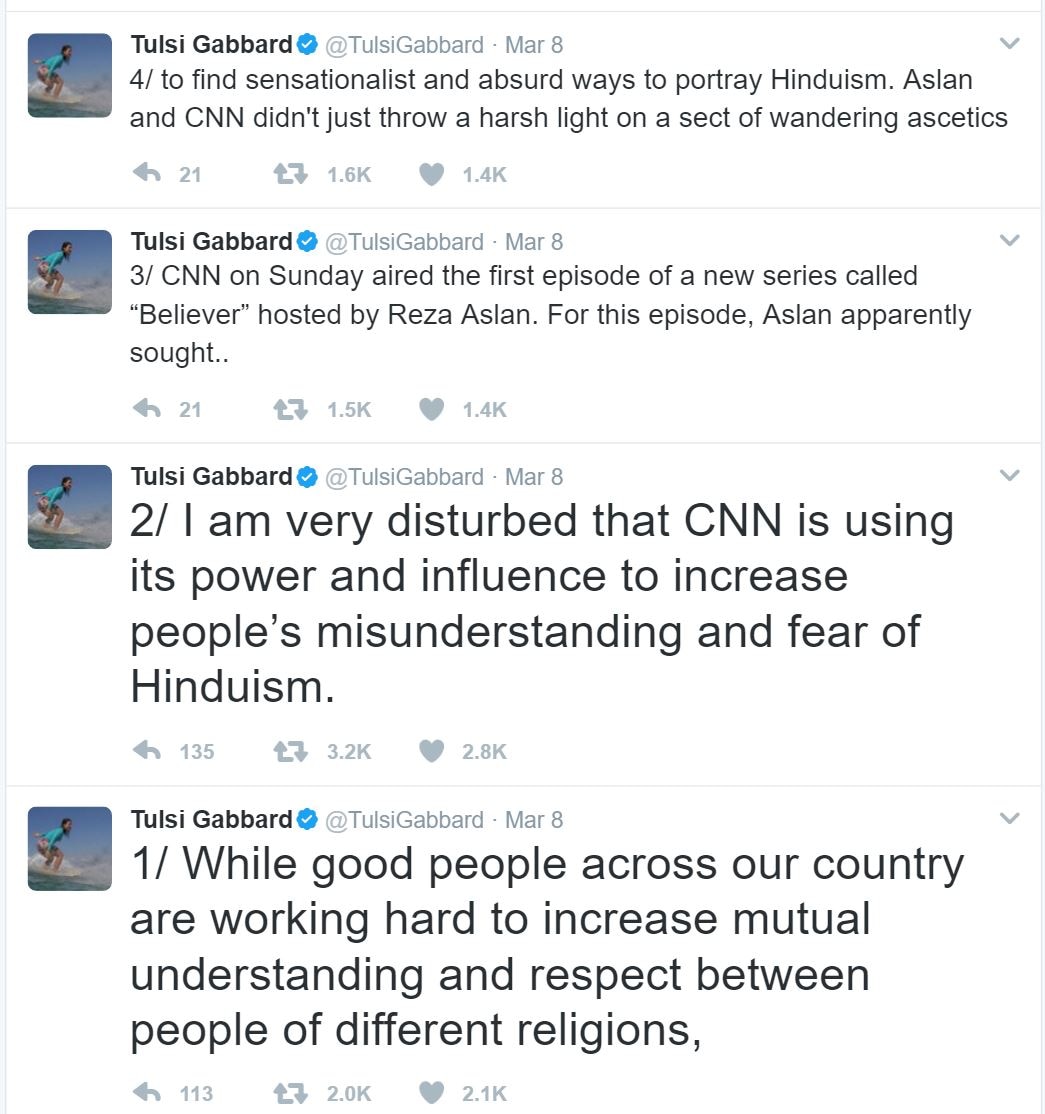 Another eminent Indian-American Shalabh Kumar, an industrialist and ardent supporter of the US President Donald Trump, says, “this is a disgusting attack on Hinduism.”

This show has also been criticised by American Hindus Against Defamation (AHAD) and the Hindu Council Australia (HCA).

Dr Gautam Chakrabarti of The Indic Consolidation has also criticised the show. Gautam has highlighted the lack of 'fact-checking' in the show where 'the icons that Reza describes as "[B]ra[h]ma, Vishnu and Shiva" are, actually, Rama, Sita and Lakshmana.' Reza Aslan has defended his story and responded to claims of Hinduphobia on Twitter:

In a statement HuffPost, Reza Aslan says: “As someone who writes and speaks about religion for a living I know better than most the sensitivities of the topic, and I have spent much of my career trying my best to address those sensitivities.”

Aslan has often been criticised in the US for his views on Islam and Christianity.

WATCH VIDEO: CNN's Who are the Aghori?