An Indian student who was attacked in the early hours of Australia Day in Melbourne on 26th January, tells SBS that he has been left traumatized by the incident, which has also forced him to postpone his engagement.

The Indian student Nitin* had just finished work at Lord of Fries at 2 am Thursday morning, in Chapel street, Malvern, and was walking towards his car parked opposite the Melbourne Polytechnic campus in St John Street when he was attacked by four unknown men.

Speaking to SBS Punjabi, Nitin says he was walking to his car when he noticed some young men standing in the street. He was a bit nervous but quietly walked past only to realise that the men were following him.

Nitin says he could hear them shouting "Stop, man!"

Nitin did not stop and kept on walking and he alleges that one of the men came behind him and punched him in the head. The others followed and he dropped to the ground.

He tried to get up but says he was dizzy and in pain, and could only crawl. The offenders allegedly dragged him back repeatedly and punched him relentlessly.

Nitin says he was afraid and as his English is not very fluent, in panic mode, he reverted to his mother tongue and started shouting “Bachao” which did not help in getting any assistance.

Eventually, he managed to crawl back towards Chapel street where two young women shouted at the attackers and threatened them with police. That is when the young men left Nitin alone.

Nitin tells SBS Punjabi that the women called the police and a passing taxi driver also stopped by to help. According to Nitin, the taxi driver was a Punjabi who offered him water and asked him to sit in his taxi until help arrived. He also assured Nitin that he was safe in his taxi.

“He told me 'the taxi is locked, you are safe now, don't worry,'" says Nitin.

The anonymous driver left soon after police arrived, but Nitin would like to thank him for his help.

“I don’t remember his name," says Nitin. "But I know his face. He was a Punjabi man in a yellow cab.”

Nitin told police that there were four attackers in total, two of whom, he clearly remembers from their appearance. According to him, one had a very distinctive hairstyle and the other was wearing a white shirt with the number '3' printed on it.

"I can never forget two of them. One had a very different hairstyle and the other was wearing a white shirt with the letter ‘3’ on it. They all were wearing long lose shirts," says Nitin.

He says that could still see the men hanging around the corner and pointed them out to the police.

Police have not made any arrests in this case yet. When asked about this, Nitin tells SBS Punjabi that he feels disappointed and let down that police have not been able to detain the accused.

Nitin was taken to Alfred hospital where he spent the night being treated for his injuries.

In addition to bruising all over his body and deep scratches on his knees and palm from being dragged on the ground, he suffered hairline fractures in his cheekbone and nose.

He has spent almost $2,000 for his treatment already. Nitin also did not have an ambulance cover and is still waiting for that bill to arrive.

Nitin arrived in the country on a student visa in July and has only been here for seven months. He is doing Masters in IT from CSU which he recently joined as he could not afford the fee at CQU where he had initially got admission. He says the hospital bills have added further financial strain for him.

But his misery did not end there.

Nitin was supposed to fly to India on Saturday night of the same week and had his tickets booked. He was also due to get engaged the following week. But because of his injuries he has been unable to fly.

After consulting the hospital, he was granted a note of caution to get on the plane, but he alleges that even after getting the boarding pass from the airlines and his luggage being checked in, the Singapore airlines backtracked at the last minute and refused to put him on the flight half an hour before he was due to fly.

Nitin said, this has added more stress and anxiety to an already traumatic experience and says that he does not understand why he was not able to fly even after initially getting his boarding pass. 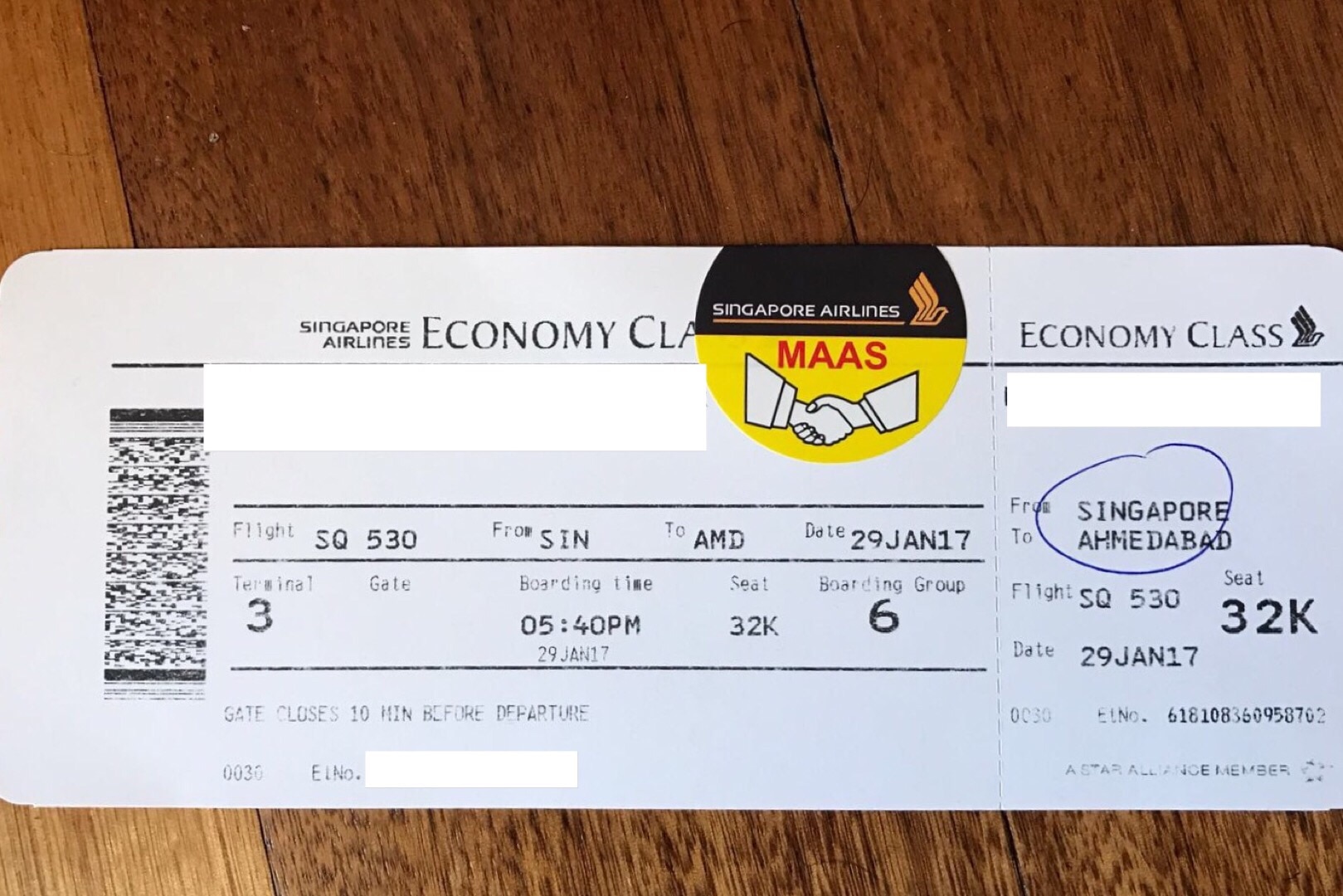 Nitin was issued a boarding pass then refused permission to get on the aeroplane.
Supplied

Nitin is now waiting for another check-up this week, following which, he hopes he will be able to go back to India to join his family and recover from this traumatic experience. 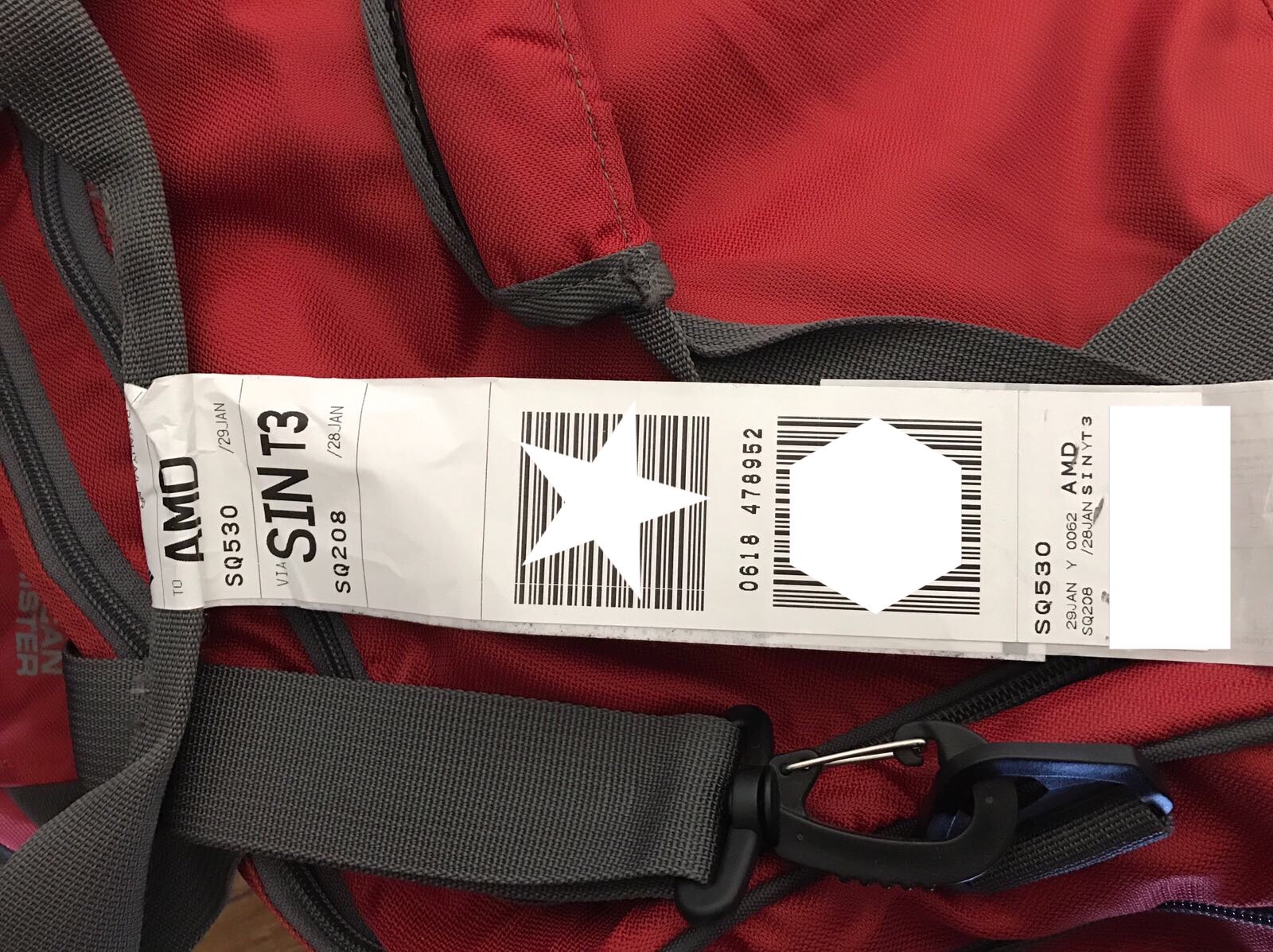