Many Indian students claim a person has scammed them after promising a job.

Indian student Gurvinder Kaur had explored every avenue but failed to get any job.

In a state of desperation, she posted a request for help in one of the community Facebook groups.

She soon received a response from a person willing to offer her the job of a cleaner.

“I contacted him through Facebook messages. He shared his number and asked me to call. He inquired about my experience and other things,” Gurvinder told SBS Hindi. After a friendly chat, the person asked Gurvinder to start working the next day.

“I was delighted. He asked me if I could start the next day, and I immediately said yes. I was desperate,” claims Gurvinder who had arrived in Australia three months back on a student visa.

According to Gurvinder, she received a message from this person to transfer 90 dollars to his account. 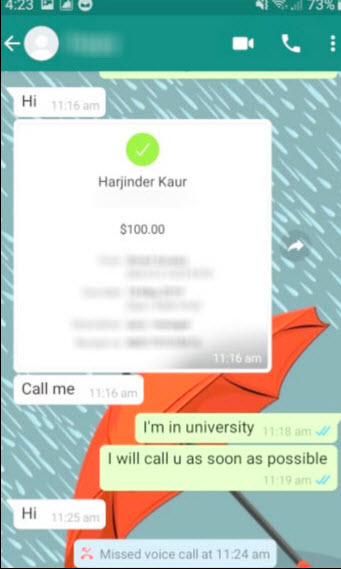 “He said I would need to pay for my uniform. He asked me to transfer 90 dollars. I did not know how things work, so I agreed. I transferred the money to the said account. He told me to meet at Melbourne CBD next day.”

Next day, Gurvinder arrived on time but the person did not turn up.

“I kept waiting for over an hour. Meanwhile, I called him, but he did not take my call. After some two hours, he replied saying he had a car accident and could not turn up. He requested me to come back the next day as he was in trouble,” says Gurvinder. 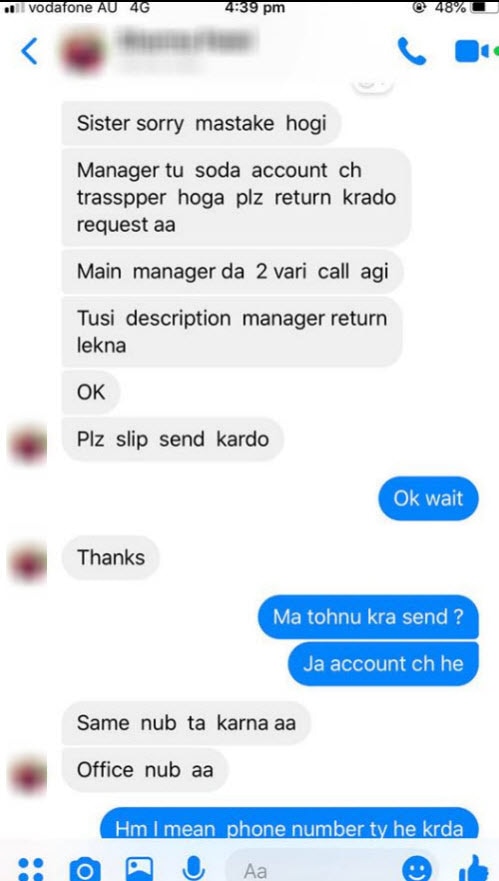 Next day, Gurvinder learnt the man was nowhere to be found and she had been blocked.

“He blocked me on Facebook and WhatsApp too. I tried to call from different numbers, but his number could not be reached,” she claimed.

Gurvinder understood she had been cheated. However, she was not alone.

Harjinder Kaur, another student in Melbourne has made a similar claim against this person. 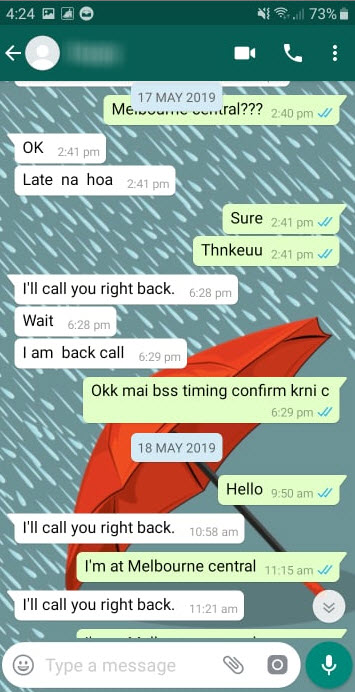 “This person had responded to my request in a Facebook group. He offered me a job as a cleaner and asked me to transfer money for uniform and other expenses. He asked me to meet at Melbourne CBD the next day but never arrived. He said he had a car accident. Later he blocked me,” Harjinder told SBS Hindi.

“He asked for more money saying his boss had transferred 300 dollars to my account by mistake. I had not received any money, so I refused.” 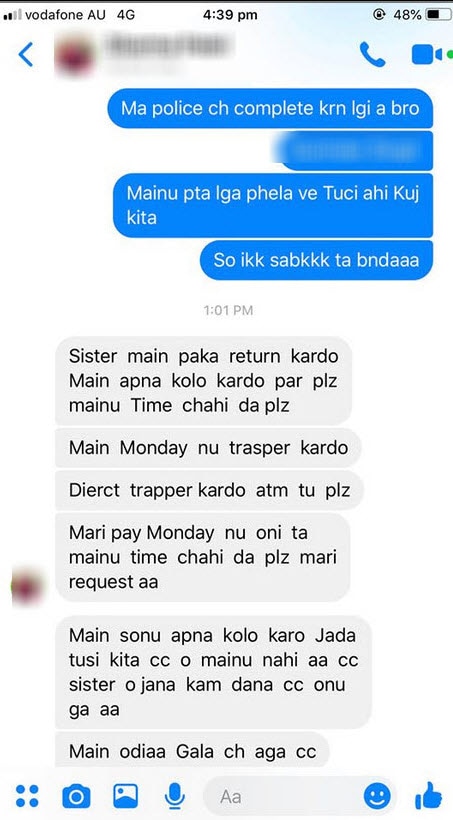 SBS Hindi made several attempts to contact the person in question but his number was unreachable.

Gurvinder claims her bank refused to help her as the money was transferred willingly. Both the students are considering filing a police complaint.