Education agents are acting unethically or manoeuvring through Australian migration law loopholes and must be regulated to prevent the exploitation of international students, says a parliamentary inquiry.

A Federal Government inquiry has supplied 10 recommendations on the regulation of Australian migration and education agents. They shed particular light on education agents’ present lack of accountability, and capacity to exploit international students.

These recommendations, including the establishment of an education agent register, more rigorous checks on agent qualifications and a sanction system for non-compliant agents, were contained in a 138-page February report from the Joint Standing Committee on Migration.

The committee began in March 2018, with the intention of exploring the efficacy of Australia’s current regulation of migration and education agents.

In March 2018, the Joint Committee on Migration was asked by former Assistant Minister for Home Affairs, Alex Hawke, to report on the efficacy of Australia’s current regulation of migration agents only.

However, during the course of this inquiry, the Committee decided to broaden its investigation to include education agents, due to evidence alleging some education agents were operating in an unlawful and unethical manner due to a lack of regulation.

One of the allegedly unlawful practices reported was that some education agents were making false promises to potential students overseas, in some cases stating that certain courses were a pathway to permanent migration, when they were not.

Other cases in the report include education agents allegedly advising people to apply for student visas with the sole intention of buying time to find a job or family sponsor.

“Several submitters provided accounts of instances where education agents were going beyond their remit and providing unregistered immigration assistance,” says the report.

The Migration Institute of Australia’s (MIA) members, which participated on this inquiry, told the Committee that some education agents operate in a segment of the market where the legislative interpretation of what constitutes the difference between immigration and clerical assistance is either "largely misunderstood or blatantly ignored." 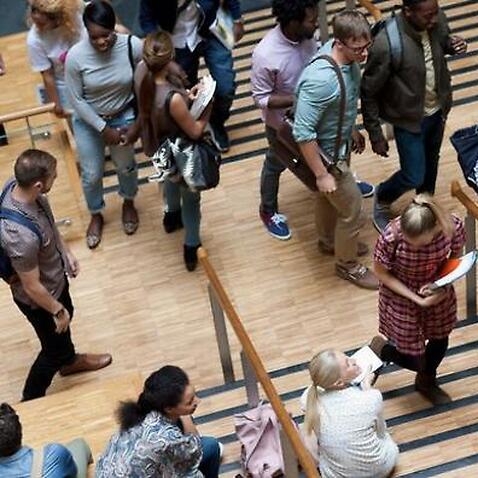 International Students: Australia is set to look to Latin America

According to MIA members, "education agents prepare and lodge student visa applications, and then later employment and permanent residence visas once these students have completed their studies. These education agencies appear to do this with impunity.”

In Australia, it is illegal for education agents to provide migration advice unless they are also a migration agent registered at the Office of the Migration Agents Registration Authority (MARA).

The Migration Alliance told the Committee that the Department of Home Affairs was not properly regulating education agents.

“One of the significant barriers to the elimination or mitigation of fraud is the continued and inexplicable failure of the Department to regulate education agents and the failure to acknowledge that they inevitably provide immigration assistance,” said Migration Alliance.

Who are the education agents?

Although international students are allowed to enrol themselves directly to education providers they tend to engage the services of an education agent for a variety of reasons, including their distance from Australia, ease of communication through a common language and help with the admission or visa application process if required, explains the report.

In 2017, education agents were responsible of three quarters of the enrolments of the more than 624,000 foreign students who came to Australia to study.

‘Literally anyone can become an education agent’

Committee chair and Liberal MP, Jason Wood, told SBS Spanish that while education agents were not the primary focus of this investigation, the Committee received an overwhelming amount of evidence raising concerns about the unethical and unlawful behaviour of some education agents within Australia and overseas.

Mr Wood said that all members of the Committee acknowledge these issues arise because education agents are not currently regulated in Australia. So, they suggested a series of recommendations on the report to address these gaps.

“Literally anyone can become an education agent,” he said.

“The Committee was surprised with the evidence that were coming up in relation to bad practise by education agents, nobody expected to be presented with that sort of evidence. Therefore, we acknowledge there is a problem, there is a big problem,” she said.

The report completed by the Joint Standing Committee on Migration was the result of an array of stakeholders, groups and individuals to submit to the inquiry, including federal government departments, peak bodies, academics and industry groups.

It also took evidence from 15 organisations and individuals at six public hearings held in Canberra, Sydney and Melbourne over the course of the inquiry in 2018, says the report.

Both Mr Wood and Ms Vamvakinou said the committee is waiting to receive comments from Home Affairs. SBS Spanish asked Home Affairs about the next steps and it responded via email that, “the timing of the Government’s response is a matter for government.”

Economic importance and a duty of care

“As Australia’s third-largest export sector and the country’s leading service export sector overall, it is crucial to protect both the reputation of Australia’s education export industry as well as ensuring that our consumers, the international students, are protected,” says the report.

Overseas students represent an important source of income to the Australian economy. In 2017 international students injected $30.3 billion to the economy.

The Committee recognises there should be a duty of care and best practice as international students can be socially, legally and financially vulnerable if they engage with unscrupulous educations agents due to the lack of direct oversight over them.

"We don’t want people coming to Australia to been exploited by unscrupulous education agents or by unscrupulous tertiary registered training colleges, we don’t want that, and we will do wherever we can to ensure people are protected,” said Ms Vamvakinou.

2     The Committee recommends that registered providers ensure that education agents meet the following requirements prior to entering into a written agreement with each education agent that formally represents their education services:

3     The Committee recommends amending the National Code of Practice for Providers of Education and Training to Overseas Students 2018 to require registered training organisations to review written agreements with their education agents annually to ensure that education agents complete an appropriate number of professional development activities each year.

4     The Committee recommends that the Australian Government introduce a sanction structure using a demerit point system for any education agent found to have breached the Education Services for Overseas Students Act 2000, National Code of Practice for Providers of Education and Training to Overseas Students 2018, or Migration Act 1958.