A number of international students wanting visa sponsorships are alleging they have been cheated of tens of thousands of dollars by a woman who presented herself as a lawyer and a registered migration agent.

Chathurika Dissanayaka makes several trips to Melbourne city every week from Cranbourne where she lives in a rented house with her husband and 4-year-old son, in the hope of finding the woman whom she paid $20,000 for a business partnership.

The 38-year-old former international student from Sri Lanka says she agreed to pay $50,000 for a business partnership to a woman who identified herself as Shamna Singh and presented herself as a lawyer and a registered migration agent in online ads.

“She told me she has a job agency. But myself being an IT person, she said it would be hard to find a job and she suggested I should buy a business partnership,” says Ms Dissanayaka.

“I paid $20,000 according to the payment plan set out in the contract. She was supposed to apply for immigration approval for my partnership which she didn’t do and demanded I pay another $15,000,” Ms Dissanayaka tells SBS Punjabi. 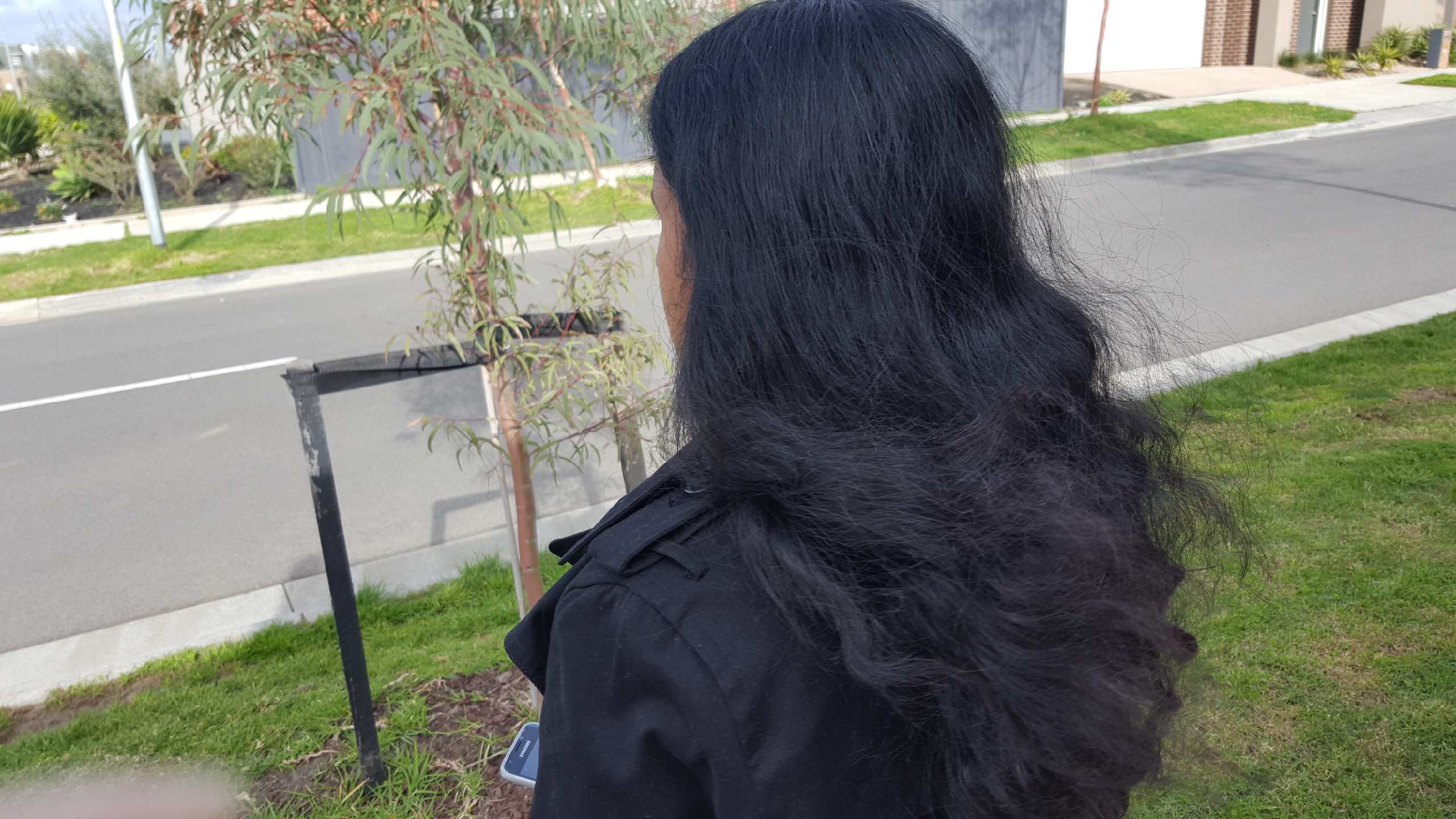 Chathurika Dissanayaka says she has been defrauded of $20,000 in a business partnership deal she wanted in order to sponsor herself for a 457 visa.
Supplied

She says her last contact with Ms Singh was in March and she hasn’t answered Ms Dissanayaka’s calls or met her since then. Ms Singh’s business Australian Immigration Legal Support Centre was deregistered in April this year.

Ms Dissanayka says she has approached Victoria police, VCAT as well as the Immigration Department, however, she has not received any assistance.

“VCAT say they can’t do anything because the business is already deregistered, the police say it’s a civil matter. I don’t know how many more people would fall prey to her fraud before an action is taken,” she says. 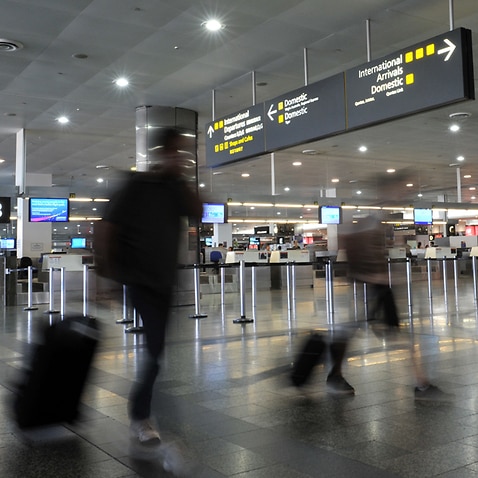 Australia to privatise visa system to save cost

After the Migration Review Tribunal refused her appeal for a post study visa last year, she and her husband lost the right to work in Australia. She says it was her husband’s hard-earned money that she paid Ms Singh to buy a business partnership in the hope to start a life here.

But she is not alone in this.

An international student from Vietnam who wants to be identified as Ms Nguyen claims she paid Ms Singh $35,000 for a Regional Sponsored  Migration Scheme visa last year after seeing an online advertisement.

“She [Shamna Singh] was supposed to find me a sponsor last year but she kept delaying it until my student visa expired in March this year,” Ms Nguyen says. “She then told me she would apply for extending my student visa but didn’t do that either in time, leading to refusal of my visa.”

She says when her visa appeal came before the Migration Review Tribunal for a hearing, Ms Singh refused to represent her and stopped answering her calls, leaving on her own.

“Now I realise that she was lying to me all the time. She never applied for a sponsorship and she was delaying only to buy more time,” she says. “She thinks I can’t do anything, perhaps that’s the reason she isn’t bothered.” 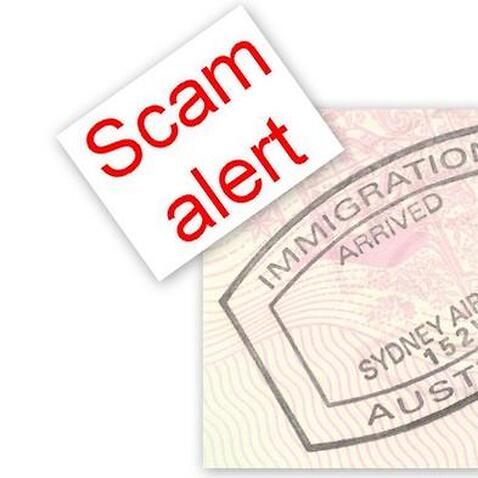 When asked whether she was trying to buy a visa sponsorship, Ms Nguyen says her deal with Ms Singh was to find a sponsor and carrying out all the paperwork for her “PR package”.

A Korean international student who doesn’t want to be identified also claims to have paid Ms Singh $21,000 for a visa sponsorship before she stopped answering his calls.

He says he went to Ms Singh’s house in Footscray in Melbourne last month and met her husband who assured him that she would call him the next day.

He claims Ms Singh called him the next day and threatened with pressing charges of trespassing if he again came to her house.

“I am worried that she is still out there and cheating other people,” he tells sbs Punjabi.

All three of them were dealt with by Priyanka Mahajan- a member of the staff at Ms Singh’s Bourke Street office in Melbourne before it was shut down.

When SBS Punjabi contacted her, she claimed she had also paid $35,000 to Ms Singh for finding her a visa sponsorship.

“I began working there on voluntary basis for some work experience only after seeing her ad for visa sponsorship. But she never found me a sponsorship,” Ms Mahajan told SBS Punjabi. She says she is herself contesting her visa refusal in the MRT and has not heard from Ms Singh since March/April this year. 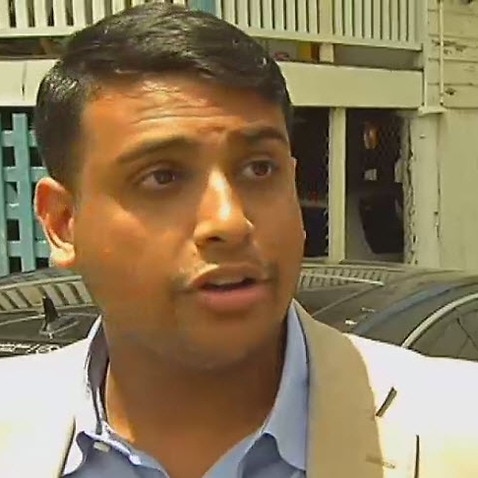 Ms Mahajan says she knows at least three victims who have paid tens of thousands of dollars to Ms Singh for visa sponsorship and haven’t got anything in return.

“I am myself a victim here. I haven’t just lost money but also my visa status is at stake.

Shamna Singh did not respond to SBS Punjabi’s messages left on her phone voicemail and social media.

Department of Immigration and Border Protection did not confirm whether any action was initiated upon receiving a complaint from Ms Dissanayaka.

The DIBP said it’s an offence to provide immigration assistance for unregistered agents in Australia, and that all complaints of visa fraud are taken very seriously and followed up with an investigation.

“The Department considers all matters where it appears that offences against the Migration Act have been committed to determine if enforcement action can be taken,” a spokesperson for the department told SBS Punjabi. “This includes matters where either registered migration agents or unregistered persons are alleged to be involved in facilitating payment for visa sponsorship.”

The DIBP also advised visa-seekers to check the register of agents on the OMARA website to ensure they are engaging a registered migration agent.

If you are a victim of visa fraud, write to us on shamsher.kainth@sbs.com.au