As vaccine uptake continues to be the key message pushed by leaders and businesses as a means to break out of the pandemic, incentives and punishments are giving new meaning to the age-old question, ‘carrot or the stick?’

Outbreaks of the Delta variant in Australia’s major centres have altered the way the country is approaching vaccination.

As NSW has passed the six million jab mark, lockdown restrictions have been slightly eased for people who are vaccinated.

Prime Minister Scott Morrison recently announced Australia would need to fully vaccinate 70 per cent of its eligible population before restrictions begin to ease and reach 80 per cent to reach the next phase - eradicating lockdowns.

But as state and federal leaders continue to urge vaccination among citizens, large businesses like Qantas are pushing ahead with incentives to encourage inoculation.

From cars to cows, countries and businesses across the globe are encouraging their people to get vaccinated through a number of measures, including punishments for not complying.

In Saudi Arabia, for instance, vaccinated people must present proof of health status via the country's Tawakkalna contact tracing app to enter all public and many private facilities.

Flights and choc tops in Australia

Incentives to push Australians towards vaccination clinics are mostly being pushed by the private sector.

Qantas CEO boss Alan Joyce recently announced that the airline would reward vaccinated Australians through a 'mega prize draw' where a year’s worth of flights, hotel stays and fuel would be awarded to winners.

Pegged as a way to recognise individuals for their “role in helping the country get out of lockdown”, the program was introduced days after the airline made vaccination mandatory for its staff. 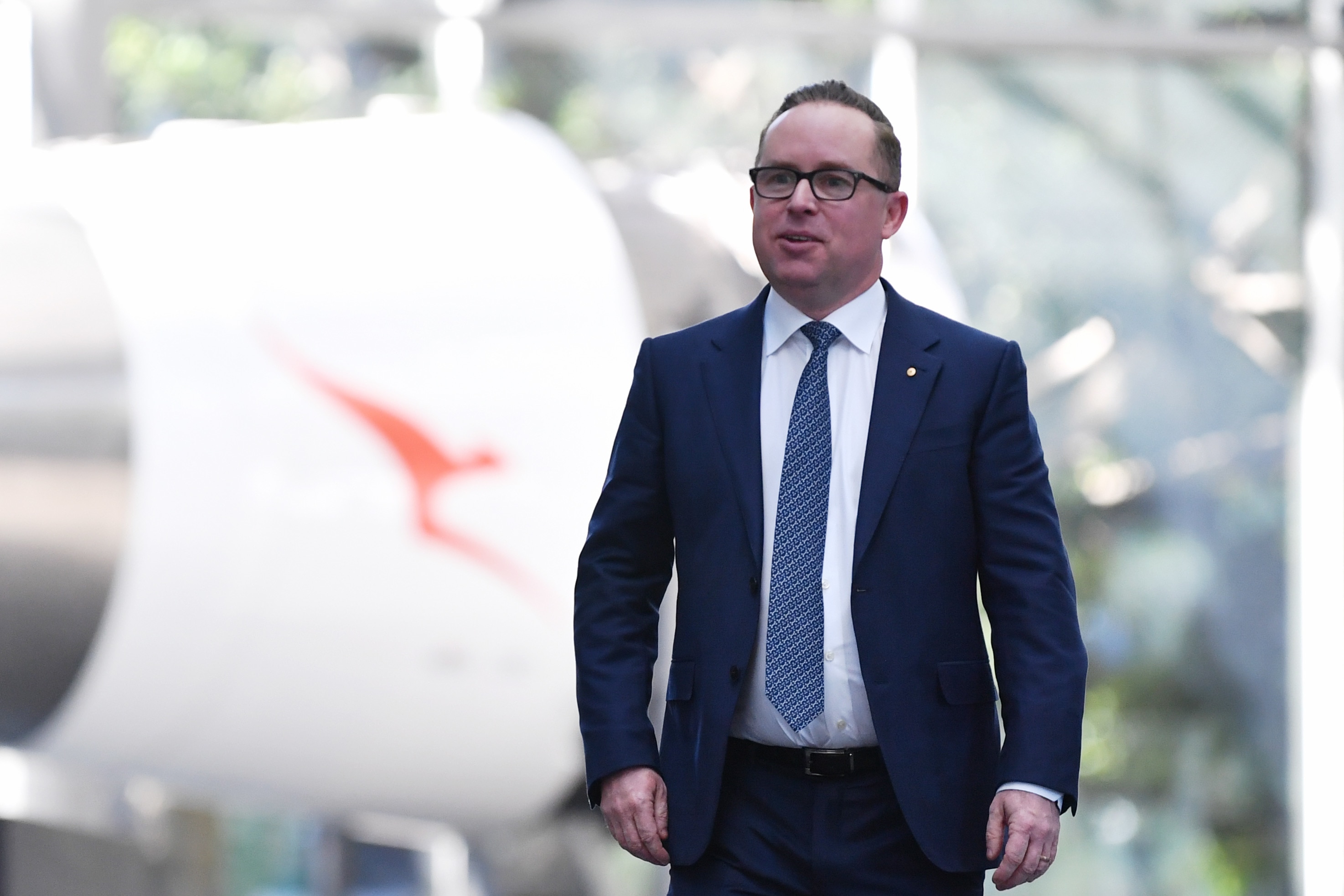 At the federal government level, Labor leader Anthony Albanese proposed a $300 cash prize for people to get vaccinated in July, which was labelled as “unnecessary” by Finance Minister Simon Birmingham.

In July, the Grattan Institute recommended the government introduce an $80 million lottery with $10 million in prize money for 10 vaccinated winners each week from November when supply vaccine supply issues have been fixed.

In July, US President Joe Biden called for states to tap into the country’s COVID rescue fund to offer $100 to the newly vaccinated in an effort to address flagging jab rates.

Amid a new surge in Delta cases, Mr Biden said the incentive may seem unfair to already vaccinate Americans, but "we all benefit if we can get more people vaccinated". 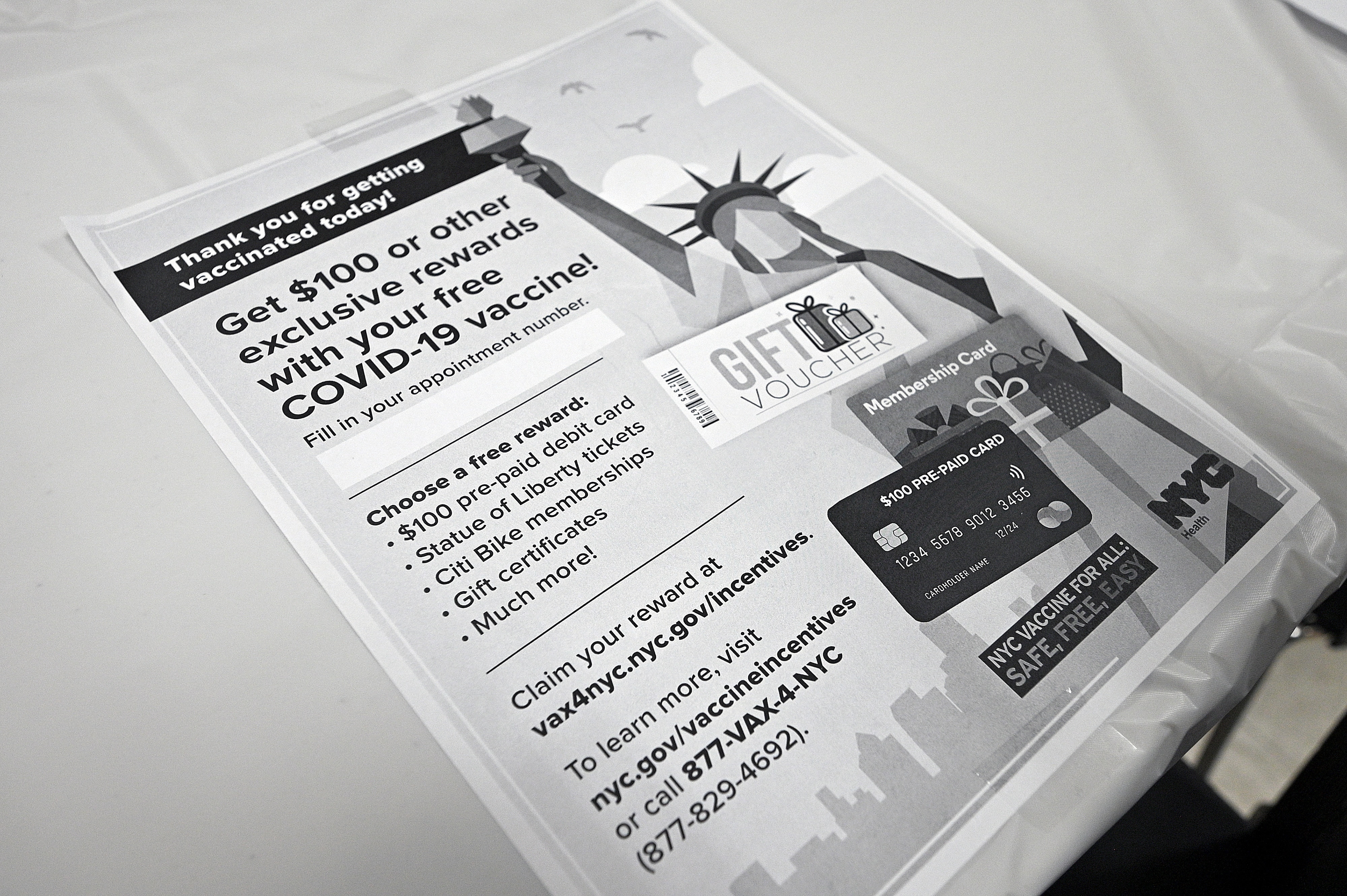 That state has also issued two million gift vouchers worth $50 each, while retailers in Washington State, have been given the go-ahead to offer a free marijuana joint when customers get a shot in a ‘joints for jabs’ promotions.

In Moscow, authorities have been giving away five cars per week – each valued a 1 million rubles (A$18,800) each - to spur residents to get vaccinated.

In Britain, authorities are offering a number of incentives for people aged between 18-30, including discounted meals, and free rides to and from vaccine appointments. So far, rideshare giants Uber and Bolt as well as fast-food service Deliveroo are on board.

A small business in a prominent market in Bucharest offered barbecued sausage sandwiches after getting the jab, while in the Philippines, the mayor of a farming town an hour's drive north of Manila is promising to raffle off a cow each month from September.

While research into COVID vaccinations has been extensive since the beginning of the pandemic, policies to promote vaccine uptake through incentives or penalties appear to be introduced without extensive evaluations or testing of their effectiveness.

According to a research study in the US - which randomly allocated just over 1600 unvaccinated Americans to one of three video messages, including information that those getting vaccinated might be eligible for a vaccine lottery or cash payment – the offer of cash was more likely to promote vaccine uptake.

Giving people incentives to get vaccinated is "not the right approach" for Australia, according to RMIT marketing expert Associate Professor Con Stavros.

"We need to hold off on giving Australians incentives to get COVID-19 vaccinations for as long as possible to see if we can reach the required targets without throwing money, food and other freebies at them like the lottery draws, doughnuts and McDonald’s we’ve seen in other countries,” he said in August.

"Incentive schemes have little traction unless there is a clear balance between supply and demand and that doesn’t appear to be the case yet with COVID-19 vaccines.

"They also work best when enthusiasm’s plateaued, which also doesn't appear to be happening.”

Beyond incentives, some governments have enforced vaccination passes and even penalties for unvaccinated people.

France and Italy require proof of vaccination to engage in a range of activities, including going to theatres, sporting venues and restaurants.

In Saudi Arabia, authorities have imposed a ban on unvaccinated people from entering malls and other public and private spaces, while in the United Arab Emirates, attending public venues and cultural events, entering clubs and attending sports events have been reserved only for the vaccinated. 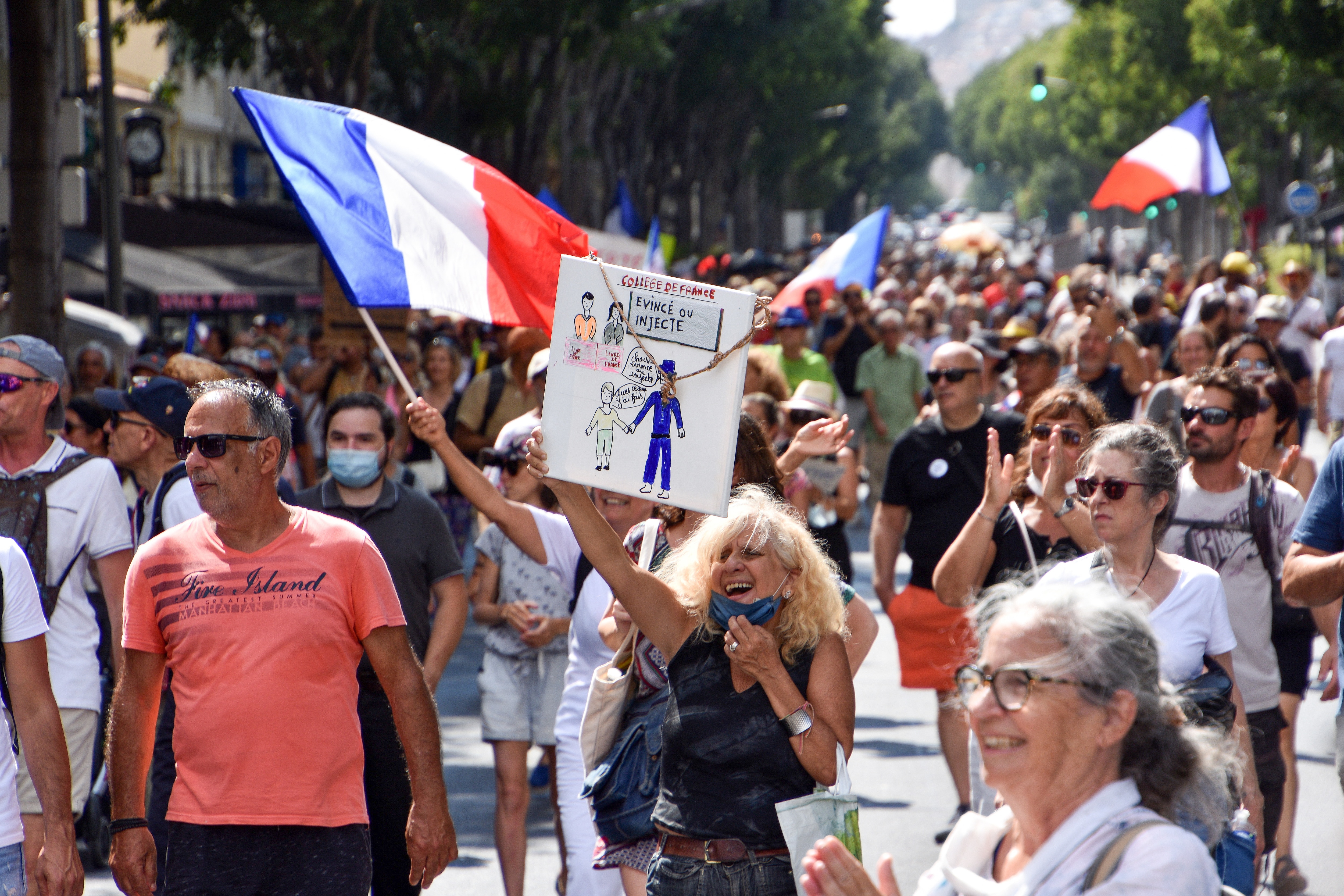 Thousands of people demonstrated in Marseille, France against the introduction of a health pass for vaccinated individuals.
Sipa USA Gerard Bottino / SOPA Images/Sip

Similar measures have been employed in Kazakhstan, where people who haven't received the jab aren't allowed into cinemas, bars and airports.

Indonesia has imposed fines of up to 5 million rupiah (A$477) for people who shun vaccination, while authorities in Greece said the country would end free testing for unvaccinated people to encourage them to get inoculated.

In Australia and across the world, governments and businesses are enforcing mandatory vaccinations for their citizens and staff.

Health bodies in NSW and Queensland have issued public health orders calling for all health care workers to get vaccinated.

In the US, a large number of businesses have already mandated for their staff to get vaccinated, including Delta Air Lines, Deloitte, Facebook, DoorDash, Ford, Google, Microsoft and Netflix.

Penalties for not complying with these orders include termination.