Working holiday makers from Korea and Taiwan are increasingly choosing to make their home in regional Victoria, prompting locals to reach out to their new neighbours.

Working holiday visas offer young people from other countries the opportunity to fully experience life in Australia.  The first visa lasts for a year, and to extend for another year, applicants need to work for three months in a regional location – like Warnambool.

Warrnambool is a regional city located some three hours from Melbourne in Victoria’s south-west. Sitting at the western end of the Great Ocean Road, it’s known for beautiful coastlines, whale watching and green rural landscapes.

Korean Yong-hwan Kwon spent 10 months in Australia as a backpacker in 2013. Before arriving, he paid a Korean recruitment agency and was introduced to work in the Warrnambool meat factory.  He says the job wasn’t exactly as promised.

"I was quite lucky. Because I have a big build compared to other people and stood out a bit, I got in very quickly. In other people’s case, even for men, it could take long two months. In severe cases, I saw someone who just barely manage to get in after waiting for four months. There were many others who gave up and left after a wait.”

Kwon has now returned for his second working visa holiday and is employed at the same job.

"It has great scenery and is clean," Kwon sings the praises of his new locale. "Warrnambool itself is a very clean, lovely city."

The job isn't without its detractions, but Kwon still seems happy with his current circumstances.

"The working conditions isn’t exactly suitable for me to relax and enjoy something like leisure sports on weekends," he explains. "Still I’m very satisfied with the city.”

“First and foremost, the reason for me [to come here] was the hourly rate and the second reason was the fact it’s located near the ocean," fellow meat processor Seung-hoon Han says.

He explains that the the coastal location was a major attraction for him.

"I used to enjoy surfing at Byron Bay and after coming here I’ve been going fishing and surfing," says Han. "When it’s not possible to go surfing, I go out on my skateboard looking around places here and go for a run. That’s how I’m spending my time here.”

Warrnambool City Council estimates there are approximately 800 Koreans and Chinese nationals working at the factory.  To cater for the growing visitor population, a local supermarket expanded its grocery range to include more Korean food products. Belinda Kim, Senior Educator at South West Institute of TAFE, is originally from Kolora, a town less than an hour from Warrnambool and currently lives in Dennington which is located in the City of Warrnambool.  She says her husband is from Korea and they used to travel to Melbourne to get Korean groceries up until a few years ago.

“There was a Thai supermarket that opened probably about three or four years ago and they had some supplies," explains Kim.

"There is a real change in our streets, in our hospitality, and in the kind of food we can access which is fabulous".

"But they were the first store to bring kimchi to Warrnambool,  so we ended up making our own kimchi at home. And you know we just would do our monthly trip to Melbourne to get our supplies until all the supermarkets started to get on board with the food and the shift with a lot more Asians coming into Warrnambool.” 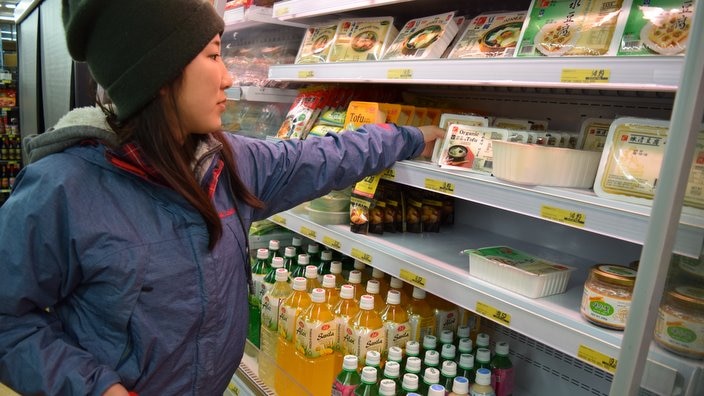 "I’m in discussion with the IGA owner to open a Korean restaurant so I’m just looking into it at the moment, what good items would be," he explains.

Kim says the purpose behind the business venture is clear,  "I think, my job is to attract Chinese, Japanese and Aussies (as well as Koreans).”

As the number of these new residents rises, local townspeople are coming together to meet their needs and offer special support. 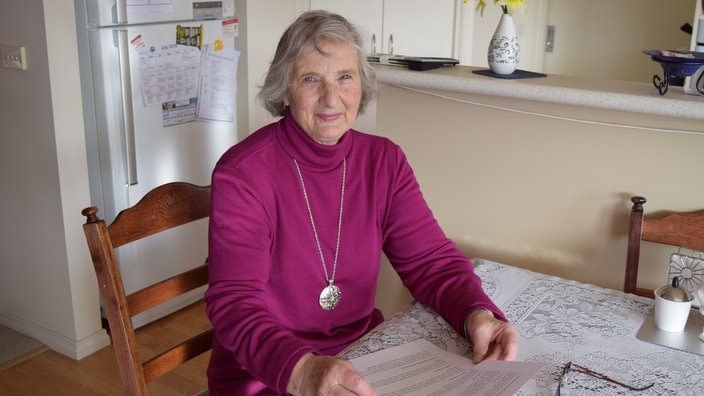 The local Uniting and Presbyterian churches run free English classes every week. Rosalie Newnham, who started English classes at the Uniting church about four years ago, explains how her connections with backpackers started.

“One Sunday after church there were two Korean boys here," Newnham explains. "And one came up to me and asked ‘would I be able to help with their English?’ and I said ‘Oh, yes, I can do that.’

"And I arranged with a Minister that I could meet them in a room in the church here. So it went from there.” 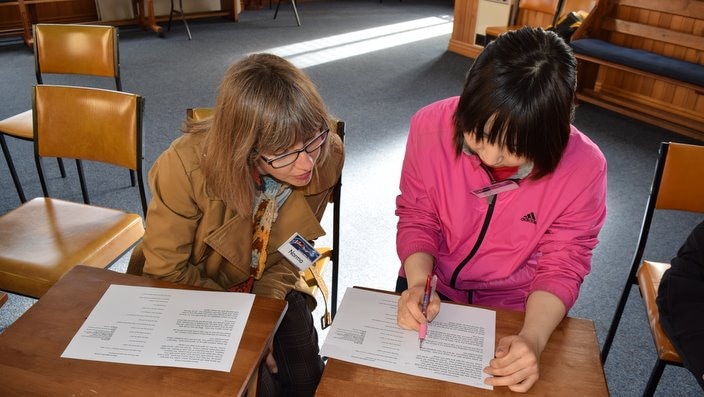 Newnham says that she tried to help them understand about life in Australia.

“We tried to give them as much indication of life in Australia, particularly things around Warrnambool, if something happened, who would they ring, how would they know who to get hold of," she explains.

"I also had quite often invited them, some back down to my house for meals. I got the church, asked the church people if they’d help me take them for trips. So we went down to the twelve Apostles and we went to Port Fairy and.. they saw kangaroos and all that sort of things. And the church people would all donate their time and afternoon tea and things.” As the number of Koreans living in the city increased, Newnham became concerned about their wellbeing.

“I got to the stage of being concerned about so many coming and their needs for someone to talk to, so I got on the computer and I found there was a uniting church, Korean church in Melbourne," she says.

"So I texted them, send an email to them asking if they would be prepared to come up and a minister and his youth worker said they would come up.”

The visit that resulted from her email has turned into a regular and official connection. The Consulate General of the Republic of Korean in Melbourne now holds a ‘Meeting Day with Backpackers’ twice a year.

“For backpacker friends who are staying and working at a distant place from the Consulate, we hold the event to offer them a visiting civil affairs service and counselling, and also to conduct safety education, says Oh-jung Kwon, a Korean consul in Melbourne.

"In addition, because they are living a tough life so far away, as encouragement, we bring a chef along and offer them hotel buffet-style lunch.” 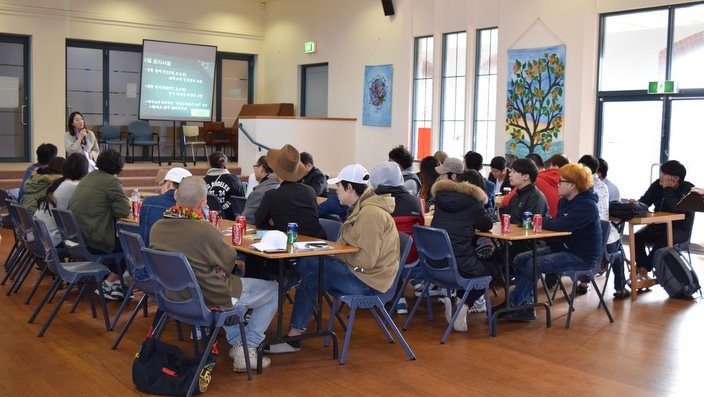 A local resident of some 50 years, Howell believes that they need more migrants for growth in population and economy.

"Once they used to come as far as the Twelve Apostles," says Howell, referencing the iconic tourist spot along the coast. "Now they are quite often coming down to Warrnambool, to Port Fairy and even onto Portland.

"So the more people get exposed to the region, see opportunities here for either lifestyle, employment or perhaps for bringing up their children. It’ll change, it’s inevitable."

Howell says that backpackers usually keep to themselves but having conversations with people in the community is very important.

"Just get out and explore the community," he recommends for newcomers trying to find their feet. "Try all the different things that are available here. Be prepared to speak with somebody who’s local. Don’t be afraid of the locals, just interact, join in and have a conversation." Lisa McLeod says that soon there will be a good opportunity just to do that.   A Community Planning and Policy manager at Warrnambool’s City Council, McLeod says the council has been working with Victoria police, recreation clubs and community services to develop a special event.

“I think the first half is Korean and then the rest of the day will be Chinese so just so we make sure that we cater the languages so people can access the information being provided, she explains of the new 'Welcoming Day'. "But everybody is welcome all day. There will be lots of activities going on and lots of information available and a range of different languages available and translations available.”

Ms McLeod says the international holiday workers are a positive influence on the community.

“There is a real change in our streets, in our hospitality, and in the kind of food we can access which is fabulous," she says.

"I mean in a rural city, a regional city things can stay the same for a long time and it’s really nice to have this injection of new people, new faces, new foods, new culture and for us to think about how we welcome that and share that culture, but also share ours back. So we want it to be really positive experience.”

The council’s inaugural Welcoming Day, the first of its kind in this area, was held on October 29 this year. 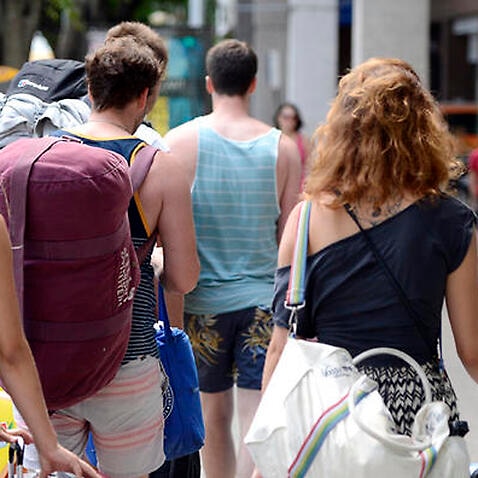 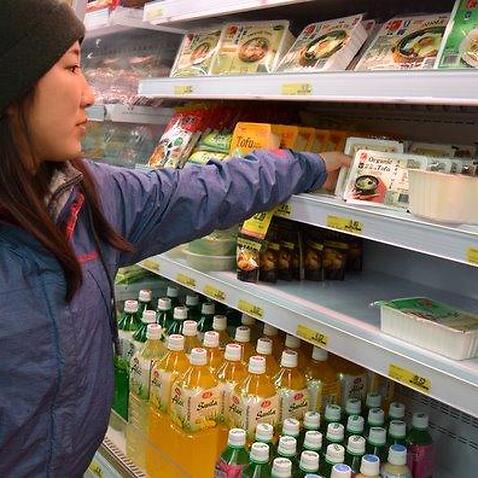