Shadow Minister for Immigration and Border Protection Shayne Neumann says Labor will not sit by silently if there are any moves to make it harder for migrants to be permanent residents.

The Australian government is considering a proposal to introduce a mandatory provisional visa before migrants are granted permanent residency in the country.

The Immigration Department, in its Visa Simplification: Transforming Australia’s Visa System discussion paper, released in July this year, sought views on whether  a prospective migrant should “spend a period of time in Australia before becoming eligible for permanent residence” and What requirements should underpin a migrant’s eligibility for permanent residence?” Shadow Minister for Immigration and Border Protection, Shayne Neumann, said the discussion paper’s language is “pejorative” and that he’s concerned about what the Government is attempting to lead to with the visa simplification.

“Labor won’t sit-by silently if there are any moves to erode or undermine the non-discriminatory nature of Australia’s migration program or make it harder for certain migrants to become permanent residents or citizens,” Mr Neumann said while speaking at the Migration Institute of Australia’s National Conference on Thursday in Melbourne.

Referring to purportedly leaked cabinet documents, Mr Neumann said the Department of Social Services had raised concerns that proposed change to permanent residency may create a two-tiered society or even potentially increase the risk factors that may lead to violent extremism.

Fairfax Media reported in November last year that the Federal Government was to discuss this move and a “sensitive” and “protected” note was seen by the national security committee which was to be brought before the cabinet this year.

The discussion paper argued that it’s in the national interest to have mandatory provisional stages for some permanent visas.

However, it says most permanent visas do not require migrants to spend any time in Australia before they can apply for or are granted permanent visas, which it argues in “inconsistent” with “like-minded countries”, such as the UK, The Netherlands and the US that have a “more formal assessment process and period for evaluating those who seek to stay permanently”.

Mr Bhullar says as a migrant on a temporary visa just arriving in Australia, he had to pay hundreds of dollars in health insurance premiums in the absence of Medicare cover is a significant drain when he was just starting off and didn't have a stable income.

"It is a significant drain when I was just starting off and didn't have a stable income," he said. "It's not a pleasant experience to recount all this." 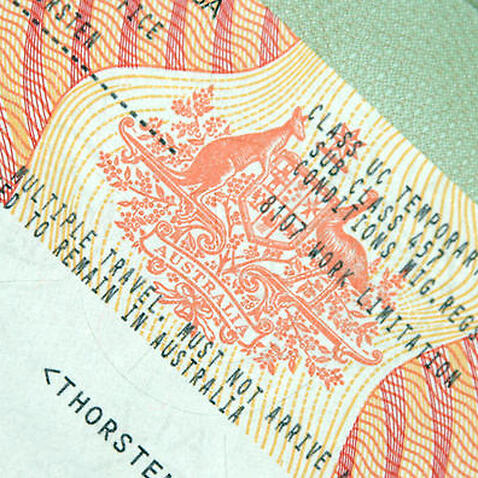