Celebrated for its multiculturalism, the state of Victoria has also now become home to the largest granite Hindu temple in the southern hemisphere.

The Vakrathunda Temple, the first ever shrine built in Victoria dedicated to Lord Ganesha, has been renovated at a cost of four million dollars and is all set for the consecration ceremonies. Located in the Basin area of Melbourne, the eleven shrines within the temple have all been converted into granite structures giving the temple a new grace with all its new architectural intricacies paralleling the great Thanjavur temple(India), one of the world heritage sites and a standing testimony to the Tamil architecture.

Mr. Purushothaman Jeyaraman, the architect of the structure, said that his imagination was fuelled by the renowned traditional temples erected during the era of the Chola dynasty thus causing him to design the temple in line with the Dravidian system of architectural finesse. 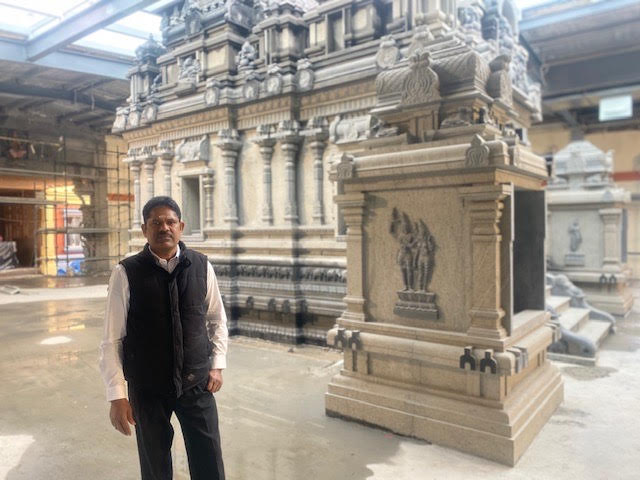 Concurrently, this might raise the eyebrows for many as to what warranted the renovation of this temple, built thirty years ago, at such a huge cost.

Mr. Bala Kandiah, President of the Melbourne Vinayagar Hindu Sangam, explained that the number of Hindu migrants to Australia has increased multiple times, and given this, the need to alter the dimensions of the temple and the facilities available has become the need of the hour, added Mr. Balaa Kandiah. 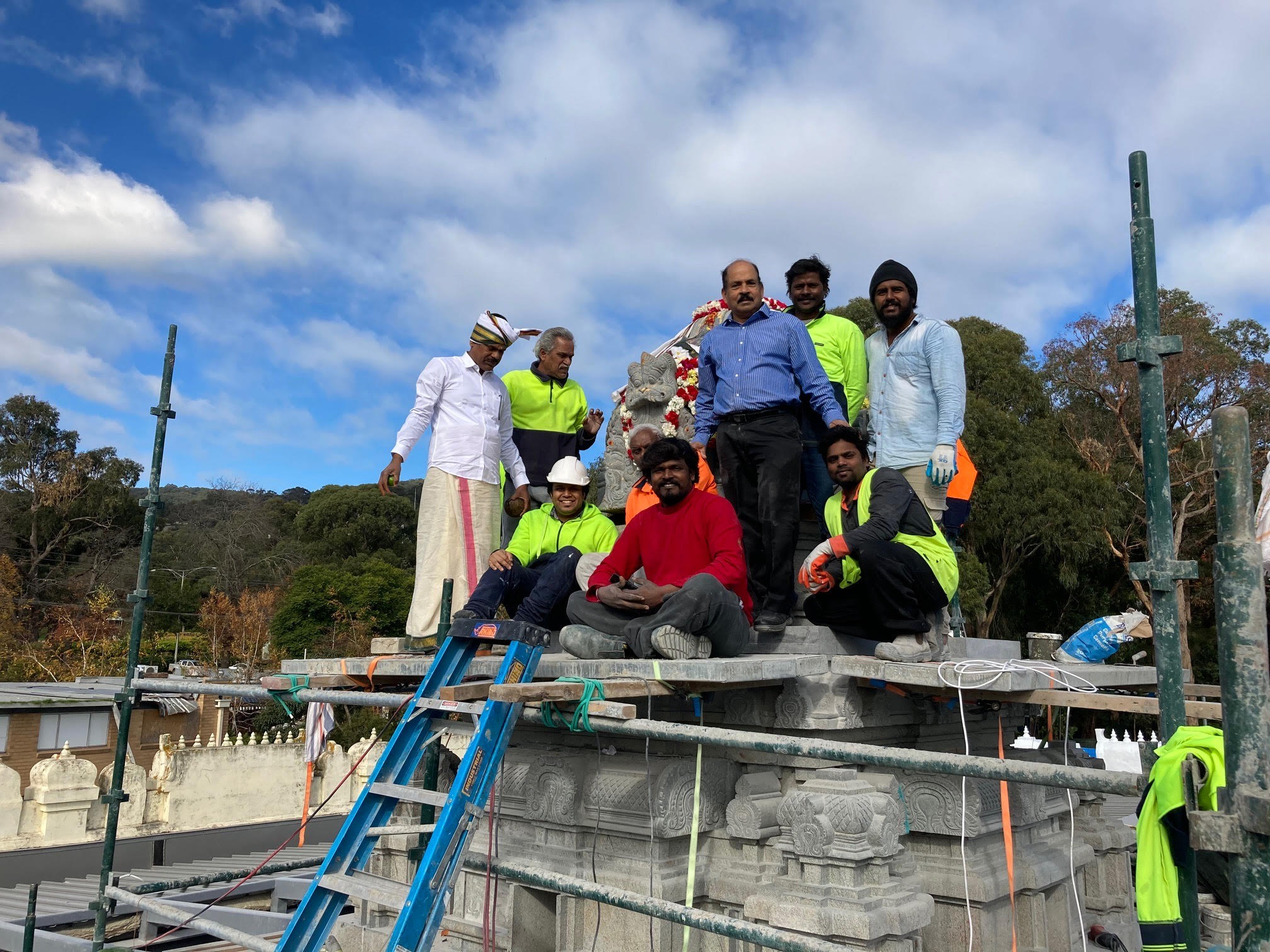 When told that the huge expenditure has given rise to criticisms, Mr. Bala Kandiah replied that the original plan was to only spend two and a half million dollars. However, the donations increased as many people came forward to make financial contributions and the funds are spent on the development as per the wishes of the temple patrons. We had asked if this temple, built in Australia reflecting the traditional architectural grandeur of the Tamil people, incorporated any of the identities and richness of the Australian aboriginal peoples.

Though there are no such aspects at his stage, the temple administration will discuss the inclusion of these features in future, said Mr. Purushothaman Jeyaraman. Nearly one hundred granite cutters had contributed their skills in sculpting the one thousand two hundred granite stones, and the challenges he had encountered until the shipment arrived in Melbourne were numerous, said Mr. Purushothaman Jeyaraman. He also expressed happiness that the whole project was completed within a year. This creation of art has resulted from the sheer hard work of Australian architectural experts and craftsmen brought in from India, but the coronavirus has brought about circumstances where the public cannot view this structure yet. The Melbourne Vinayagar Hindu Sangam is currently unable to fix a date for the holy consecration ceremonies due to the COVID-19 restrictions and a decision will be taken in regard to this once the controls ease off, added Mr. Bala Kandiah.