On the 25th of April of each year, Australians and New Zealanders celebrate the national day of remembrance to all “"who served and died in all wars, conflicts, and peacekeeping operations" and "the contribution and suffering of all those who have served". Anzac Day has become a national day, a day where all Australian pay respect to their armed forces, to the men who sacrificed their lives in duty to their country.

This year marks the 102 years since the Gallipoli landings, Australia's first major conflict of World War One.

Whether you are participating in the services or watching it, you can’t but notice the symbols correlated with this national day. This is held at dawn, and is a routine still performed by the Australian Army. This time was favoured amongst the army for an attack. The soldiers were woken before dawn and held their weapons; this is still known as the ‘stand-to’.

Originally, this meant the end of the day for soldier. It was the signal for putting the lights out. Nowadays, this is played in honour of the warriors, as a farewell and tribute to them. In most ceremonies of remembrance there is a reading of an appropriate poem. One traditional recitation on Anzac Day is the Ode.

“They shall not grow old as we that are left grow old Age shall not weary them, nor the years condemn, At the going down of the sun And in the morning, We will remember them.” 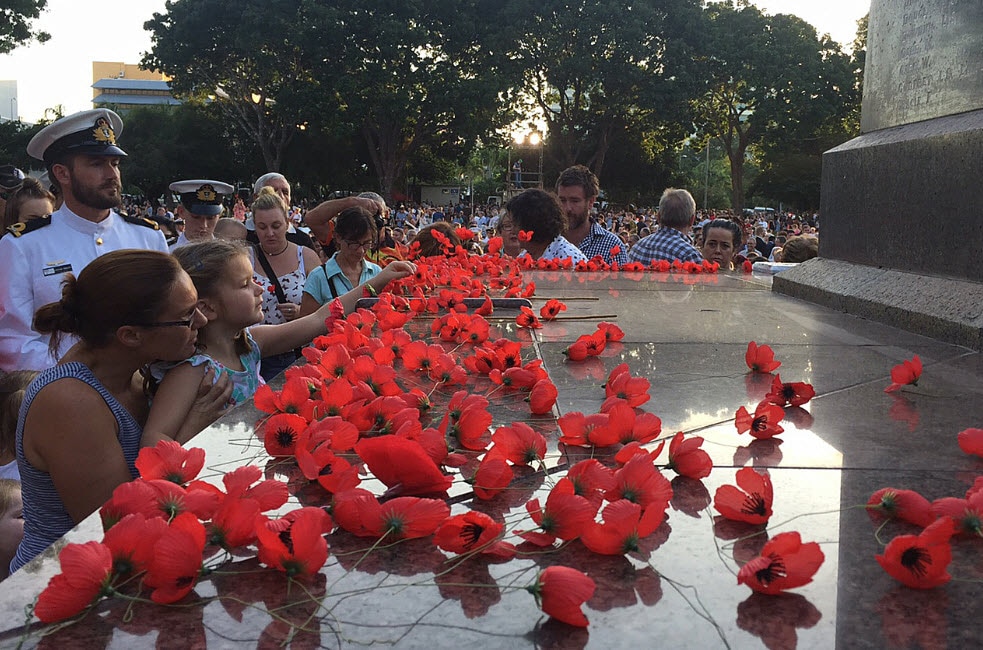 A young girl lays a poppy on the Darwin cenotaph following the Anzac Day dawn service at the Bicentennial Park in Darwin, Saturday, April 25, 2015.
AAP/Neda Vanovac

The red poppies grew wild in Europe after the WWI. They rose from fields watered by the blood of hundreds of thousands of soldiers, including Australians. It has become a symbol of remembrance to the Australian service man and women who gave their lives in wars and conflicts over the past 102 years. 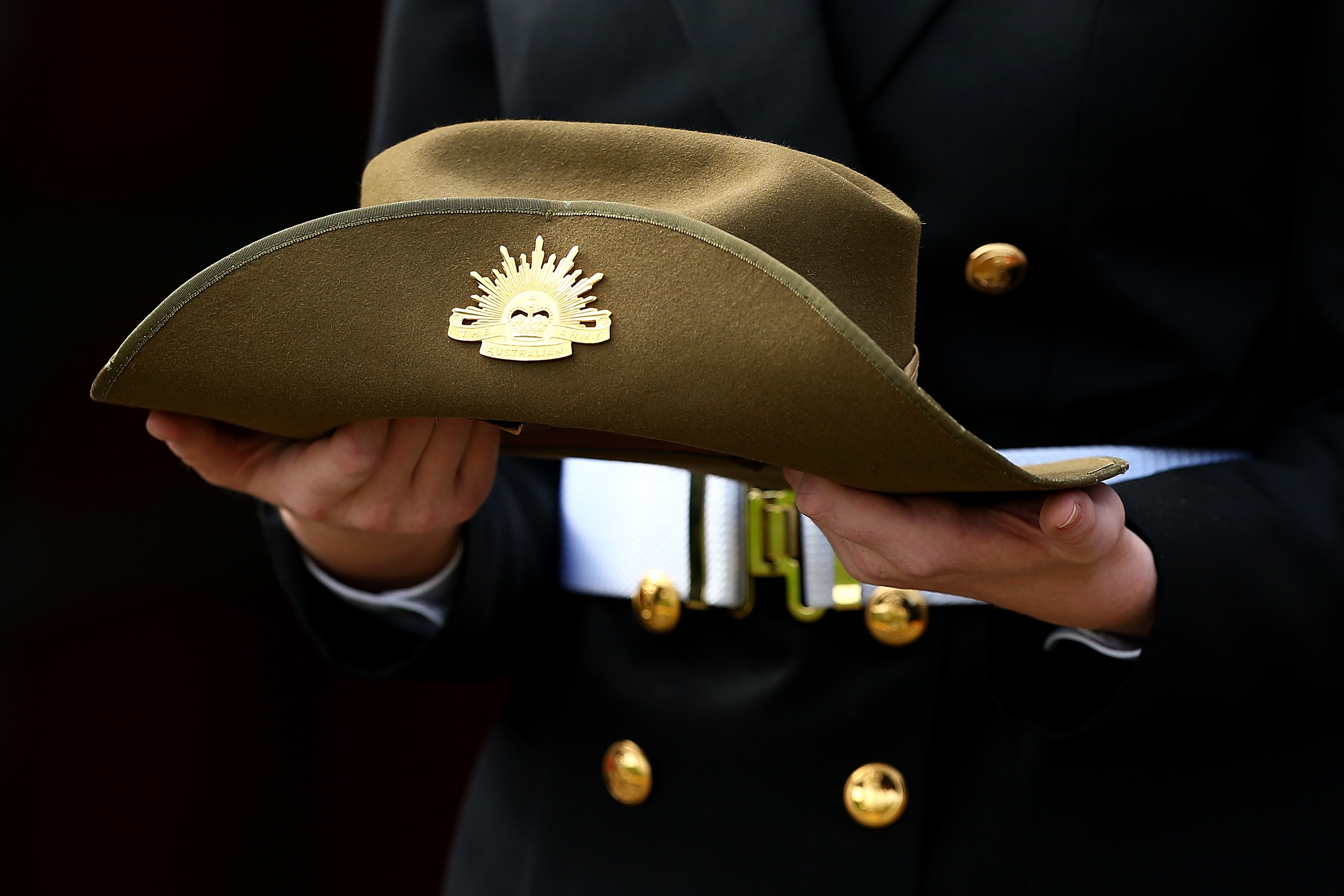 the khaki hat is associated with the Australian soldiers. It was first adopted in the 1890s and worn overseas in the South African War. Soldiers had this as a substitute for bread. It was called the ‘bullet proof’ biscuit, for it was notoriously hard and had a long shelf life. Since the ancient Greek times, rosemary was believed to make memories stronger. On Anzac Day, a sprig of rosemary is work signifying remembrance. Rosemaries also grew on the hills of Gallipoli.

Simpson and his Donkey: Jack Simpson Kirkpatrick was one of Australia’s most famous, and best-loved military hero. As a child, Jack worked for a donkey owner. In Perth, because of his strong physique, Jack was chosen as a field ambulance stretcher bearer.

In Gallipoli, wounded and dead soldiers were carried back to the beach over shoulders. Jack saw donkeys there and thought he could use them to carry the wounded. It is thought that during his 24 days there, Jack was able to save 300 men, before dying by an enemy machinegun fire on 19 May 1915.