Australia’s only program teaching primary education in Macedonian and English is celebrating its 35th anniversary this year in Melbourne’s north.

Established in 1984, the Macedonian Bilingual Program at Lalor North Primary School is one of 12 such language programs in Melbourne, providing regular bilingual education for students from foundation to year six.

“Parents’ interest in enrolling their children in this program is growing each year. Currently, a record number of 108 students have been enrolled,” says the Macedonian program’s coordinator, Mirjana Andovska.

This unique Australian program gives primary school students the opportunity to study not only the language of Macedonian, but other subjects taught in-language, like mathematics. As such, the participating students at Lalor North Primary School learn in Macedonian for between seven and 12 hours each week.

Andovska has been part of the school for 22 years now and says the program is a great success. According to her, many of their students have won scholarships to prestigious secondary schools in Melbourne and continued academic success later in life.

There are even examples of former students who returning to Lalor North Primary School to be teachers within the Macedonian Bilingual Program. 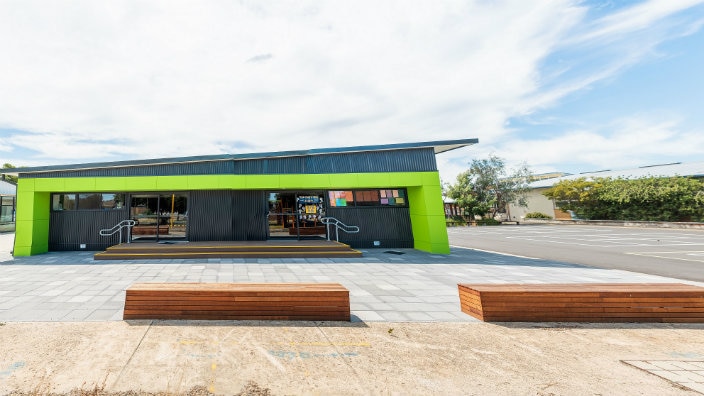 “Some of our students are third-generation Australian-Macedonians and many of their parents are not able to read and write in Macedonian," says Andovska.

“So we see a situation where those parents start to learn the language along with their kids, who are very proud of being able to teach their parents something.”

The program has educated multiple generations of Australian-Macedonians so far, with many of those students belonging to two different generations of the same family.

Monika Konjarska, 34, and her son Ethan, a current year two student, are one such example. When Monika recalls studying in the program during the mid-1990s, she remembers a nurturing environment that made her feel more comfortable being at school.

“For me and my family, a bilingual education was important not only to strengthen my ability to learn, but also to understand the true importance of my background and culture, and the importance of our traditions.

“Being able to communicate and switch between two languages at a time is unique and I feel privileged that I had the opportunity to learn both languages,” says Monika.

Twenty years later, Monika’s son Ethan is enrolled in the program as she wants him to gain as deep an understanding of Macedonian culture and language as she did in the program.

“I feel that the teachers guided me in a stable and positive direction and know they will do the same for my sons. I also want my son to know where we come from, speak and understand the language and traditions so he is able to pass it on to generations to come.”

Monika believes that such a program offers a uniquely valuable experience to people of Macedonian background in Australia.

“The importance of this program is to continue to teach our language, culture, history and Macedonian traditions in generations to come so we do not forget where we originated from even though we live in a different country and take upon some or their cultural differences,” says Monika.

“I love to learn Macedonian because it’s fun and I am able to talk and understand my parents and grandparents. I can also speak two languages which makes me special.”